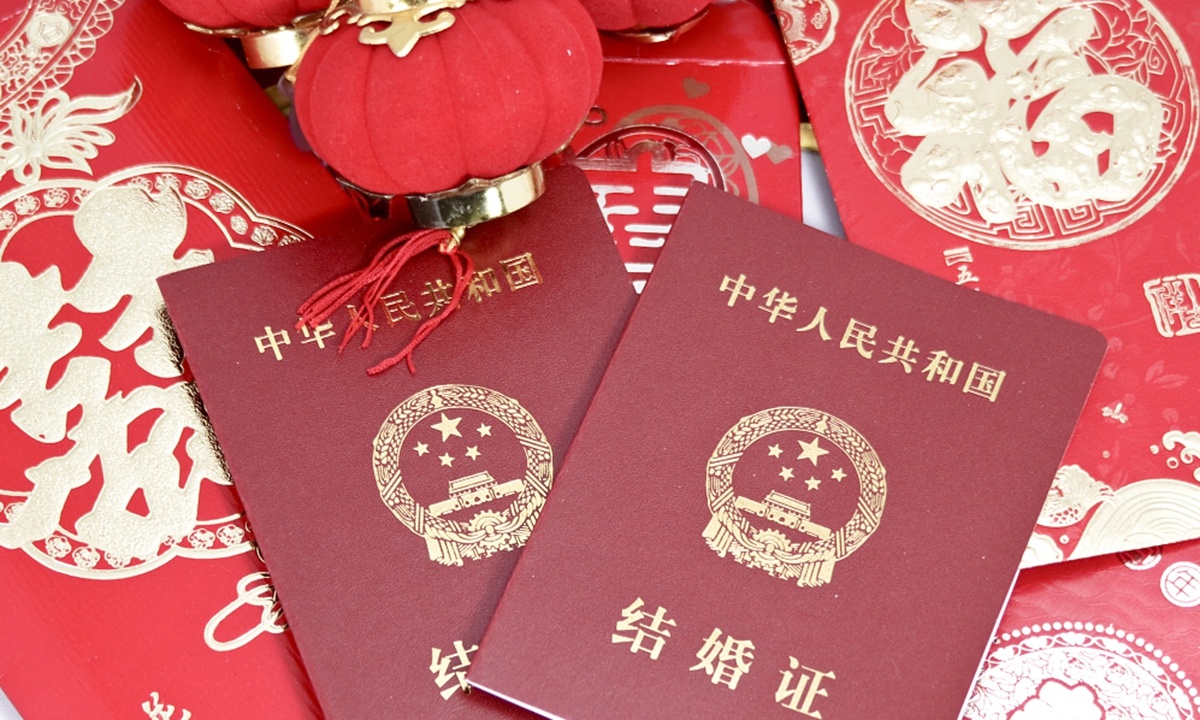 March 14, 2021 may be a normal Sunday for people in many other countries, but heaps of Chinese couples have viewed it as a god-given blessing and special day for marriage registrations as when the date is written as 2021314, the last four figures sound like "lifetime" in Chinese.

Due to demand from many Chinese netizens, civil affairs authorities, which is in charge of marriage registration, in many places across the country said that they would like to work overtime to bless the couples a lifetime of love.

Civil affairs bureau in places including Xinji in North China's Hebei Province, Zhengzhou in Central China's Henan, Ma'anshan in East China's Anhui Province and Panjin in Northeast China's Liaoning, would open on Sunday for marriage registrations, according to media reports.

The civil affairs bureau in Hengyang, Central China's Hunan, also announced on Saturday, that besides the special meaning of the date in Chinese, they would also work overtime on some other dates that netizens believe as symbolling lucky, such as June 6 with 'double six' meaning that everything goes well in Chinese culture.

The decisions followed the civil affairs authorities in Huaihua, Hunan, earlier this month, refused to work overtime on March 14, which triggered some debates among Chinese netizens.

Many netizens hailed the authorities' decision to work overtime, saying it is a touching move that civil affairs workers responded to their demands. They expressed their thanks to the caring civil workers.

This is also an especially warming and encouraging gesture after the depressing COVID-19 outbreak that caused many marriage registrations delayed, in addition to the continuous declining marriage rates among Chinese youngsters in recent years, some netizens said.

Some doubted such kindness as they said civil affairs workers also have the legitimate rights to get some rest on weekends and it is a kind of "moral kidnapping" to demand them to work overtime just because some people want to get married on so-called lucky days.

Some observers said that it is true love, rather than lucky days, that will guarantee lifetime marriage.