A Chinese medical team has been praised by Tanzanians and the World Health Organization for its hard work controlling snail fever, or schistosomiasis.

Over the past three years, the expert medical team has treated more than 6,000 patients, according to a report released by the China International Development Cooperation Agency on Tuesday.

The team provided medical services, built medical facilities and educated medical staff about preventing and attacking a parasitic flatworm which remains in the body for years and damages organs such as the bladder, kidneys and liver.

The Chinese medical experts were dispatched in 2017 to Zanzibar, a region plagued by the acute and chronic disease especially prevalent in poor communities without access to safe drinking water or adequate sanitation.

Some of the team said that their hearts sank when they conducted urine sample screening of Zanzibar schoolchildren.

There was nothing unusual about their patients' appearance, but judging from the color of their urine, many were already infected, team members said. 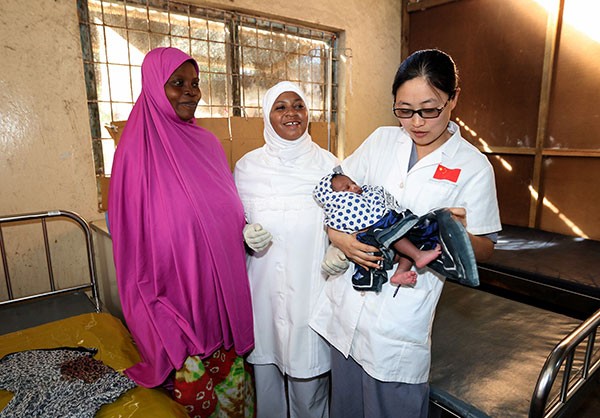 These children’s lives had just begun but they would be devoured by the disease if left untreated. The belief that no infant should lose out at the starting line of life motivated the Chinese experts to visit families in villages and conduct epidemiological investigations.

The rugged mountain roads often turned wet and slippery with the rain, making it impossible to walk in ordinary shoes. So the team often went barefoot.

When there was no road, the team studied the geography of the trees to figure out the right direction. They team would often have to march more than 20 kilometers to find a village. Each time the team would stay at the village until every villager, especially the children, took oral medication.

The team also developed a safe water supply project, eliminated freshwater snails and reduced the incidence of the disease to less than one percent in pilot project demonstration areas.

Their achievements were highly rated by residents and the World Health Organization's evaluation team.