The Chinese military has begun to carry out exercises in the northern Yellow Sea starting Monday, according to the Maritime Safety Administration. 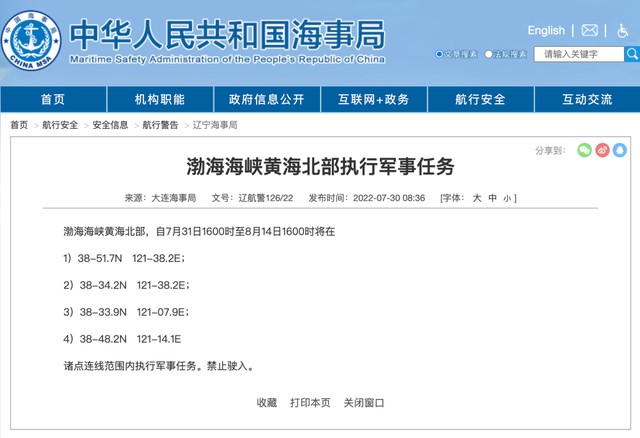 The administration said in a navigational warning published on Sunday on its website that the exercises would last 14 days. It released geographical coordinates of the drill zone, asking ships not connected to the event not to enter the zone. The administration did not elaborate.

The People's Liberation Army has conducted several live-fire exercises over the past days.