The Central Military Commission has released a set of revised regulations regarding the work of the Communist Party of China disciplinary inspection commissions in the armed forces, which will take effect on April 1. 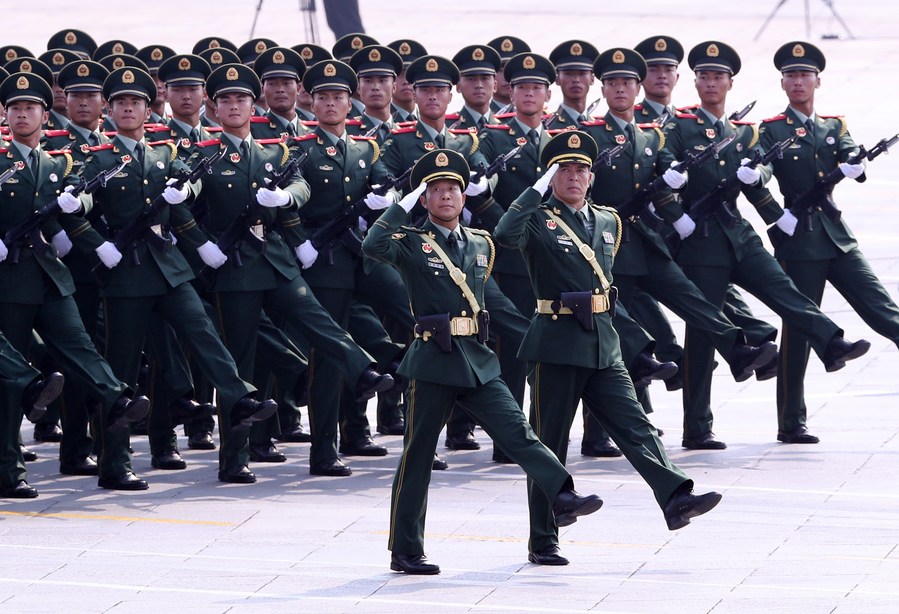 A formation of armed police force takes part in a military parade marking the 70th anniversary of the founding of the People's Republic of China (PRC) in Beijing, capital of China, Oct. 1, 2019. (Xinhua/Yin Gang)

The implementation of the regulations will be of great significance to the reform of the military discipline inspection and supervision system, and the efforts to improve Party conduct, build Party integrity, and combat corruption within the armed forces, a statement on the issue of the regulations said Sunday.

The document gives priority to the Party's political building, while focusing on strengthening self-supervision of discipline inspection commissions to ensure their power is exercised in accordance with Party regulations and the law, the statement added.