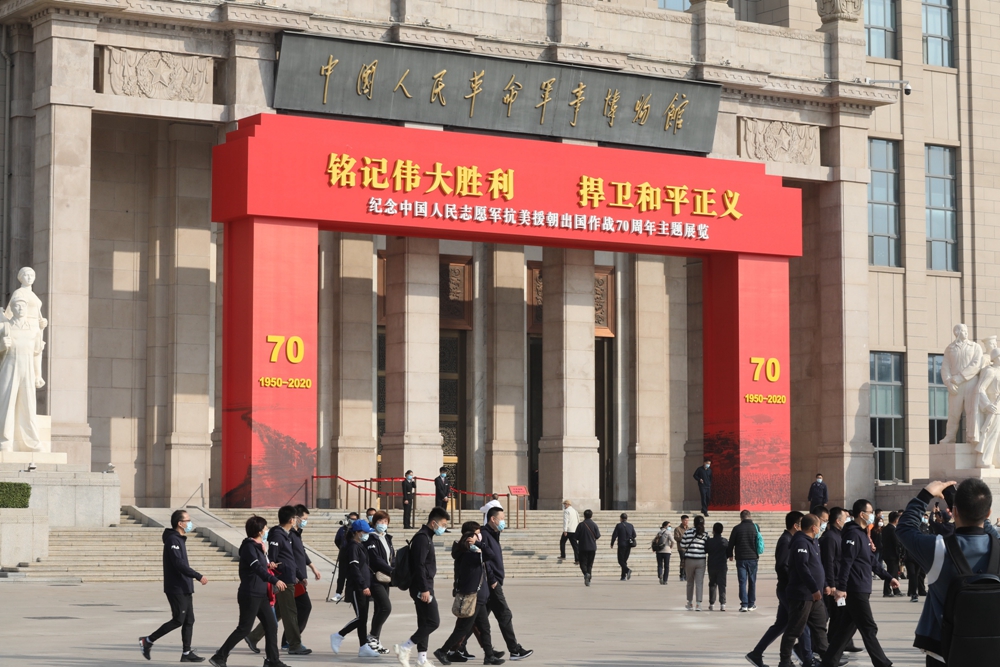 The Military Museum of the Chinese People’s Revolution reopened to public on Sunday. An exhibition commemorating the 70th anniversary of the Chinese People’s Volunteers (CPV) army entering the Democratic People’s Republic of Korea (DPRK) in the War to Resist US Aggression and Aid Korea held in the museum has attracted many visitors. Over 1,900 exhibits are on display to illustrate the history of the war. (Photos: Beijing Daily; Compiled by Huang Yuzhang) 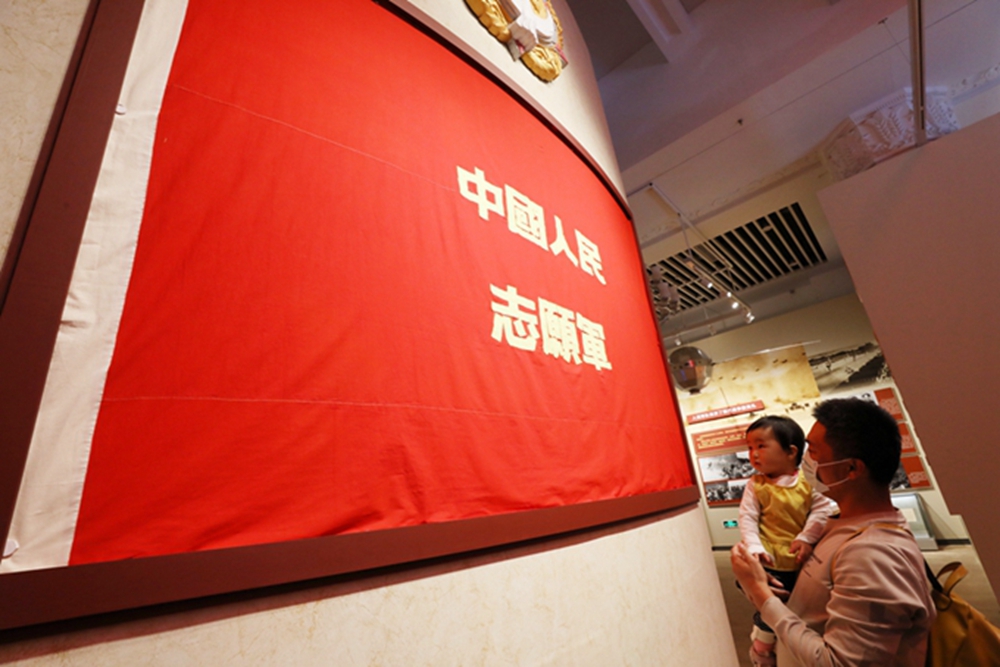 The museum opens at 10 am, but Chen Ran, a freshman from Beijing Jiaotong University, queued up at the gate of the museum at 9 am. She dreams of being an air force pilot in the PLA and regards the CPV army as her role models, and she bought the ticket for the exhibition the minute she heard the news about the reopening of the museum. 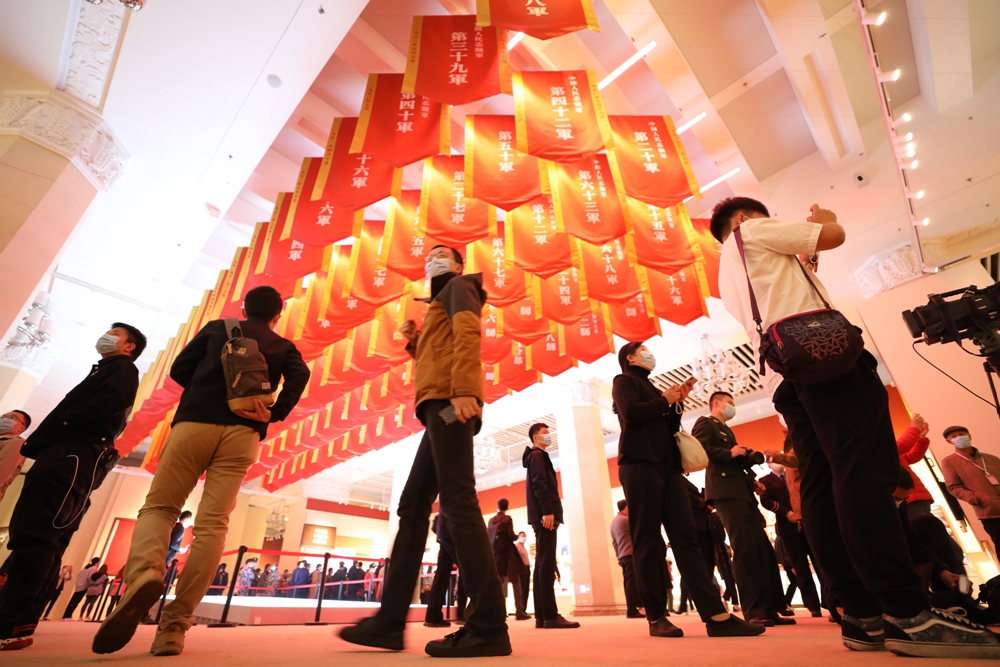 Visitors started to enter the museum at 9:57 am. Wang Dan, a visitor from Tianjin, took her seven-year-old daughter to see the exhibition in Beijing. She told her daughter that the CPV soldiers are called “the most admirable people” in China, and she wanted her daughter to become a good person like them. 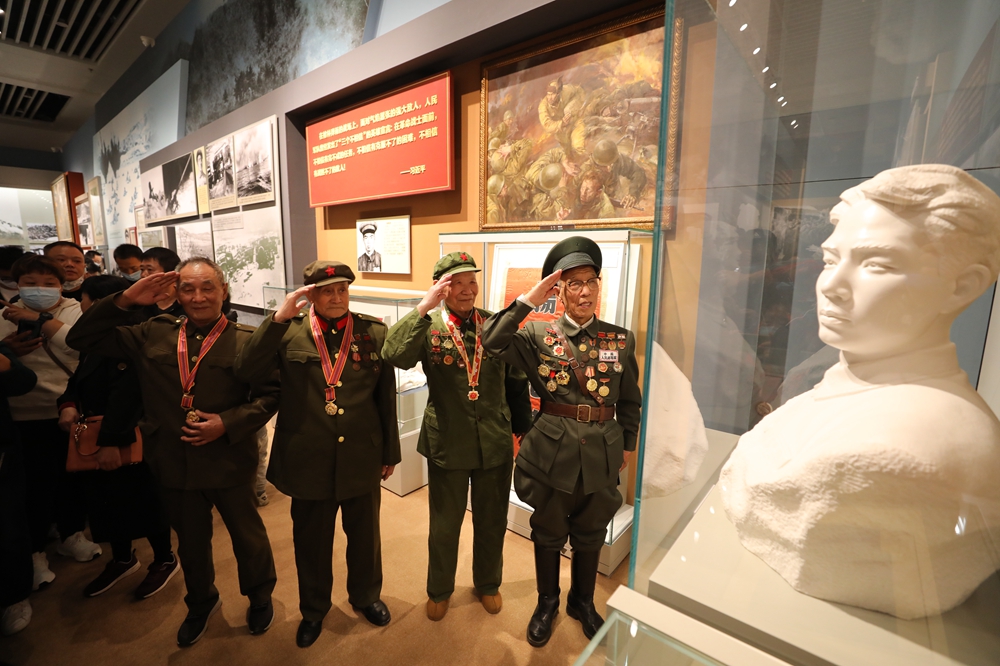 Veterans wearing medals are saluting the bust of a hero in the War to Resist US Aggression and Aid Korea in the museum. 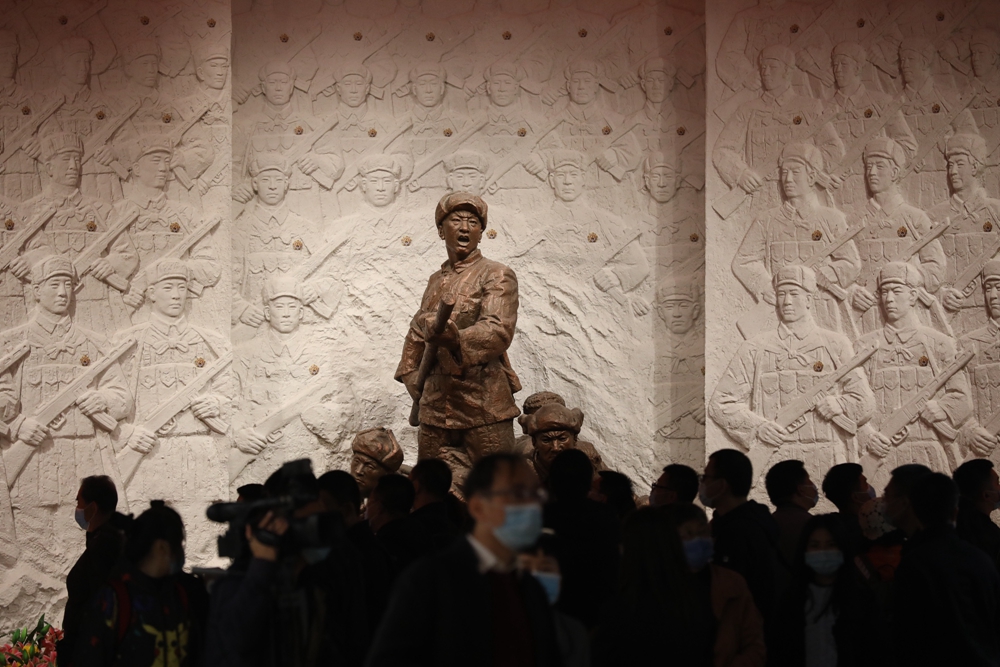 Passing by the statues of soldiers in the War to Resist US Aggression and Aid Korea, visitors are provided with an opportunity to get close to the history of the war from the exhibits. 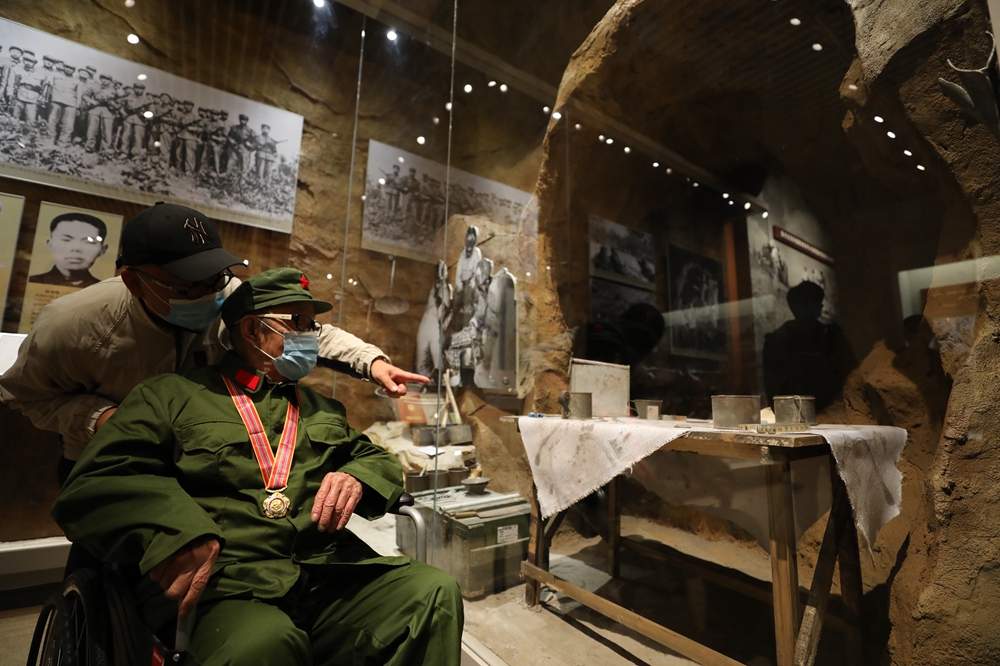 Han Tingfu, a 94-year-old CPV veteran, is visiting the exhibition while sitting on a wheelchair. He started fighting the war on August 15, 1951. Wang Zhiwei, grandson of the veteran, said, “My grandpa never told us about his experience during the war, because he thought fighting for the country was what he should do.” 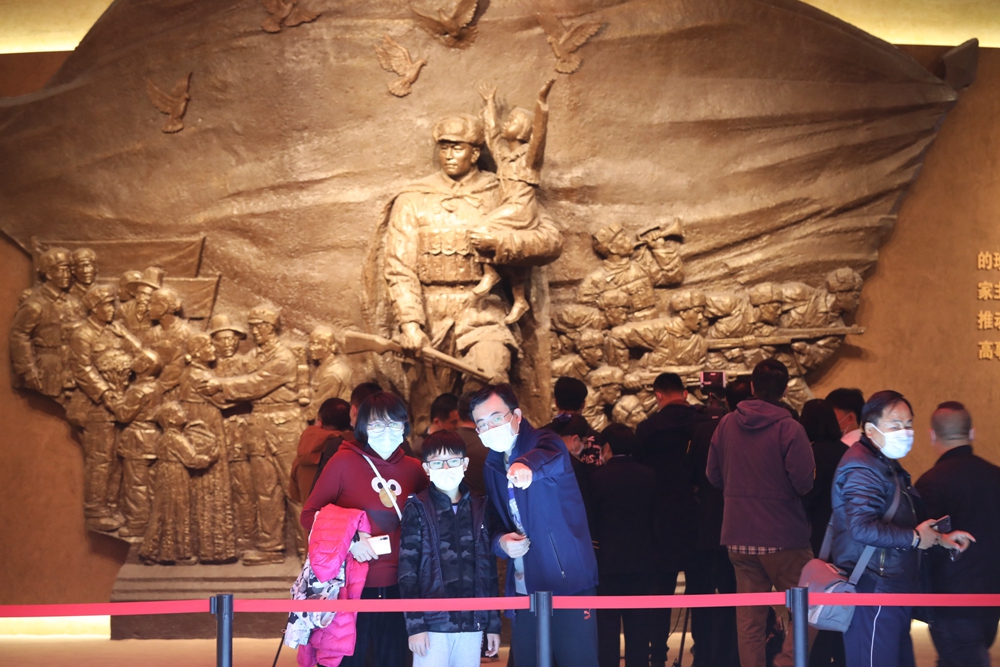 Many visitors wanted to take photos with the veteran. Han Tingfu always agreed their request, smiling on his wheelchair. “I liked searching for information about the war when I grow up, and I have come to realize the difficulties faced by the CPV soldiers,” Wang said. “I took my grandpa here to relive his youth and gain strength from history.” 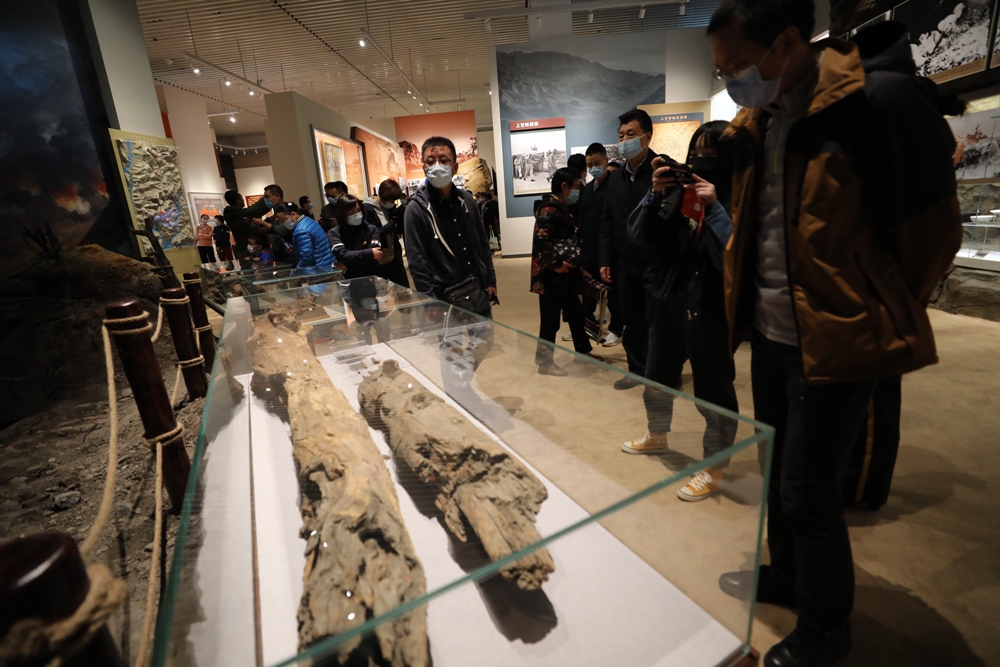 A visitor took some photos with the veteran and sent them to his family with the following words, “The CPV army bravely charged under the rain of bullets. They never stepped back, because they wanted Chinese people to enjoy peaceful lives. I’m very happy to meet a veteran in the museum and take photos with this most admirable person.”