The Chinese military opposes foreign powers bolstering their naval presence in the South China Sea, calling the actions detrimental to regional peace and stability, a spokesman for the Ministry of National Defense said on Thursday. 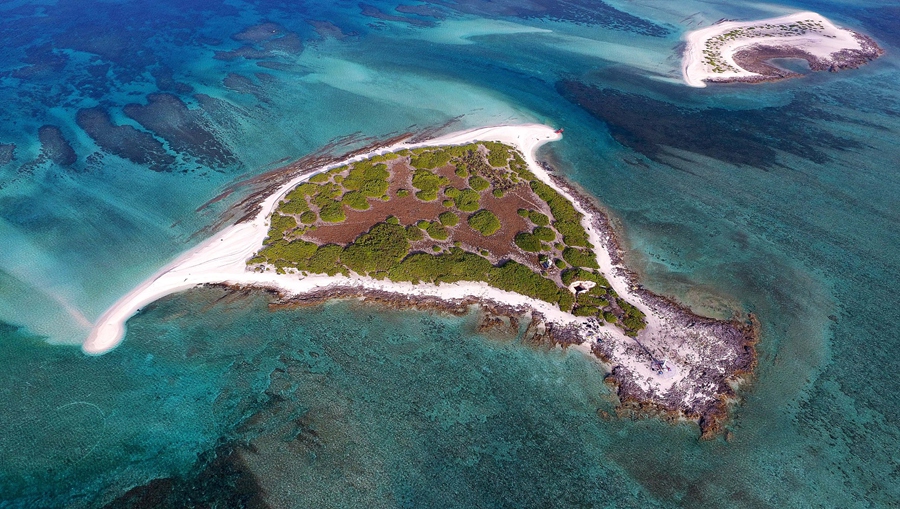 The Nanshazhou of Xisha Xuande Islands is a tiny islet in the middle of South China Sea. (Photo: Xinhua)

The People's Liberation Army will remain highly vigilant and keep monitoring the activities by foreign naval forces in the region, Senior Colonel Wu Qian, the ministry's spokesman, said in a news release.

Wu made the remarks amid recent "freedom of navigation" operations by the United States Navy. Since mid-April, the US and Australian navies conducted joint military exercises in the South China Sea.

"Reality has proven once again that the US is the biggest facilitator of the militarization of the South China Sea, and is a trouble-maker for the region's peace and stability," Wu said.

"The PLA will remain on high alert, and adamantly safeguard national sovereignty, security, and development interests, as well as the peace and prosperity of the region."

In response to the US Naval Institute's two articles published in early April, which called for the US to encourage the use of privateers to attack Chinese ships by issuing letters of marque - a document authorizing privately-owned ships to capture enemy merchant ships, Wu called the idea "an act of piracy".

"These actions are criminal activities explicitly prohibited under international laws, and will absolutely receive joint opposition and severe backlash from the international community," he said.

Wu said that publicly endorsing piracy has exposed the hegemonic ideas and law of the jungle mentality behind the authors, "and the international community should be on guard against these thoughts".

When asked for comments on Taiwan defense authorities' accusing the Chinese mainland of military coercion and threats against the island, Wu said that Taiwan island is part of China, and PLA activities around the island are aimed to safeguard national sovereignty and territorial integrity.

"Our activities target a few Taiwan secessionists and their activities, not the majority of Taiwan compatriots," he said. "Any form of military resistance against reunification goes against the nation's righteous principles, and is doomed to fail."

As for efforts against COVID-19, Wu said the PLA has sent medical supplies and experts to many countries, such as Iran, Pakistan, Myanmar, Laos, Cambodia, Vietnam and Lebanon. The PLA medical teams also held seminars with peers from Pakistan, Singapore and Russia.

"The pandemic is a common enemy to mankind," he said. "The PLA will continue to collaborate with foreign military authorities to jointly tackle the pandemic."