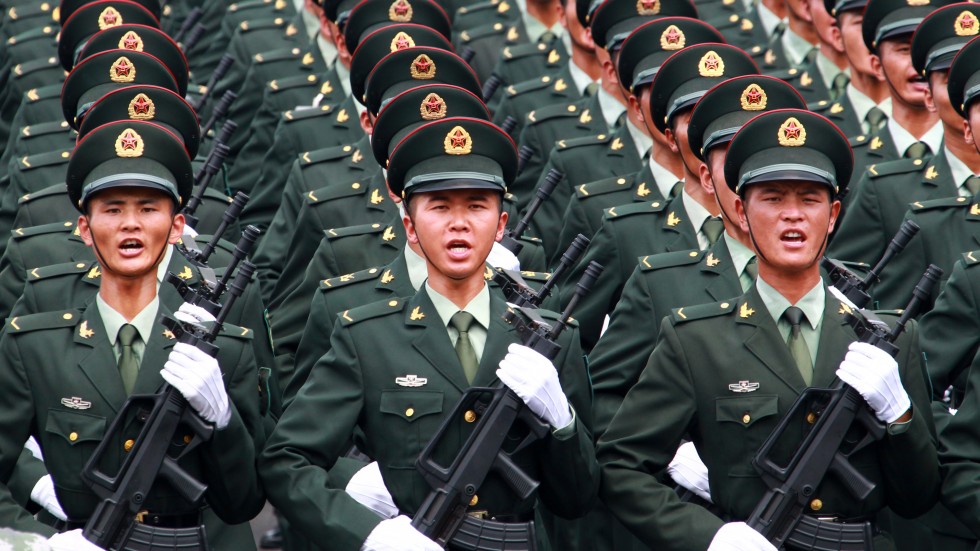 When delivering a report to the 19th CPC National Congress on Oct. 18, 2017, Xi Jinping, general secretary of the CPC Central Committee, said that the modernization of national defense and forces should basically be completed by 2035, adding that the country's armed forces will have been fully transformed into world-class forces by the mid-21st century.

To realize these goals, Xi, also Chinese president and chairman of the Central Military Commission, stressed in his report efforts to enhance the political loyalty of the armed forces, strengthen them through reform and technology, and run them in accordance with the law.

Xi stressed the comprehensive strengthening of CPC leadership and Party building in the armed forces to ensure a solid political guarantee for the building of a strong military at a Central Military Commission (CMC) meeting held in August.

Shortly afterward, the CMC issued a document on the decision in order to strengthen Party building in the armed forces in the new era. It stressed that the absolute Party leadership over the armed forces must be reinforced and the system of the chairman of the CMC assuming full responsibility for military affairs should be fully enforced.

To enhance political loyalty, troops nationwide have strictly observed political discipline and rules, resolutely safeguarded Xi's core status and the authority of the CPC Central Committee and its centralized, unified leadership, and implemented the responsibility system for the CMC chairman.

In July, the military started recruiting "civilian personnel" in an effort to build talent-strong armed forces. The recruitment mission, which was the first of its kind since deeper reform was introduced to the national defense and armed forces in late 2015, has attracted a large number of applicants.

Apart from assembling the best minds, the military has also updated and rejigged its systems and structures to enhance real combat capacity and eradicate institutional barriers.

The general command for the Army of the People's Liberation Army (PLA), the PLA Rocket Force and the PLA Strategic Support Force have also been established. The four former military headquarters have been reorganized into 15 new agencies under the CMC, while five PLA theater commands have been established, replacing the previous seven military area commands.

Moreover, the military has also improved the proportion of various troops, reduced non-combatant institutions and personnel, and optimized the size and structure of the army.

Defense-related science, technology and weaponry have become a focus of the development of military-civilian integration.

With achievements such as the BeiDou navigation system, supercomputer Tianhe-2 and the submersible Jiaolong, the integration has been digging deep into the areas of cyberspace technology, production of high-end equipment, marine resources and the space industry.

As a large number of world-class weaponry comes into service, forceful material and technological support has been established to build the people's armed forces into world-class forces.

RULE OF LAW A MUST

On Dec. 5, 2017, the CMC released a circular on implementing strict law enforcement to ensure full and rigorous governance over the Party and run the military in accordance with the law, drawing out the standard and bottom line for discipline and law enforcement, and covering the entire military.

As the foundation of strengthening the armed forces, strict governance in accordance with the law must run through the whole process of building a strong national defense and armed forces.

Strictness has been leading the way in tightening up oversight of discipline compliance and accountability, with a "zero tolerance" attitude set for any violations of the law or discipline. Meanwhile, the practices of formalities for formalities' sake, bureaucratism, hedonism and extravagance have resulted in strong punishments, and all paid services of the military have been terminated to eradicate any grounds for corruption.

Under the guidance of Xi's thought on strengthening the military, the armed forces are taking big steps toward the goal of building a strong army in the new era and building themselves into world-class forces.