CHINA Chinese military to participate in strategic drills in Russia

Chinese military to participate in strategic drills in Russia

The Chinese military will take part in the Vostok-2018 (or East-2018) strategic drills in Russia from late August to mid-September, the Chinese Ministry of National Defense announced on Monday. 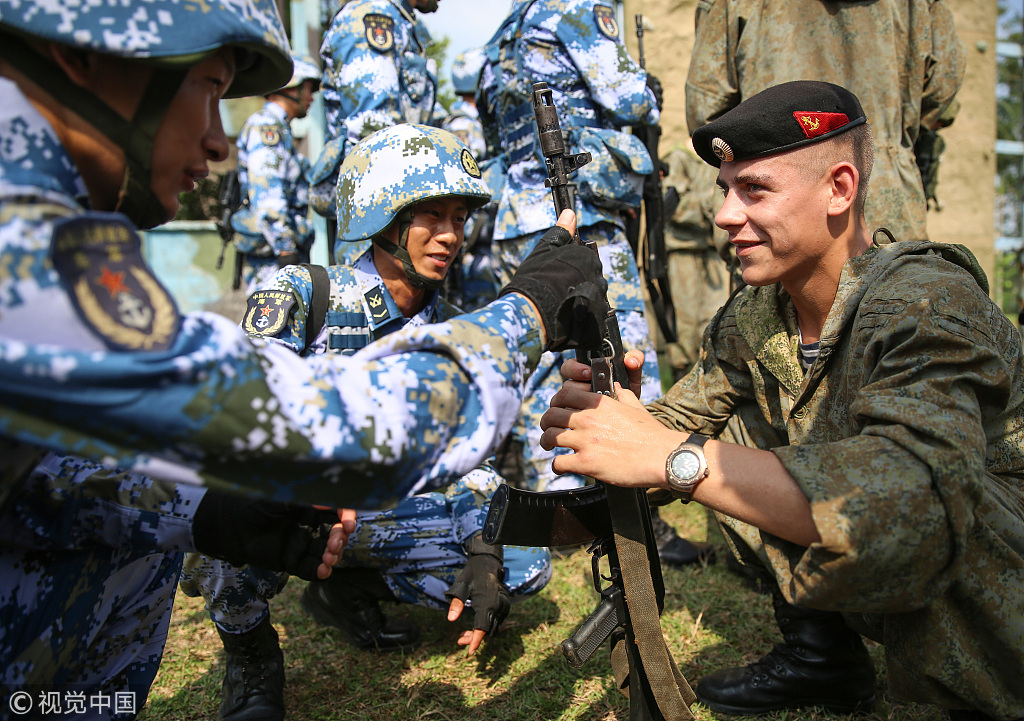 Chinese and Russian soldiers during a joint drill. (Photo: VCG)

Military forces from the two countries will hold joint operation exercises at the Tsugol training range in the Trans-Baikal region in Russia from September 11 to 15, said the ministry.

"The drills are aimed at consolidating and developing the China-Russia comprehensive strategic partnership of coordination, deepening pragmatic and friendly cooperation between the two armies, and further strengthening their ability to jointly deal with varied security threats, which are conducive to safeguarding regional peace and security," it said.

"The military exercises are not targeted at a third party," the ministry said.

China will dispatch about 3,200 troops, along with more than 900 pieces of weaponry and 30 fixed-wing aircraft and helicopters, to conduct fire strike and counter-attack training, among others, it said.