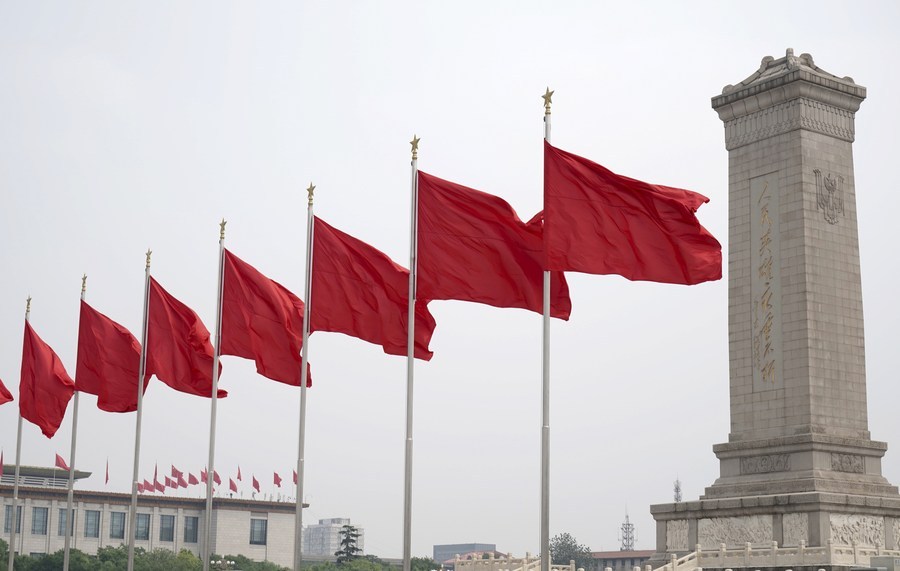 Photo taken on May 21, 2020 shows red flags on the Tian'anmen Square in Beijing, capital of China. [Photo/Xinhua]

A Chinese military spokesperson said Tuesday the Indian side should strictly restrain their frontline troops and return to the correct track of dialogue and negotiations to resolve the differences.

Zhang Shuili, spokesperson for the Western Theater Command of the People's Liberation Army (PLA), made the remarks in a statement in response to a fierce physical fight that broke out between the Chinese and Indian border defense troops Monday night after Indian troops crossed the Line of Actual Control for illegal activities and deliberately launched provocative attacks.

The statement was published by the official Weibo account of the PLA Daily.

"The Indian troops had violated their promises and once again crossed the Line of Actual Control for illegal activities, and deliberately provoked and attacked the Chinese forces, thus triggering fierce physical conflicts between the two sides and causing casualties," said Zhang.

"We demand that the Indian side strictly restrain its frontline troops, immediately stop all infringement and provocative actions, and work together with China to return to the correct track of dialogue and negotiations to resolve the differences," said Zhang.