The Chinese military resolutely opposes recent sailing by a US naval warship into territorial waters around China's Nansha Islands, and urges the US side to immediately stop such provocative actions, a spokesman for the People's Liberation Army Southern Theater Command said on Thursday. 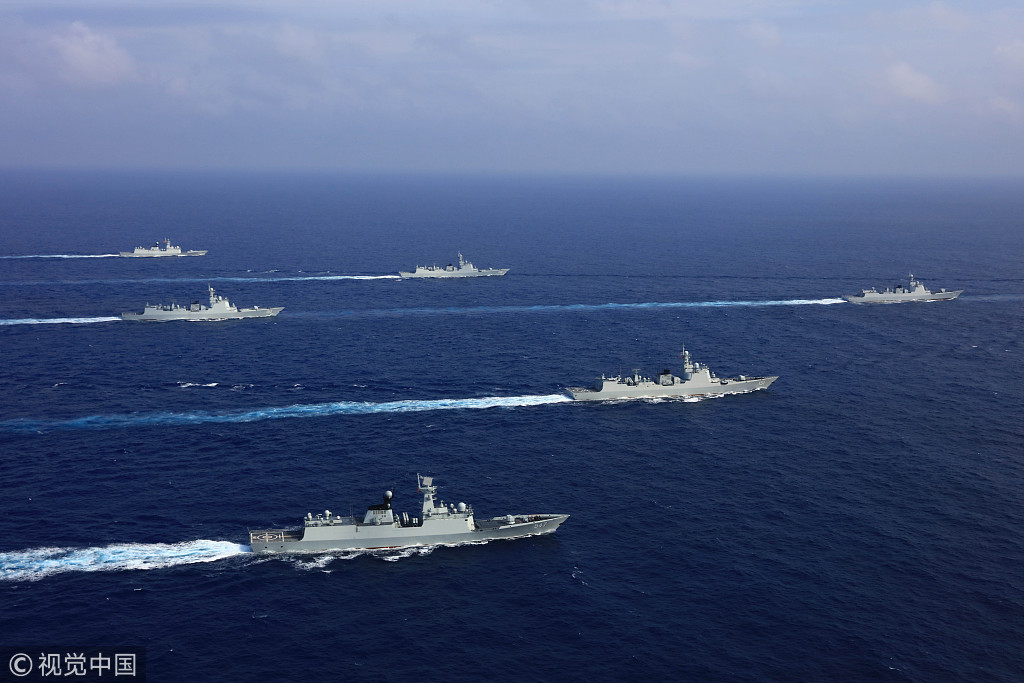 On Wednesday, the guided-missile destroyer USS Wayne E. Meyer sailed within 12 nautical miles of China's Yongshu and Meiji reefs, "in order to challenge excessive maritime claims and preserve access to the waterways," US Navy Commander Reann Mommsen, a spokeswoman for the US 7th Fleet, said in news release.

Senior Colonel Li Huamin, spokesman of the PLA Southern Theater Command, said in an online statement that the US vessel had encroached upon Chinese territorial waters without the government's permission.

Li said the Southern Theater Command had dispatched vessels and aircraft to follow and monitor the US naval ship, and warned it to leave in accordance with laws and regulations.

"The facts prove that the United States' so-called 'freedom of navigation' is actually an assertion of maritime hegemony that ignores international law, seriously harms China's sovereignty and security interests, and seriously harms peace and stability in the South China Sea region," Li said.

"We urge the US side to immediately stop such kinds of provocative acts to avoid causing unexpected incidents. The troops in the theater command will adamantly carry out their duties and take all necessary measures to protect national sovereignty and security, as well as peace and stability in the South China Sea."