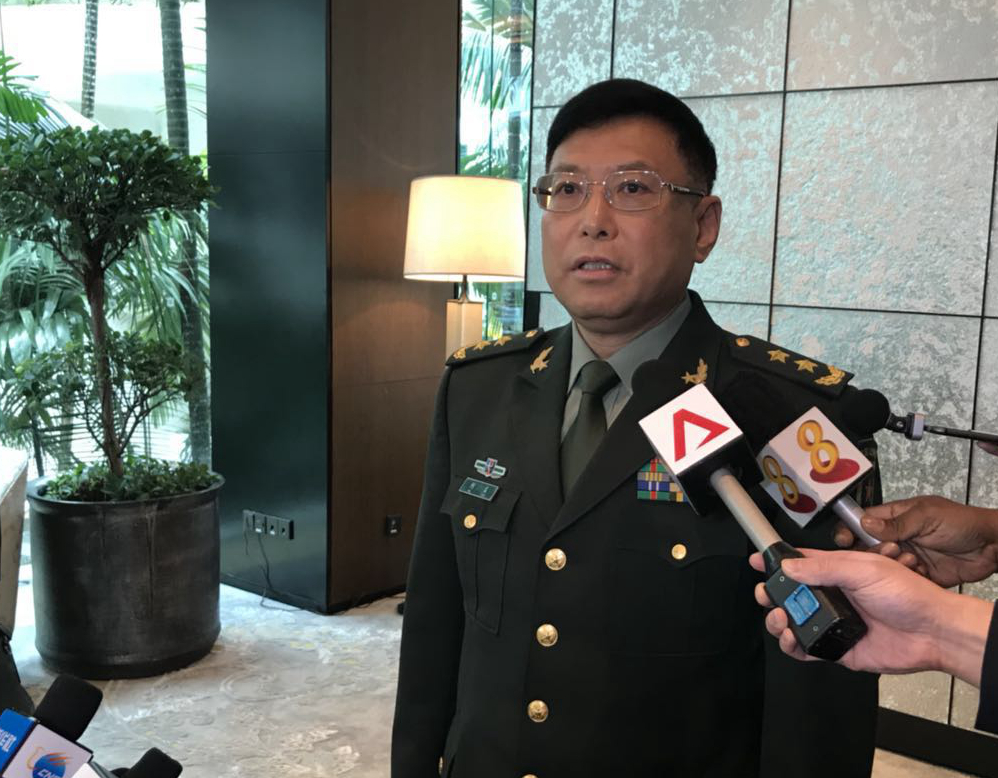 Singapore (People’s Daily) – China is firmly opposed to Washington’s arms sales to Taiwan and is confident of defending the nation’s sovereignty and integrity, a Chinese military official said at a regional security conference in Singapore on Saturday.

“Taiwan is an inseparable part of China. Taiwan question is a core interest of China and no one is allowed to cross the line,” Lieutenant General He Lei told reporters, dismissing an earlier commitment made by US Defense Secretary James Mattis that the US plans to work with the island to build up its “self-defense” ability.

He, also deputy head of the Academy of Military Sciences of the People's Liberation Army, is leading a Chinese delegation to the city-state for the Shangri-La Dialogue from Friday to Sunday.

Calling the Taiwan question untouchable and unchallengeable “red line” and “bottom line” for China, He said Chinese military has the will, confidence and power to safeguard the homeland’s sovereignty, integrity and legitimate rights.

He also rejected Mattis’ accusation of China’s presence in the South China Sea, saying the “freedom of navigation” campaign by US military forces leads to the escalated militarization of the region.

But over the prospect of the two nations’ military ties, He welcomed Mattis’ calls for a higher level of trust and risk management, and reiterated the stance that bilateral military ties should honor the pattern that features non-conflict, non-confrontation, mutual respect and win-win cooperation.