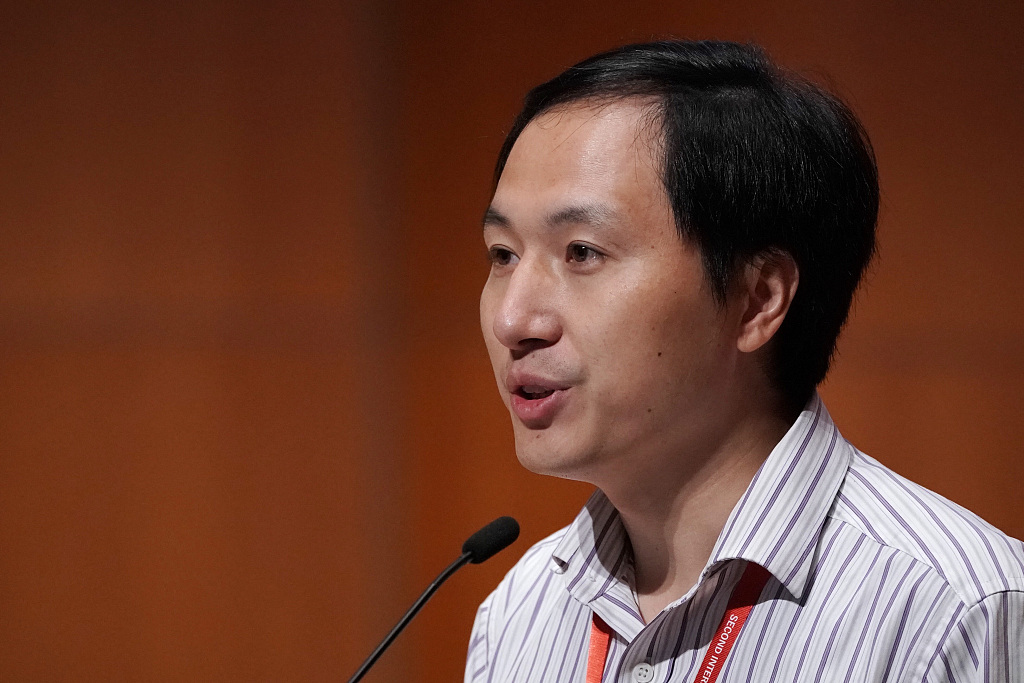 He Jiankui, associate professor at the Southern University of Science and Technology of China, speaks at the Second International Summit on Human Genome Editing in Hong Kong, China, on Wednesday, Nov. 28, 2018. He, the Chinese researcher who said he altered the genes of twin baby girls as embryos, said he has submitted the study to a scientific journal for review. (File photo: VCG )

BEIJING, Nov. 28 (Xinhua) -- China's Ministry of Science and Technology will cooperate with other departments to investigate the claim that the world's first gene-edited babies have been created.

The Ministry of Science and Technology is highly concerned and called an emergency meeting Monday night after a Chinese researcher claimed to have created the world's first gene-edited babies, said Xu Nanping, vice minister of science and technology, Tuesday at a media event.

Xu said that the ministry was following the case closely and would seriously deal with it after clarification.

He Jiankui, a Chinese researcher based in Shenzhen, Guangdong Province, on Monday claimed to have altered the DNA of twin girls born a few weeks ago to prevent them from contracting HIV. It has triggered heated debate in the scientific community and on social media.