BRUSSELS, May 27 (Xinhua) -- The Chinese Mission to the European Union (EU) expressed on Thursday its firm opposition to the remarks in the joint statement of the EU-Japan Summit, saying they "have completely gone beyond the norm of developing bilateral relations." 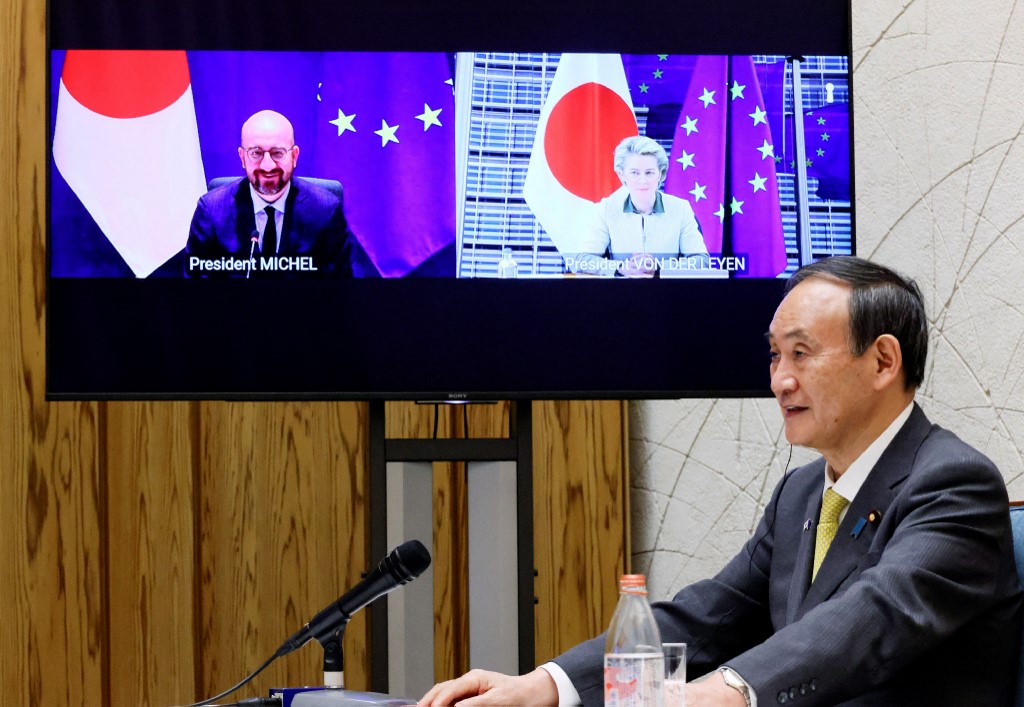 "Such remarks undermine international peace and stability, damage mutual understanding and trust between countries in the region, harm the interests of third parties and run counter to what they claim 'working for a more secure, democratic and stable world'," said a spokesperson of the Chinese Mission.

The EU and Japan issued a statement following an online bilateral summit earlier Thursday, expressing serious concerns about the situation in the East and South China Seas, and underscoring the importance of peace and stability across the Taiwan Strait.

The joint statement also noted that the two sides will coordinate on regional issues including Hong Kong and Xinjiang, continue exchanges on their respective relationships with China, and work together for a more secure, democratic and stable world.

"We express our strong discontent with and firm opposition to the remarks in the joint statement of the EU-Japan Summit. China will firmly defend its national sovereignty, security, and development interests," stressed the spokesperson.