CHINA Chinese mission in Geneva urges US to face up to, address its own human rights abuses

Chinese mission in Geneva urges US to face up to, address its own human rights abuses

GENEVA, July 16 (Xinhua) -- The list of human rights crimes committed by the United States at home and abroad is too long to draw, and the U.S. should face up to and address its own human rights abuses, said a statement issued on Friday by the Chinese Mission to UN at Geneva. 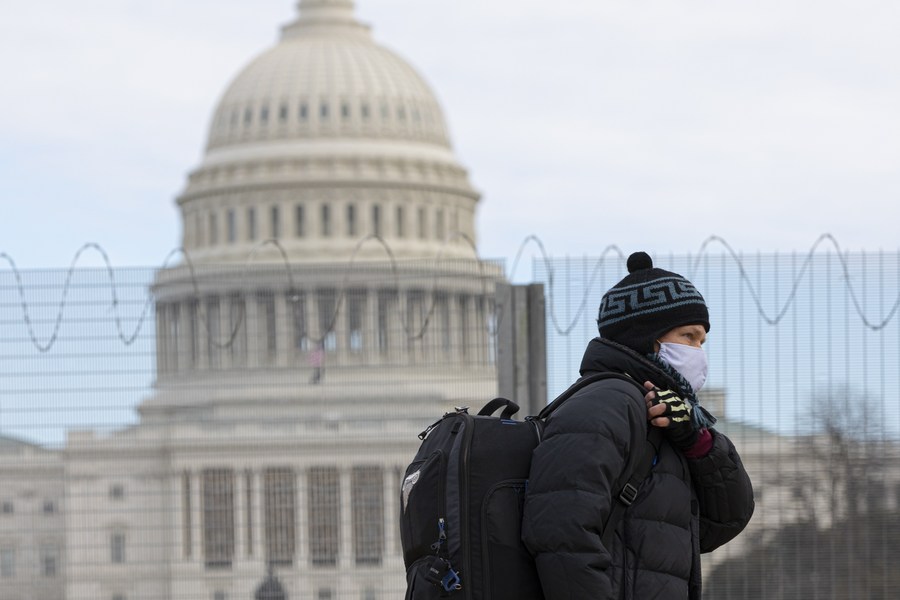 A man wearing a face mask walks past the U.S. Capitol building in Washington, D.C., the United States, Jan. 24, 2021. (Photo by Aaron Schwartz/Xinhua)

In response to an earlier statement issued by the U.S. Mission in Geneva which criticized China on human rights issues, the Chinese mission said that the U.S. is playing a game of being the thief crying "stop thief".

"What truly surprises us is that at a time when alarming human rights violations in the United States are there for everyone to see, it still has the courage to play human rights preacher, with no idea that it has already become the laughingstock of the world," the Chinese mission statement stated.

If the United States dares to claim that it is committed to protecting the rights of individuals, then how about the rights of those "George Floyds" who could not breathe, the statement asked.

"The United States owes the whole world a serious answer," the statement said.