Brussels, Dec. 21 (Xinhua) - The Chinese Mission to the European Union has said accusations by the EU side about China's systematic forced technology transfer are groundless. 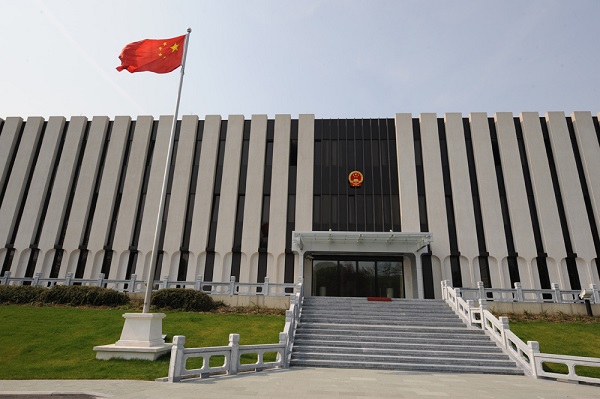 The office building of the Chinese Mission to the European Union (Photo: chinamission.be)

Earlier on Thursday, the European Commission said the EU had stepped up World Trade Organization action against what it calls China's forced technology transfers

In comments shared with Xinhua late Thursday night, the Chinese Mission said that China attaches great importance to intellectual property rights (IPRs) protection, and there are not any Chinese laws or regulations that force foreign companies to transfer technology to their Chinese partners.

It said that technology transfer and technological cooperation between joint venture participants are in essence market behavior driven by mutual benefit and the government does not interfere in this process.

The Chinese Mission said that according to statistics, payments made by Chinese companies for the use of foreign IPRs amounted to 28.6 billion U.S. dollars last year, one third of which went to EU rights holders. European companies get paid for their IPRs and enjoy access to the Chinese market. This is a market-driven process on a voluntary basis. Clearly, it is unfair to accuse the Chinese government of forcing transfer of technology.

The Chinese Mission said that regarding disputes in international trade, we stand for proper settlement through equal-footed consultation on the basis of mutual respect and in accordance with WTO rules.