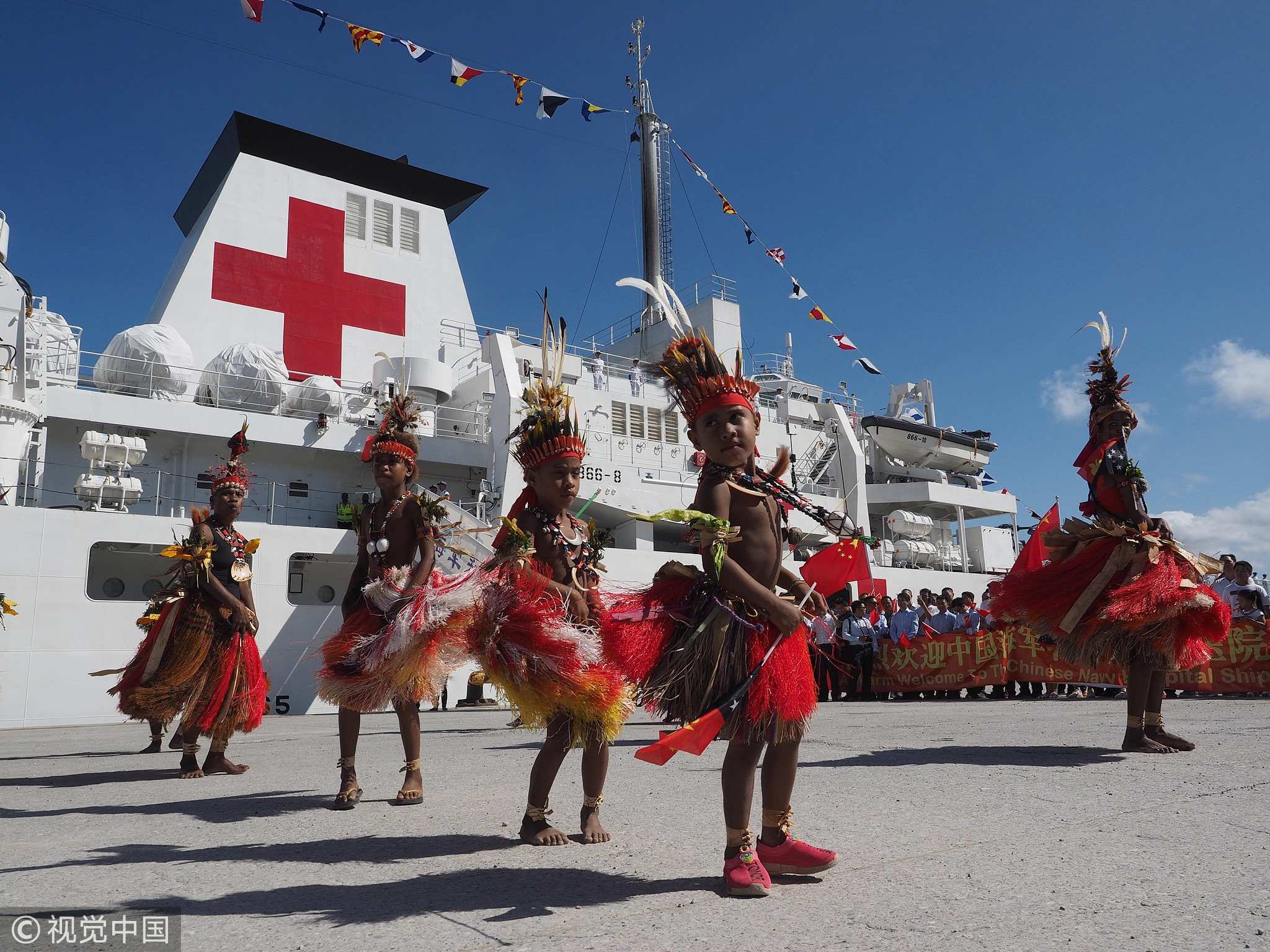 The US and Australia are expected to hold its annual consultations on foreign affairs and national security next week. Media reports say China's so-called "meddling" in the South Pacific will be on the agenda of the meeting.

"We do remember that many state leaders in South Pacific countries have clarified that unlike some countries, China truly respects the willingness of people and governments in these island countries," Hua said.

She also made an example to dispute the so-called "meddling" in the South Pacific: "China has provided the help they truly need. Recently, the Chinese Navy's Peace Ark visited Papua New Guinea (PNG) and provided free medical services there."

During the visit, about 4,000 people got treatment, which was warmly welcomed by local people. PNG's Prime Minister Peter O'Neill boarded the Chinese Naval hospital ship Peace Ark, highly praised the visit of the Peace Ark, and said that this visit had further enhanced the friendship and the strategic partnership between the two countries.

"China will continue to strengthen ties with these island countries based on the Five Principles of Peaceful Coexistence and contribute more to the peace and stability in the region," she added.