BEIJING, April 25 (Xinhua) -- Chinese President Xi Jinping on Thursday held talks with his Mongolian counterpart Khaltmaa Battulga, who is here on a state visit to China and to attend the Second Belt and Road Forum for International Cooperation. 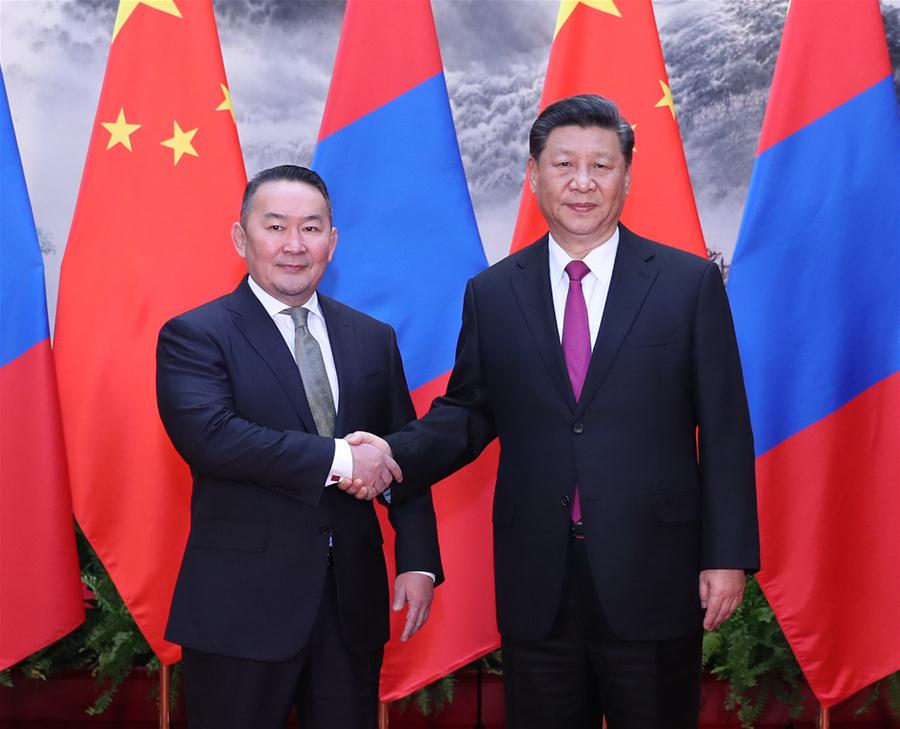 Chinese President Xi Jinping (R) holds talks with his Mongolian counterpart Khaltmaa Battulga, who is here on a state visit to China and to attend the Second Belt and Road Forum for International Cooperation, in Beijing, capital of China, April 25, 2019. (Photo: Xinhua) 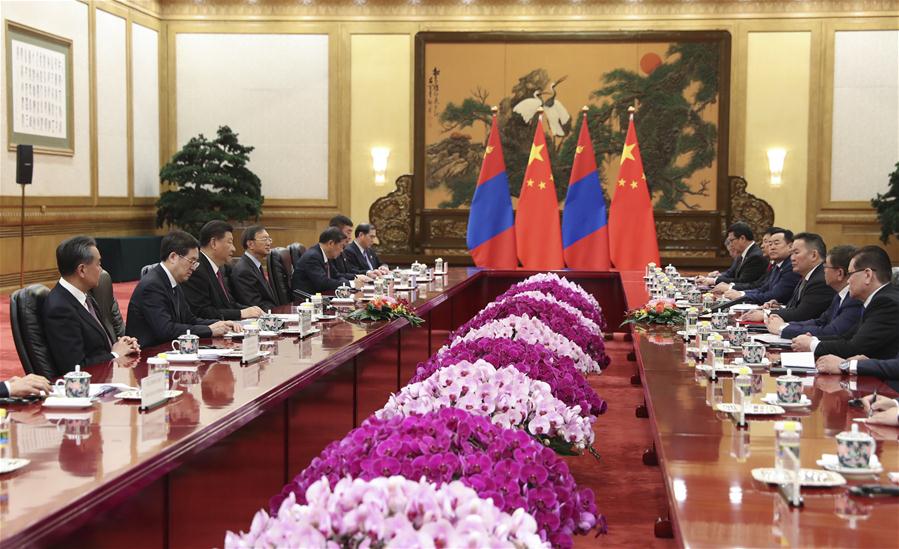 The two sides should strengthen political guidance and strategic communication, maintain exchanges at the high level and in all fields, and respect each other's core interests and major concerns, Xi said.

The two sides should actively promote the alignment of the Belt and Road Initiative (BRI) and Mongolia's Development Road program, achieve more tangible progress in building the China-Mongolia-Russia economic corridor, strengthen exchanges in border areas and ports, and provide more convenience for trade and people-to-people exchanges, he said. 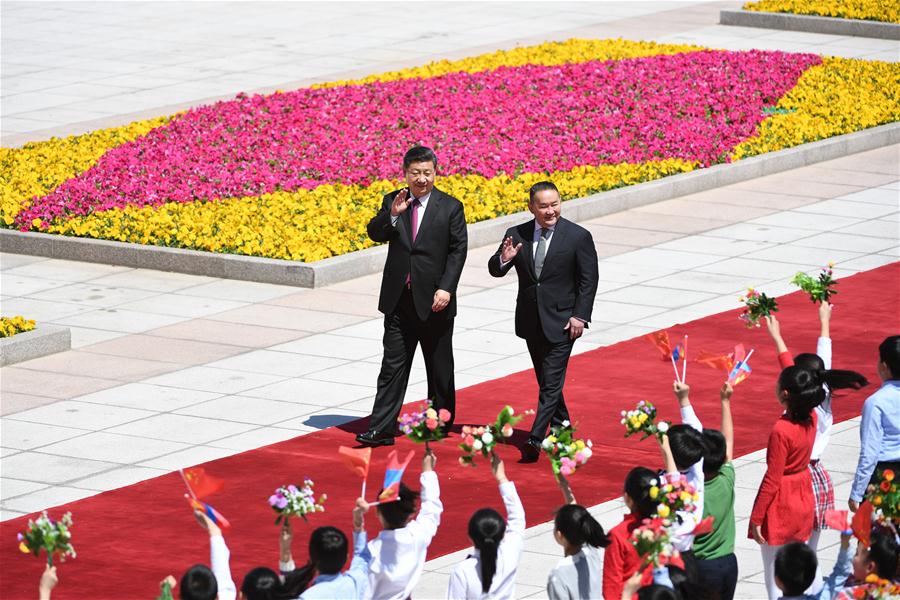 Xi also proposed to organize people-to-people and cultural events to mark the 70th anniversary of the establishment of diplomatic relations between China and Mongolia this year.

It is Mongolia's firm and prior diplomatic policy to develop the long-term, good-neighborly, friendly, mutually-beneficial and cooperative partnership with China, Battulga said. 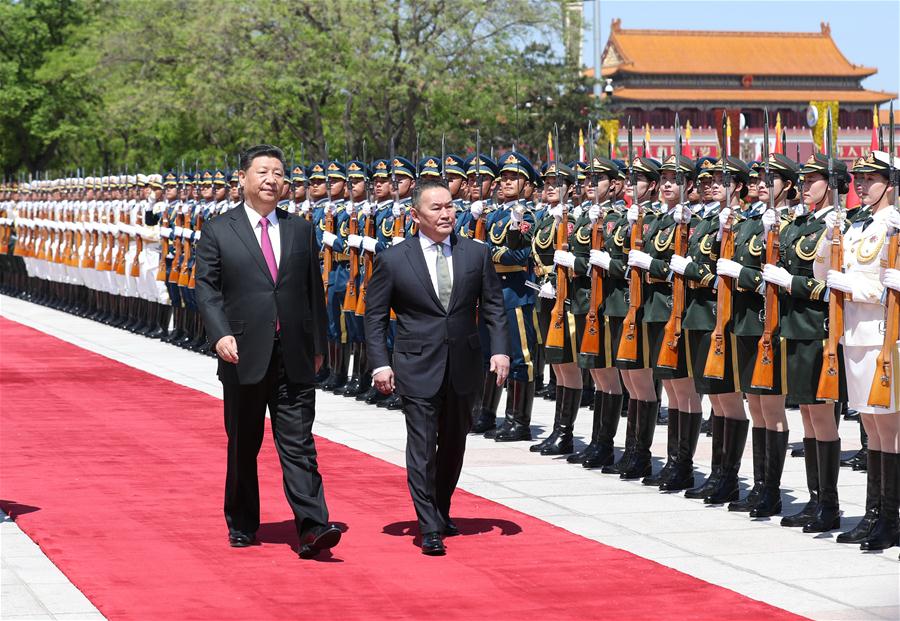 On the occasion of the 70th anniversary of diplomatic relations, Mongolia is willing to work with China to map out the future direction and objectives of bilateral ties, he said. 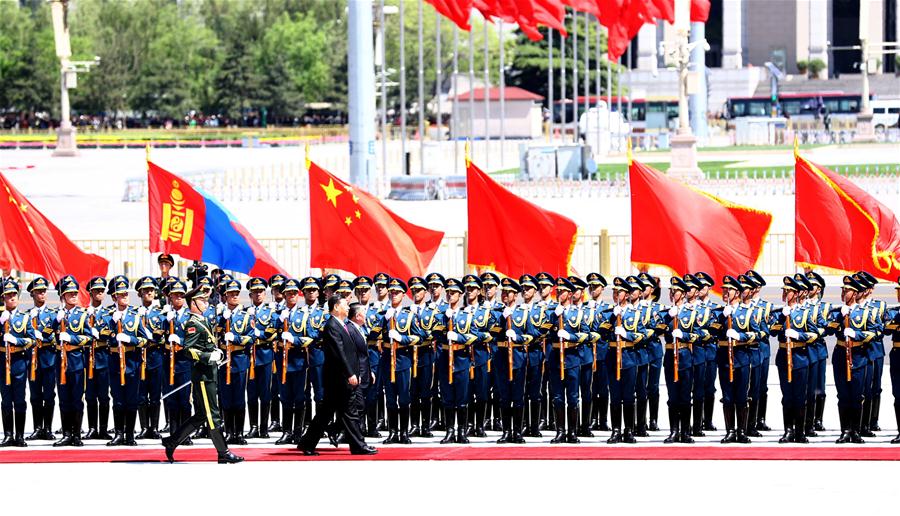 Mongolia will promote the alignment of its Development Road program and the BRI and jointly advance the development of the Mongolia-China-Russia economic corridor with China, he said.

Battulga also noted that Mongolia appreciates China's important role in maintaining peace and stability on the Korean Peninsula and is willing to strengthen coordination with China in regional affairs.

After the talks, the two leaders witnessed the signing of bilateral cooperation documents including a plan to align the BRI with the Development Road program.

Before the talks, Xi held a welcoming ceremony for Battulga.