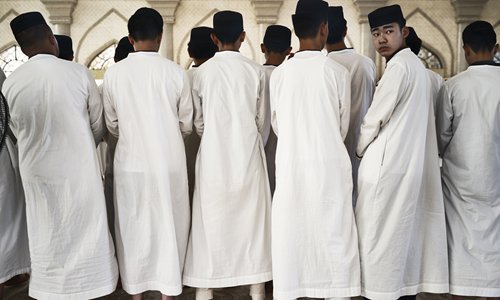 Chinese students pray at a mosque with locals in Amman. Photo: Li Ya'nan/Sina

Although there are hundreds of thousands of Chinese students who decide every year to further their education in Western countries, there are still some that choose instead to head to the Middle East. Mostly Muslims, these Chinese students usually have to jump through far more hoops to go to their ideal universities than those going to the US or EU.Omer, a Muslim student in his mid-20s from North China's Shanxi Province, is currently studying at the University of Jordan in Amman. It has been his dream to study in an Arab country since he first began studying Arabic in high school.Omer chose Jordan as his destination since it was one of the region's more stable countries. During the holidays, he enjoys visiting historic sites in the region like the Egyptian pyramids and the temples in Baalbek, Lebanon.During a trip back to China earlier this year, Omer married Sophia, who is from Northwest China's Xinjiang Uyghur Autonomous Region. When Omer headed back to the Middle East to continue his studies, his new wife, who was also accepted into the University of Jordan, decided to join him. The two rent a one-bedroom apartment near campus for roughly 2,000 yuan ($300) a month, which Omer finds expensive.While Omer has grown fond of Jordan, another Chinese student, Eid, has grown homesick during his time in the Middle East. Eid, from Gansu Province, is not yet 20 years old. He said that he gained a new appreciation for China after heading to Cairo to study. He expressed that he was particularly turned off by locals who hang around tourist attractions begging for money.One of the advantages Chinese students enjoy while studying in the Middle East is lower tuition fees than back home. However, due to some of the instability in the region, Chinese students frequently run into problems with their visas. Some students have said that they have been declined entry at customs for no apparent reason when returning from vacations in China. Global Times 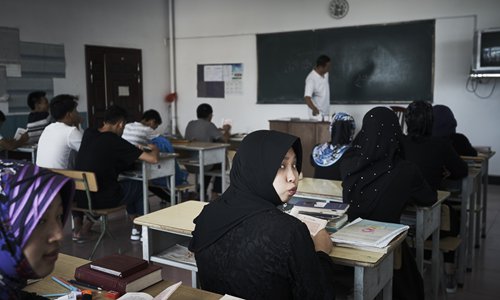 A Chinese student makes a funny face during class at the University of Jordan. Photo: Li Ya'nan/Sina 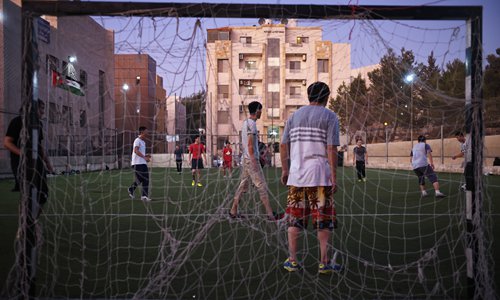 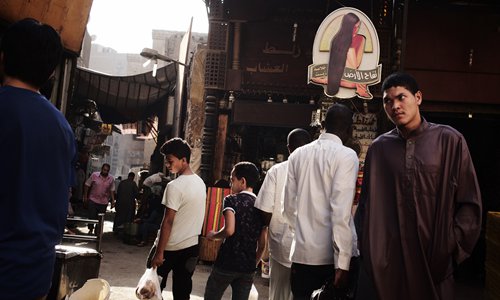 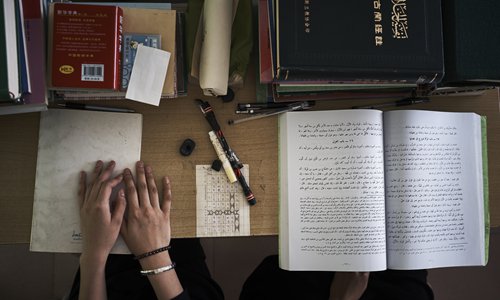 Arabic is a difficult course for Chinese students, as the language is considered as hard to learn as Chinese is for foreigners. Photo: Li Ya'nan/Sina