Chinese nation is a family: Xi 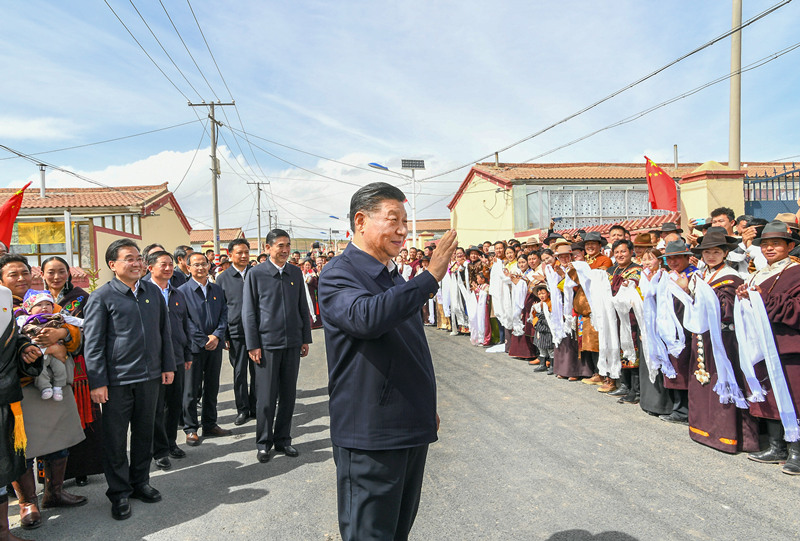 XINING, June 9 (Xinhua) -- Xi Jinping, general secretary of the Communist Party of China Central Committee, said that not a single ethnic group should be left behind in the country's efforts to fully build a modern socialist China.

Xi made the remarks on Tuesday afternoon while visiting a village and talking with villagers in Shaliuhe Township in Gangcha County, Haibei Tibetan Autonomous Prefecture, during his inspection tour of northwest China's Qinghai Province.

"We are a family, and we are all brothers and sisters," Xi told the villagers, calling on them to have confidence in a brighter future.

"Great changes have taken place in the village," Xi said when talking with the villagers. "We are very glad to see that every one of you is leading a happy life, and we can feel the profound bonding you have with the Party and the government."

"By the time New China celebrates its centenary, the Chinese nation will, without a doubt, stand firmer and stronger among the world's nations," Xi said, adding that by that time China will surely be a happy and modern country. 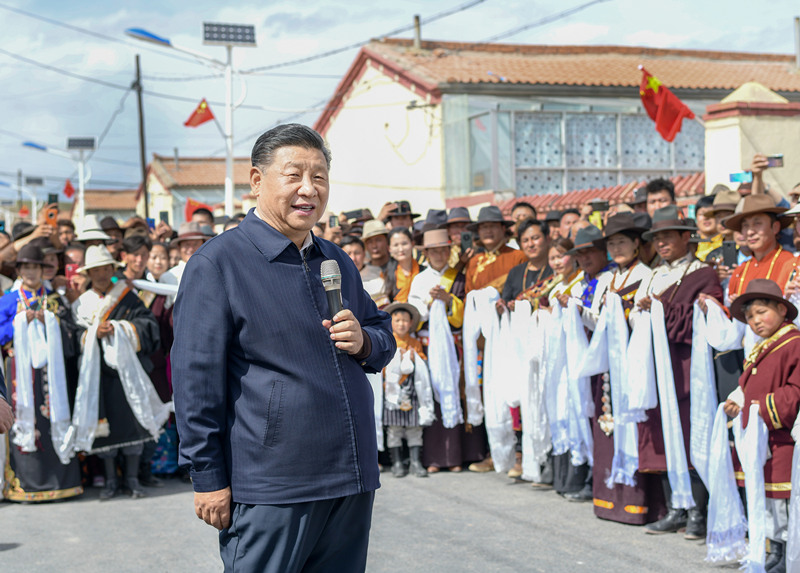 This is not the first time he has used the expression to talk about ethnic unity in China, a country with 56 ethnic groups.

In May 2016, Xi called upon a Hezhe ethnic village in northeastern Heilongjiang Province. He said all ethnic groups shall remain closely united like the pomegranate seeds on the way toward national rejuvenation.

In January 2017, when writing a letter to a Uygur family, Xi again called on all ethnic groups to unite like the pomegranate seeds under the CPC leadership to build a bright future for Xinjiang Uygur Autonomous Region.

Xi also used this expression in his discussion with lawmakers from Xinjiang during the annual national legislative session in 2017 and his inspection of Inner Mongolia Autonomous Region in 2019.

No ethnic group left behind

"No ethnic group should be left behind" is another phrase Xi has often used.

According to Xi, not a single ethnic group should be left behind, be it in China's drive to eliminate absolute poverty, build a moderately prosperous society in all respects or to build a modern socialist country.

The Chinese nation is a big family and all of the family members shall live a good life, said Xi at a gathering to honor national role models for ethnic unity and progress in 2019.

In February, when Xi announced China's victory of eliminating absolute poverty, he particularly mentioned that the country's 28 ethnic minority groups with relatively small populations had shaken off poverty collectively.

Xi reiterated in April that on the country's new journey toward the second centenary goal of fully building a modern socialist China, not a single ethnic group should be left behind.