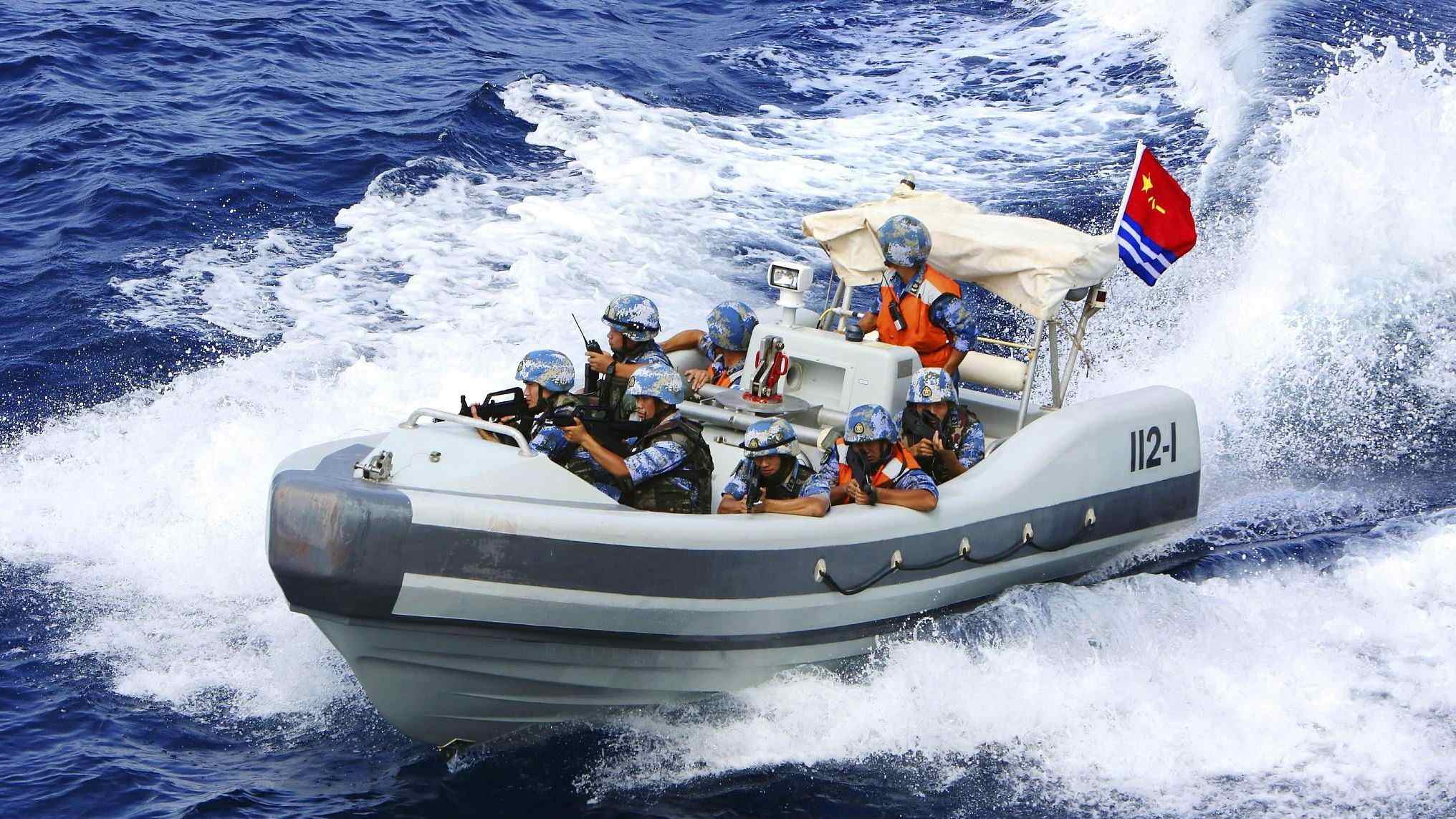 The first Chinese naval escort taskforce sailed to waters off Somalia, to help in the fight against pirates in the Gulf of Aden on December 8, 2008.

Consisting of two guided missile destroyers, one replenishment ship and members of the special task force, the operation was the first deployment of the Chinese navy beyond the Pacific Ocean, off on the high seas.

After 12 days of sailing, the naval fleet escorting four Chinese merchant vessels reached the Gulf of Aden. But soon, the escort fleet was surrounded and blocked by pirate ships. As the pirates attempted to board the commercial ships, stun grenades were fired to fend off the intruders.

In the naval escort taskforce's 124 days of operation, the same scenery repeated itself numerous times.

Traditionally, the Chinese navy's primary responsibility is coastal defense. But with rampant pirate hijacking activities along the Gulf of Aden, which threatened the economic interests of Chinese merchant vessels, the navy was called upon to safeguard maritime security.

In 2008, 100 vessels were reportedly attacked in the Gulf of Aden, including seven Chinese commercial fleets, with 14 ships held for ransom before the first Chinese naval escort operation began. The United Nations in the same year passed a resolution calling on all countries to help patrol the waters off Somalia to protect the sea trade lanes.

The pirate-infested waters in the Gulf of Aden are a critical sea lane of communication for China. Crude oil imported from the Middle East and cargo ships from Africa go through the Gulf of Aden, critical for China's continued economic growth. It is also one of the world's busiest sea lanes, with 20 percent of the world's sea trade passing through it.

Initially, the escort taskforce focused their operation on Chinese-flagged vessels. But with time, foreign vessels were included in the escort operation. In the ten years since the first escort operation in 2008, China has escorted over 6,000 Chinese and foreign commercial vessels, half of which are foreign owned or carrying cargo of the United Nations World Food Program.

While the first sailing into the high seas was dedicated to escort alone, the Chinese navy gradually expanded its activities, participating in cooperation exercises and engaging in naval diplomacy.

With pirates' activities dwindling since 2012, the scope of the operation expanded to other areas of international operations. In 2013, the 16th batch of escort fleets accompanied vessels in charge of carrying Syrian chemical weapons for destruction. In 2014, the 17th batch of fleets participated in the search of the missing MH370 aircraft. Later in the same year, they escorted potable water shipments to the Maldives during a water crisis.

"Whereas it is hard for land force to cross the border, air force cannot stay long in other countries' territorial air space, the navy is thus in the best position to promote diplomacy," Yang Zhen, researcher at Fudan Institute of Belt and Road & Global Governance told CGTN Digital.

Either in the form of joint military exercises, port calls, senior-level meetings and dialogues, navy diplomacy can enhance mutual trust and strengthen cooperation, Yang added. Increased interaction between navies is a sign of close bilateral relations.

Behind the biggest evacuation in Chinese history

Years of deployment in the high seas quickly enhanced Chinese navy's ability to conduct operations — how to use special forces in dealing with non-traditional security threats, how to provide logistics support, etc.

Those lessons learnt were quickly put to use. In 2011, Libya descended into a state of lawlessness, as the country teetered on the brink of a civil war. Among the 75 Chinese companies with operations in Libya, many suffered from economic losses because of looting in office buildings, destroyed vehicles and stolen cash.

The Xuzhou missile frigate, which was already deployed in the anti-piracy mission in the Gulf of Aden, was redirected to Libya to carry out the evacuation operation. It offered support and protection for ships evacuating Chinese nationals, and in the end successfully evacuated more than 35,000 Chinese nationals from Libya — the largest civilian evacuation operation in Chinese history.

Through escort operations, Chinese navy's ability to conduct long-range operations increased greatly. China has showcased its capacity and its will to act as a provider of maritime security.