CHINA Chinese naval fleets escort over 6,600 vessels in Gulf of Aden, Somalia over past 10 years

Chinese naval fleets escort over 6,600 vessels in Gulf of Aden, Somalia over past 10 years 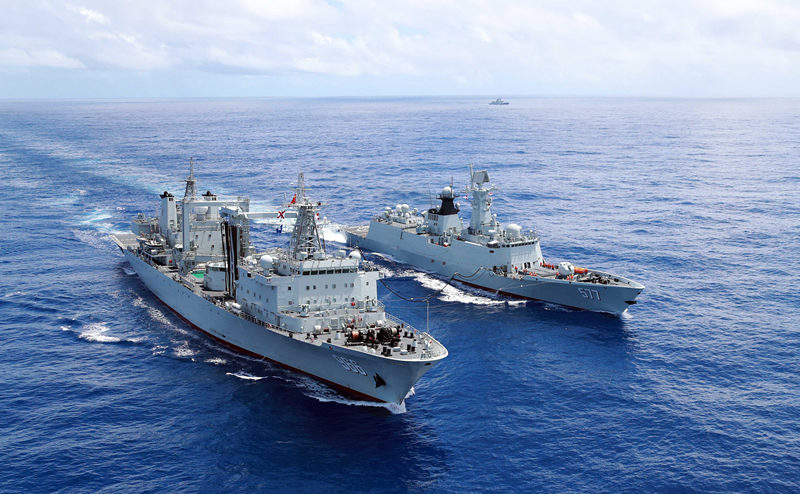 The Comprehensive supply ship Gaoyouhu (Hull 966) conducts alongside replenishment-at-sea with the guided-missile frigate Huanggang (Hull 577) en-route to the Gulf of Aden in the Morning on April 6, 2017, local time. (Photo: 81.cn)

BEIJING -- For the past decade, a message that reads "We are the Chinese Navy escort fleet, please call us on channel 16 if you need help" has always been broadcasted in both Chinese and English to passing ships on the Gulf of Aden.

The message sent by escort fleets dispatched by the Chinese People's Liberation Army Navy has become a signal of safety for many merchant ships.

Fleets dispatched by the Chinese Navy, whose 70th founding anniversary falls on April 23, have escorted more than 6,600 vessels on the Gulf of Aden and waters off Somalia since their first escort mission in December 2008.

The Chinese Navy sent its 32nd fleet, the most recent one, to the area for an escort mission in early April.

The Chinese Navy also engages in missions in other parts of the world. In March 2015, a Chinese naval vessel evacuated 621 Chinese citizens and over 270 people of other nationalities out of Yemen, which was in a civil war, in nine days. In December 2014, a Chinese fleet delivered 960 tonnes of fresh water to 150,000 people in the Maldives, whose desalination plant was on fire.

The naval hospital ship Peace Ark, designed and manufactured by China, has traveled to 43 countries and regions and provided medical services to over 230,000 people since it was put into service over 10 years ago.

In 2018, Peace Ark concluded a 205-day-long journey, which covered a distance of 31,800 nautical miles (about 58,894 km), during which medical personnel aboard the ship conducted 288 surgical operations and provided treatment and medical check services to 50,884 people.