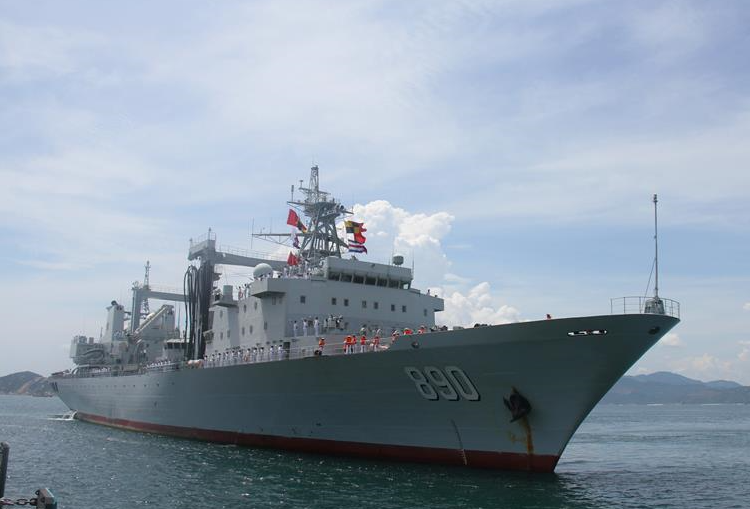 China's new guided-missile frigate Wuhai, the latest member of the Type 056 corvettes family and with stronger anti-submarine capabilities, officially begun naval service on Monday.Lü Baoqiang, political commissar of a military base under the Northern Theater Command, conferred the navy ensign and naming certificate to the new frigate (hull number 540) at the Monday naval ceremony, and Wuhai officially joined the naval battle sequence, according to the PLA Navy's WeChat account on Monday.The Wuhai is the latest member of the Type 056 corvettes family, which is the PLA Navy's main fleet for offshore defense, said Song Zhongping, a military expert and TV commentator. As China's older generation corvettes, the Type 037 and Type 053, are retired, the Type 056 has gradually taken over their missions, Song told the Global Times on Tuesday. The main duties of the Wuhai, according to the article, will include patrolling, guarding, escorting missions, and working with other naval forces to strike enemy ships.  It is also capable of engaging in anti-submarine warfare and other comprehensive maritime warfare.The new version of Type 056 ships, including the Wuhai, are more equipped with anti-submarine weapons, and while these ships do not have shipboard hangars, they can accomodate anti-submarine helicopters, Song noted. The Wuhai also features stealth and electromagnetic compatibilities, the article said.The Type 056 corvettes are 89 meters long and 12 meters wide, with a displacement of 1,300 tons.  The modified Type 056 corvettes have been widely deployed by the China Coast Guard as law-enforcement vessels, and are seen in the Huangyan Island in the South China Sea as well as the waters off the Diaoyu Islands to safeguard China's maritime rights, the article said.