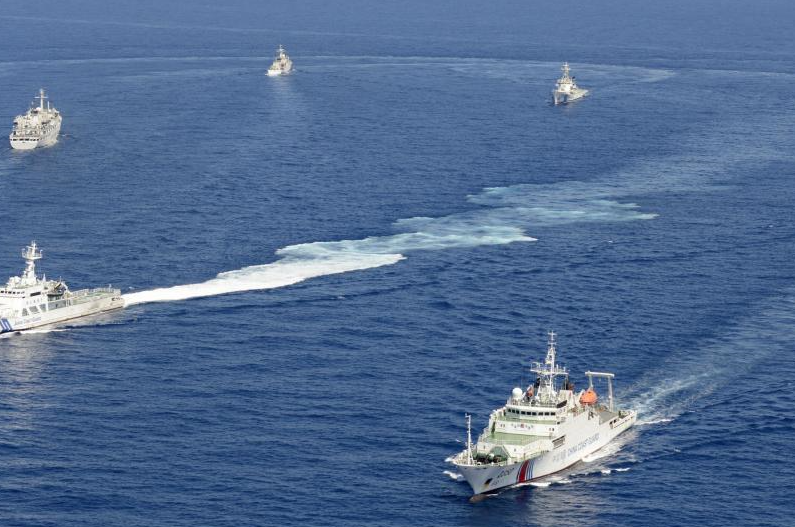 The People's Liberation Army (PLA) Navy is strengthening its combat capability by conducting drills in the South China Sea in an effort to deal with potential disputes and national reunification in the future, a military expert said on Wednesday, adding that other countries should familiarize themselves with the situation. Website navy.81.cn, affiliated to PLA Daily, reported six landing ships taking part in an exercise in the South China Sea on Monday. The fleet conducted training, including artillery practice, the navy.81.cn website reported on Monday.China's Type 071 amphibious landing ships - Jinggangshan and Kunlunshan - joined the exercises, according to the report. "The PLA Navy is responding to the Central Military Commission's call for more training to strengthen combat capabilities," Li Jie, a Beijing-based naval expert, told the Global Times on Wednesday. "The South China Sea, which has deep waters and complicated weather conditions, is suitable for the military to conduct actual combat training in an effort to deal with possible island disputes and national reunification in the future," Li said. Li said the military drill is also sending a signal to other countries that China has the resolution and capability to safeguard its sovereignty and interests in the South China Sea. "Countries outside the region should not meddle with the issue," he said.Foreign countries should get used to reports on PLA Navy exercises and should not make groundless speculation as the Chinese military is strengthening its capability in keeping with China's development, Li also said. This is the second time for the public to see reports on fleet exercises within a month. PLA Daily reported on January 14 that two landing ships and more than 100 soldiers conducted actual combat training including air-defense and anti-missile.