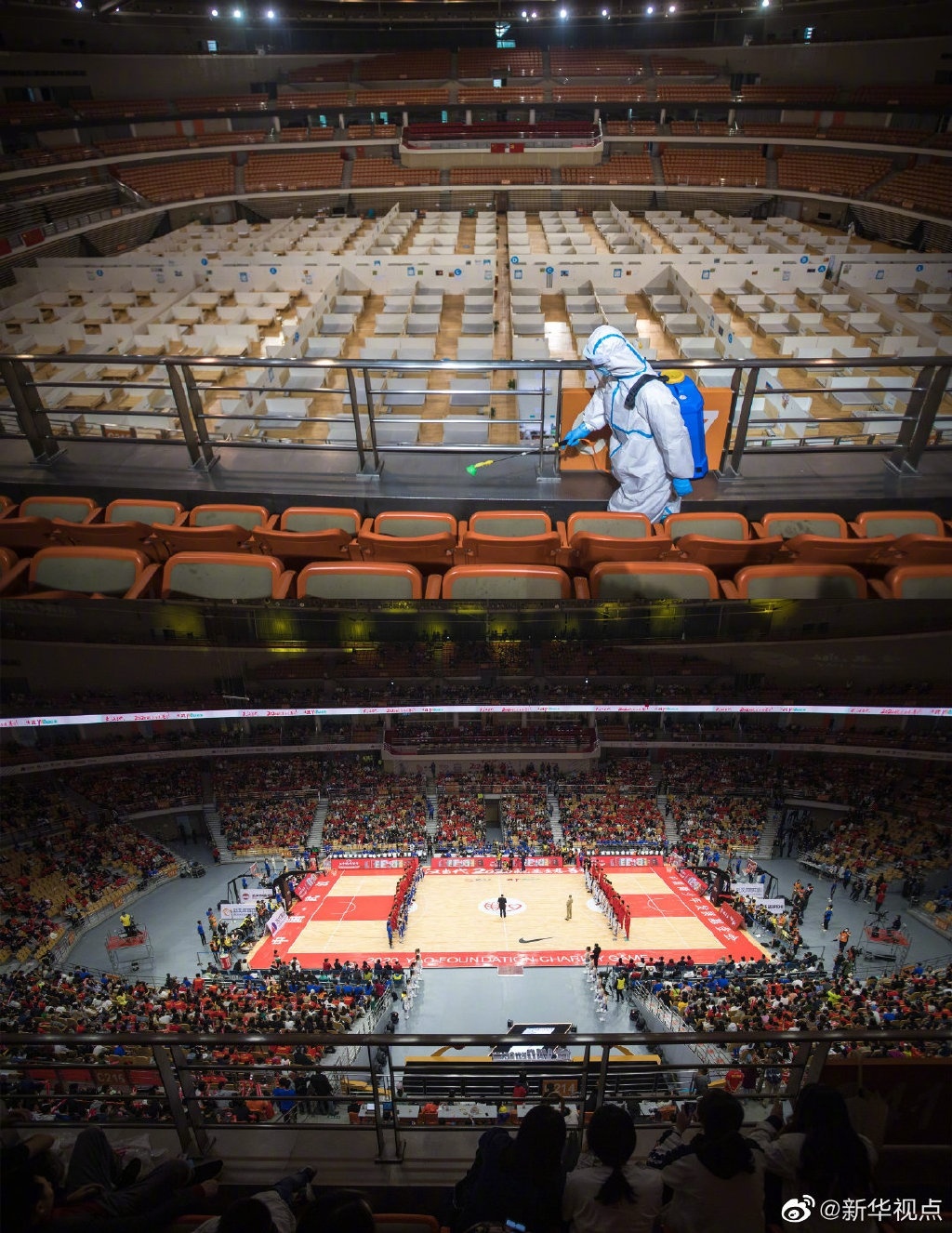 Contrasting images show a latticed court with makeshift hospital beds in the fight against the epidemic turning into a stadium featuring a basketball game Sunday. (Photos: Xinhua)

Chinese netizens hailed the restoration of the Wuhan Sports Center's stadium from a former makeshift COVID-19 hospital during the national fight against the epidemic.

The sports center stadium hosted 7,500 spectators to the basketball game on Sunday as part of the historic comeback.

Contrasting images went viral on Monday, depicting a latticed court filled with makeshift hospital beds in the fight against the epidemic to a stadium featuring a basketball game Sunday full of cheers and excitement.

Some of the doctors who fought the epidemic in Wuhan joined a charity basketball game against some of China's most famous basketball stars. Spectators took photos with the doctors, whom they consider heroes of Wuhan residents and every Chinese.

They pulled out their phones to witness the moment, as most of them didn't expect to witness the center's return to vitality so soon, as many other countries continue to cope with the coronavirus.

For many Wuhan spectators, their visit brought them back to the sour memory several months ago of the smell of disinfectant and the desperate patients on the row of beds. 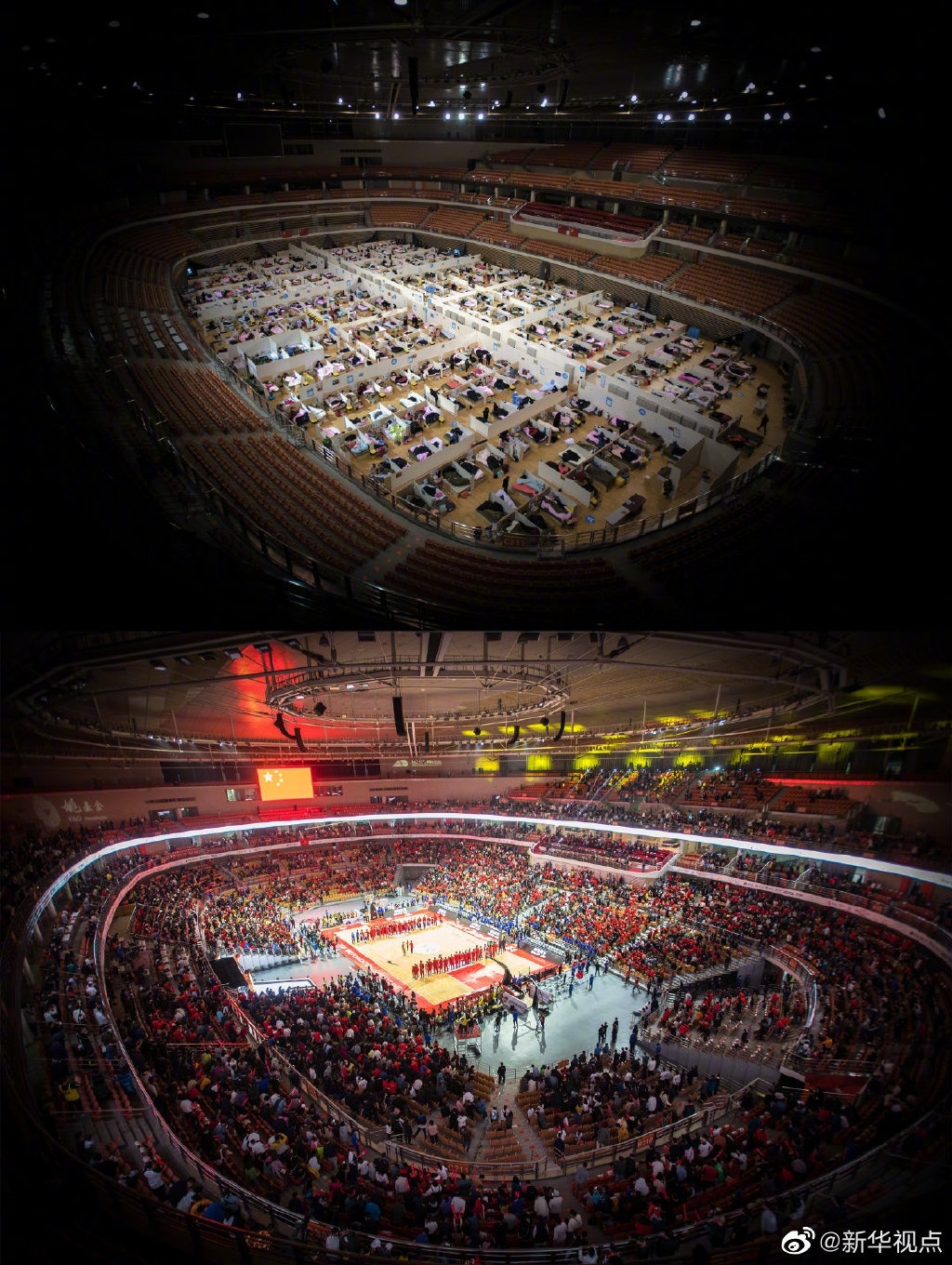 Contrasting images show a latticed court with makeshift hospital beds in the fight against the epidemic turning into a stadium featuring a basketball game Sunday.

Since its opening on February 12, the makeshift hospital admitted 1,056 patients until it was closed on March 8. The hospital reported zero deaths, no medics getting infected, and no cured patient getting  reinfected.

Seeing the sharp contrast between the past and the present, many people shed tears. What's behind the emotion was their highest respect to medical staff struggling day and night, as well as patients fighting death.

"It's really moving to see the sports center turning from dull white to a vibrant red color. It is Chinese red - the color of a miracle. Behind it is our nation's pride, sadness and hardship," a Weibo user said.

News of the reopening - one of the most popular hashtags - has attracted 73.31 million views on Chinese Twitter-like Sina Weibo.

We were once here to save lives, witness the vulnerability and tenacity of life. Today, we witness the rebirth of Wuhan and a more vigorous life, said another Weibo user, who claimed to have volunteered at the stadium in  the early days of the epidemic.

Wuhan Sports Center has been restored as a fitness center in Wuhan. It has been hosting fitness events during the National Day holiday. Wuhan are running towards a healthier tomorrow.

Only four of the 14 makeshift hospitals will remain in Wuhan until March 2021, while the rest have been restored to their original functions with medical facilities removed.