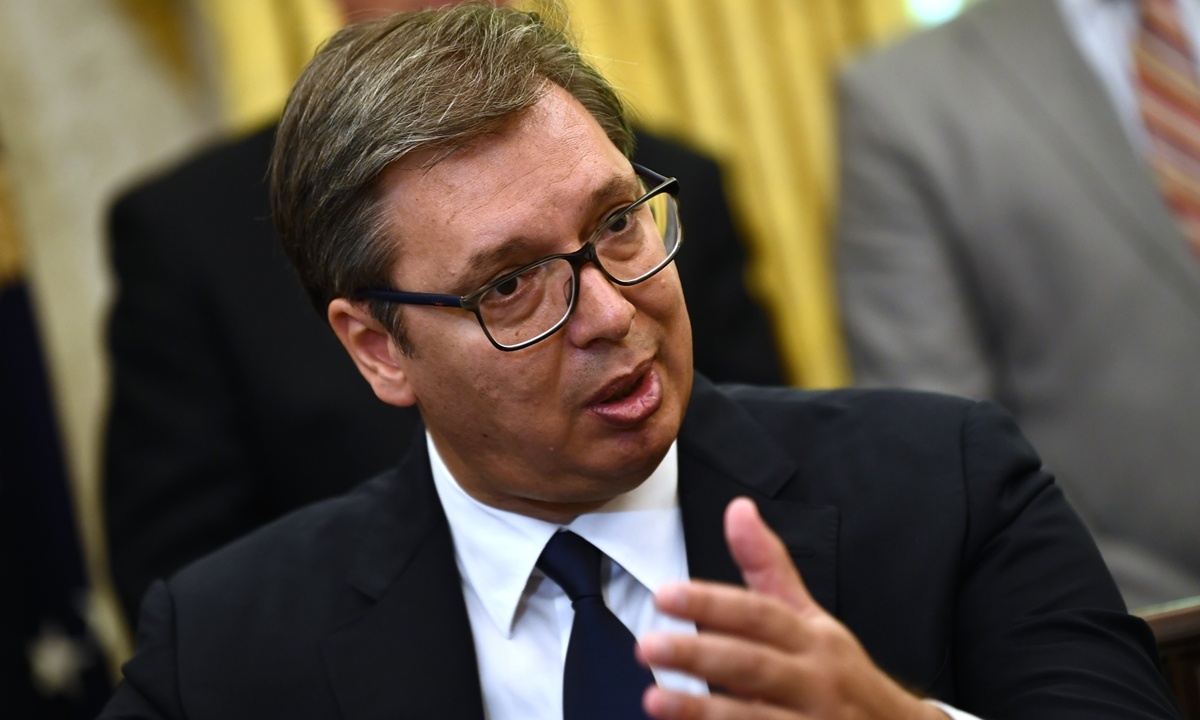 Serbian President Aleksandar Vucic's comments refuting doubts cast by German media on China-Serbia cooperation won widespread applause from Chinese netizens on Thursday, as he said China delivered at a time when no one wanted to deliver anything to his country to help Serbia fight the COVID-19 pandemic.

"My job is to do something for my country. They (China) delivered in a time when no one wanted to deliver anything to this country. They delivered ventilators that saved hundreds of thousands of lives," Serbian President Vucic said in a February 17 interview with German newspaper Bild when Bild's journalist challenged him with questions that threw doubt on Sino-Serbian cooperation.

Vucic said in the interview that he knew there would be many problems for his country to get vaccines from the EU.

He also said he is proud of the current state of China-Serbia relations.

The video of his interview with Bild posted on China's Twitter-like platform Sina Weibo gained widespread applause from Chinese netizens. The relevant topic was viewed more than 67.99 million times as of press time.

"Serbia should be proud to have such a president, your country must be getting better and better," commented one Weibo user.

Some netizens also criticized the German media, saying that the China-Serbia relationship will not be affected even if it tries to sow discord between the two countries.

The first batch of one million doses of COVID-19 vaccines developed by China's leading pharmaceutical company Sinopharm arrived in Serbia on January 16, 2021, and was received by the country's president at Nikola Tesla International Airport in Belgrade, Xinhua news reported.