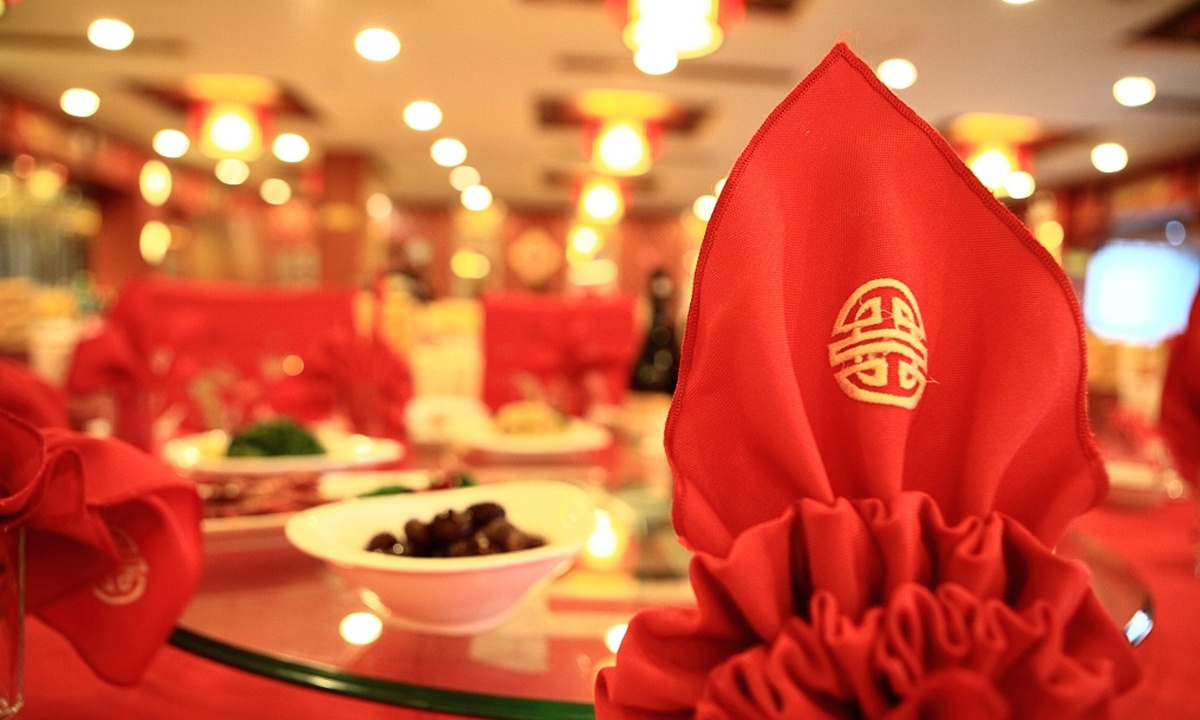 Amid latest coronavirus resurgence in multiple places in China, many newlyweds are canceling banquets to protect relatives, friends and themselves.

A couple from North China's Hebei Province, Fan Ziyuan and Tian Xiaoyu, informed their family and friends that their ceremony scheduled for January 30 will be postponed due to the epidemic.

The couple had booked hotels, cars and a banquet, but cancelled as "the ceremony can wait, but the virus will not." "The cancellation is a responsible move for our relative and friends," Fan said,

Three other couples in Qiuxian county of Handan, North China's Hebei Province, also decided to cancel their wedding ceremonies, giving priority to epidemic control. Handan is next to Xingtai, a city in lockdown due to the latest outbreak.

County officials are also using loudspeakers and publicity vans to persuade residents to reduce the scale of ceremonies, which normally could have dozens of tables and more than 100 guests.

Gatherings like wedding ceremonies have been identified as key links in multiple outbreaks, including the latest one in Shijiazhuang, capital city of Hebei Province and a summer outbreak in Northwest China's Xinjiang Uygur Autonomous Region.

Couples in areas where virus control is lighter, are taking similar action.

A wedding service provider in Luoyang, Central China's Henan Province told the Global Times that there are usually lots of weddings scheduled around the Spring Festival, and two clients had decided to postpone the ceremony, likely until April or May.

"Although there is no infections found in Henan yet, the young couples are very cautious amid the situation," said an employee of the company who requested anonymity.

"The couple will lose their deposits for their wedding ceremony banquet, but we do not charge them for rescheduling other services, such as the wedding host, photographers and wedding cars," the employee said.

According to the employee, some couples also reduced the scale of wedding banquets and only invited close relatives and friends.

A new bride from Yuncheng, North China's Shanxi Province, decided to have one bridesmaid and one best man, and only invited some 20 guests, half the size she and her husband originally planned to invite.

Cancellation of wedding ceremonies prompted some online discussions like whether Chinese tradition of inviting lots of acquaintances to wedding banquets will change.