LONDON, June 12 (Xinhua) -- Chinese writer and Nobel laureate Mo Yan was awarded Wednesday the Honorary Fellowship by Regent's Park College, University of Oxford, in recognition of his contribution to Chinese and world literature. 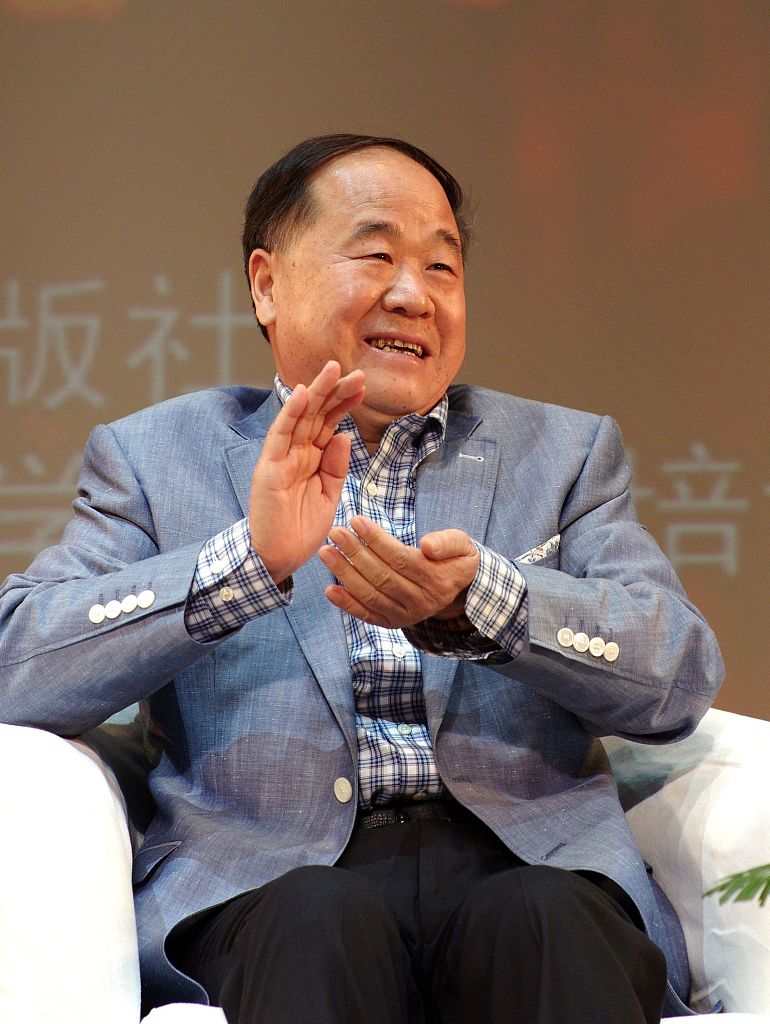 The college principal Robert Ellis presented the gown and stole to Mo at the ceremony. They unveiled together a new international writing center named after Mo.

Two Chinese contemporary writers Su Tong and Yu Hua were invited to work as Writers in Residence for the international writing center.

Mo, renowned for his imaginative and humanistic fiction, was awarded the 2012 Nobel Prize in Literature. He is also a professor at Beijing Normal University.

He expressed his gratefulness to the Oxford college and recalled his love to literature since his childhood. He also told the audience in his speech that he was greatly influenced by William Shakespeare's masterpieces and would focus on play writing in the following years.

Ellis told Xinhua that as the college has strengthened its relationships with Beijing Normal University in the last few years, "it is the very right thing to do for somebody in the university not only to honor Mo Yan's great achievements as writer, but also we want to recognize him and welcome him into our college community. "

"It is great honor for us to associate him with us and we hope he too will gain from the association with our college," the principal added.

He noted that Regent's Park College, located at the center of Oxford, had historical ties with China and the newly inaugurated Mo Yan International Writing Center is "a very exciting development."

"We hope to strengthen our collaboration with Beijing Normal University and hope it will nurture new writers and young people will be stimulated," he said.

Ellis believes the interchange between Oxford and Chinese universities will continue to bring advantages to both sides.

"One of the advantages of the relationships is the way to deepen the understandings between people from different cultures and different economical and political systems. That is also gained through conversations we have because of the quality writing of Mo Yan. So, to read his books, the Red Sorghum Clan, for instance, is for reader from the West to understand China in a new way," he said.

The college also unveiled a portrait of Mo Yan, which was commissioned to join those of other honorary fellows in the college lecture room.

Mo was born in 1955 and grew up in Gaomi in east China's Shandong Province. He is the first Chinese national to win the Nobel literature award.