US authorities in the state of Maryland have issued a call for people to help track down an invasive species, the Chinese Mitten Crab. Word of this has prompted people in China to pledge their help via their their chopsticks! 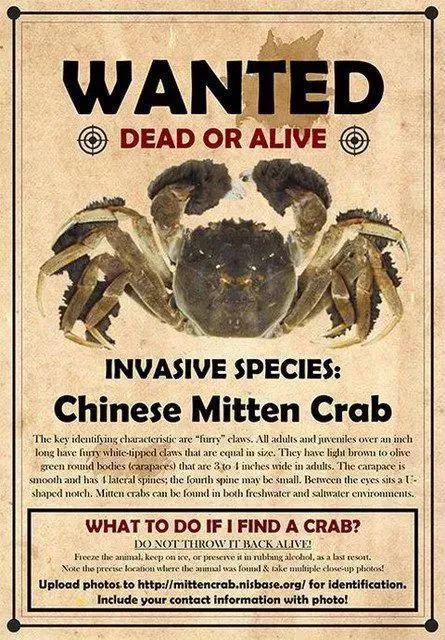 Authorities are calling for people to help hunt down the China-originated crab, "dead or alive," saying the species could affect the indigenous crab population in local waters.

The appeal has since gone viral on Chinese social media, with numerous people offering to "dine out" on the mitten crab, which is considered a traditional delicacy in Chinese cuisine.