The Press Center for the Celebration of the 70th Anniversary of the Founding of the People's Republic of China held its first group interview on Tuesday to introduce arrangements for the upcoming National Day military parade. 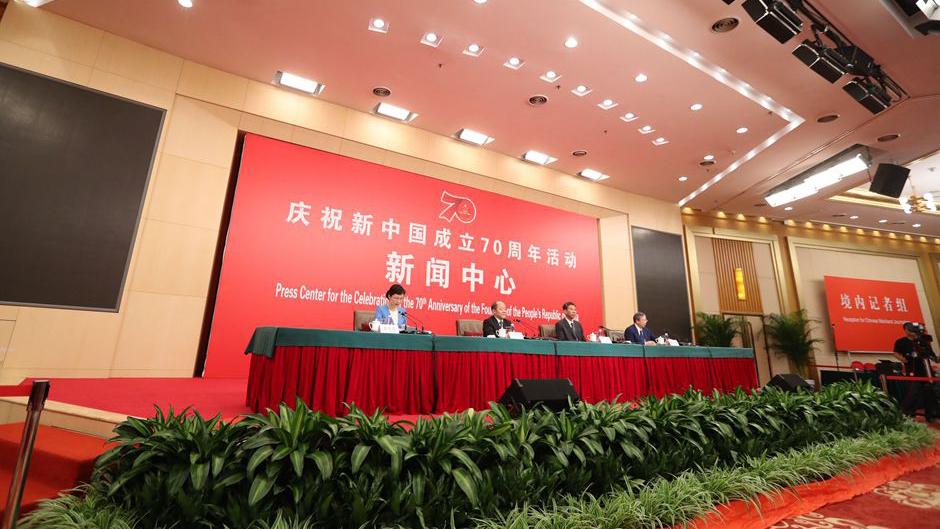 The Press Center for the Celebration of the 70th Anniversary of the Founding of the People's Republic of China holds first group interview on the upcoming National Day military parade on September 24, 2019. (Photo: People's Daily)

The military parade will be the biggest in recent years, according to Major General Cai Zhijun, deputy director of the Leading Group Office of Military Parade and deputy director general of the Operation Bureau of the Joint Staff Department at the Central Military Commission (CMC).

The parade, which will highlight China's military advances over the past 70 years, will last 80 minutes, Cai said.

About 15,000 people will participate in the parade. Fifty-nine formations, over 160 planes and 580 equipment will be involved in the parade, Cai told reporters.

Female generals will join the foot formations during the parade for the first time.

Asked about if there will be foreign armies taking part in the parade, Senior Colonel Wu Qian, director general of the Information Bureau of the Ministry of National Defense, said there will be 188 military officials from 97 countries watching the parade.