The officials from the Information Office of the People's Government of northwest China's Xinjiang Uygur Autonomous Region held a press conference in Urumqi, capital of the autonomous region, on Xinjiang-related issues and took questions from journalists on Friday.

Q: The New York Times recently carried a report alleging Xinjiang government sends children to boarding schools, "separates" them by force from their parents, and "replaces ethnic languages with Mandarin," and "brainwashes" them with patriotic education. What's your response to this?

A: Parhat Rozi, deputy secretary of the Communist Party of China (CPC) Kashgar Prefectural Committee, rejected the report and said "this report is baseless and packed with fakery. It is completely a subjective fabrication," adding that such reports are "self-conflicting."

"Boarding school education has been an effective way to improve the education level and reduce the burden on students and their parents in China's remote areas," Rozi said.

"In Xinjiang, governments at all levels fully respect people's right and freedom of all ethnic groups to use their own spoken and written languages," he stressed.

Patriotic education in Xinjiang schools has been propagated as "brainwashing" by the West, which is a typical double standard, he added. 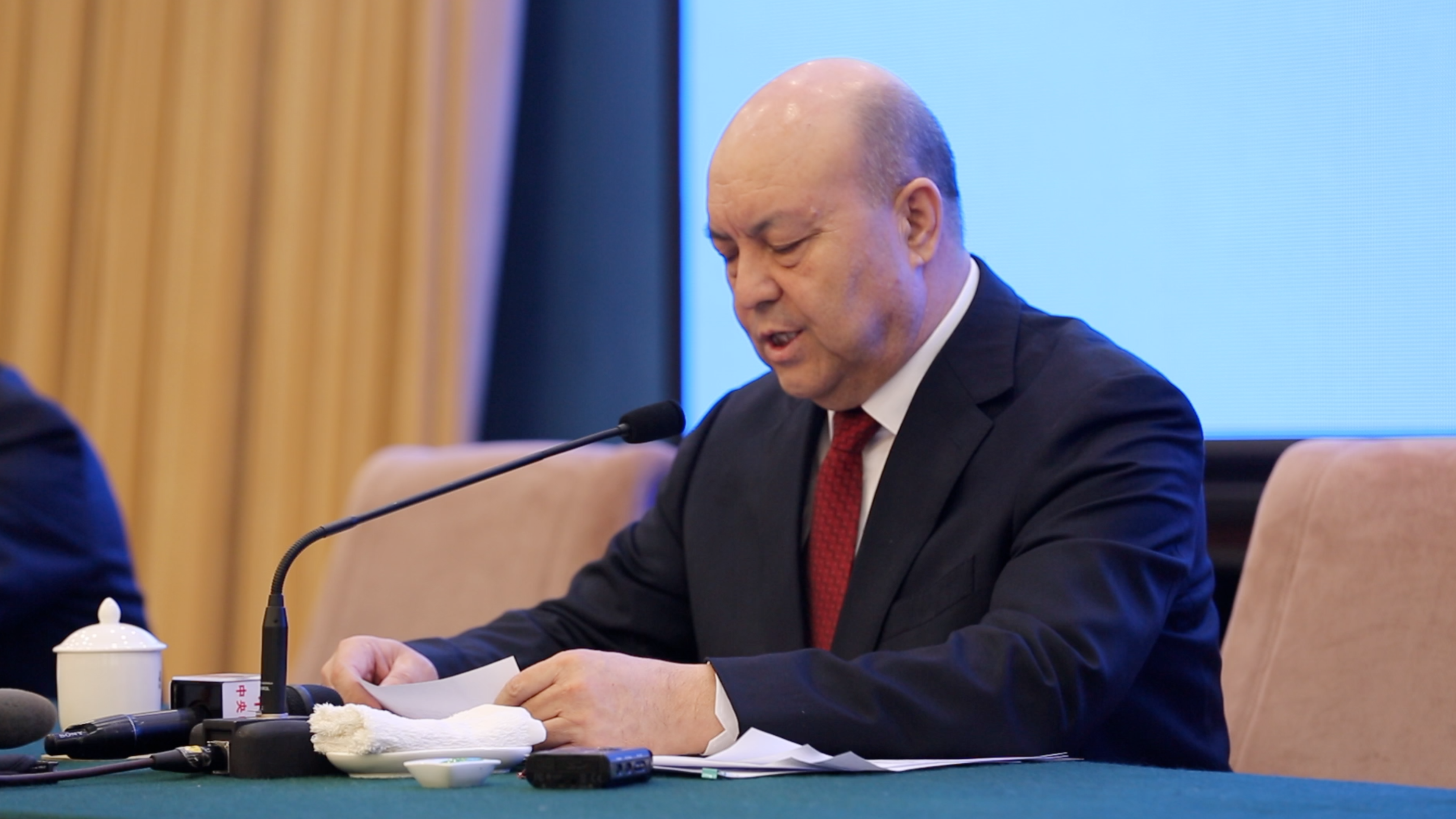 Q: In recent days, there have been "missing people posts" on foreign social media platforms. People who posted these messages claimed their attempts to locate the whereabouts of their "relatives" and "friends" in Xinjiang yielded no results; not even a trace of them. What's your comment on this?

A: Rozi noted that most of the information and pictures in those posts are fake and facts showed that the so-called "missing people" are living a normal and stable life.

"For example, Rozimamat Atawula, mentioned in the posts, now works in a shoe-making factory in Hotan County, with a monthly income of 2,500 yuan. Abdukelim Abudreyi, another one listed in the posts, lives a peaceful life now in Urumqi after retirement from a public bus transport company," Rozi said.

Q: Recently "celebrities" in U.S. and Europe attacked Xinjiang on social media or spoke up for Uygur people, which attracted much attention on internet. What's your opinion?

A: "I don't know whether these 'celebrities' have ever been to Xinjiang, but they seem to be blinded by fake news, and affected by unfounded charges in their judgment. We welcome those 'celebrities' to visit Xinjiang. As long as they have conscience, distinguish between truth and falsehood and uphold the principle of fairness and objectivity, they will see a true Xinjiang," Guli Ablem, deputy director of Xinjiang's regional culture and tourism department.

Ablem added that Xinjiang is an inseparable part of Chinese territory and the Chinese government fully protects equal rights and freedom for people of all ethnic groups in accordance with law.

She said the government has always taken the people's aspiration for a better life as the goal of its work, and resolutely delivered outcomes of development to improving the people's life. People of all ethnic groups now enjoy a much stronger sense of gain, happiness and security.

Q: Recently, the Irish Times carried a report: 'Become Family': China Sends Officials to Stay with Xinjiang Minorities. And some foreign media reported that "paring government employees up with people of other ethnicities in a relative-like relationship is to keep a watch on Uygurs" "ask ethnic minorities to eat pork" and "Han ethnic males sleep in the bed with local women in the same room," and so on. What comment you would like to make on it?

A: Those who make up such rumors are "extreme dark inside" and "extreme contemptible and indecent," Rozi said.

He noted that Peter Goff, the journalist of The Irish Times, didn't interview the Imam or Uygur people mentioned in his report, nor did the graduated trainees he interviewed speak of what he wrote. He fabricates the report and his interviews.

And for the claimed "pork meal," Rozi presented a picture taken during the meal, which shows many dishes but one made of pork.

Xinjiang has been carrying out "Ethnic Unity Campaign" and promotion activities among government officials and people of different ethnic groups since 2016. And they are proven effective measures to strengthen ethnic unity and promote exchange and communication, and are welcome by the people of all ethnic groups, he said. 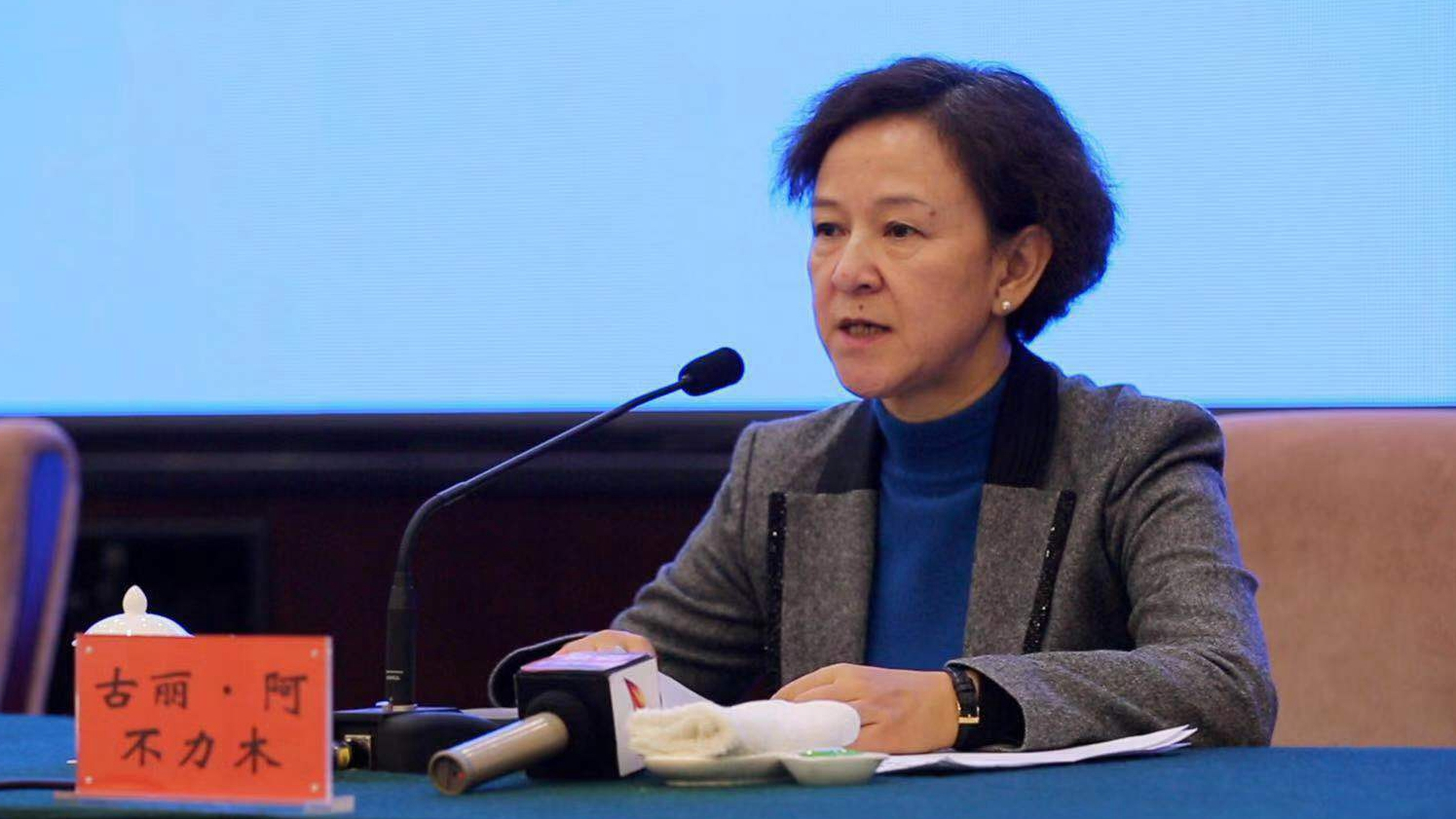 Q: Recently, a manga named "What Has Happened to Me - A Testimony of a Uyghur Woman" drawn by Japanese artist Tomomi Shimizu went viral on some overseas websites such as Twitter and Facebook. The graphic novel tells the story of Mihrigul Tursun, a Uygur woman from Xinjiang who told her experience of being prosecuted after escaping from a vocational education and training center. What is your comment?

A: Ablem refuted the lies of Tursun and clarified the facts:

Tursun used to be a resident in Qiemo County of Bayangol Mongolian Autonomous Prefecture, Xinjiang. In January 2012, she registered for marriage with an Egyptian in Egypt. In March 2018, her Egyptian husband told the public security bureau of Qiemo County that Tursun had acquired Egyptian nationality. After seeking the opinion of Tursun and receiving her application for nullifying her Chinese nationality, the public security bureau of Qiemo County deregistered Tursun and her two children's permanent residence.

Apart from twenty days in criminal detention, Tursun was totally free during her stay in China. Records showed that from 2010 to 2017, Tursun traveled eleven times between China and Egypt, the United Arab Emirates, Thailand, and Turkey.

Tursun has never been detained by police in Urumqi. Neither has she been jailed or received penitentiary education in any vocational education and training center.

Ablem said the Japanese cartoonist didn't know about Xinjiang, and she invited her to visit Xinjiang and find the truth in Xinjiang.

A: Ablem said the counter-terrorism and deradicalization work in Xinjiang doesn't target any specific region, ethnic group, or religion, and is never linked with specific ethnic groups or religion. These posts on social media smearing China's Xinjiang policy were organized activities to discredit the Chinese government, and the Xinjiang government "strongly condemns" such actions, Ablem said.

Measures like vocational education and training centers are designed to address terrorist threats, she said.

She went on to say that China has invited over 1,000 diplomats and officials from various countries and international organizations to visit the autonomous region, including the vocational training centers, which they said are a "useful experience and a successful example for the international community to learn from combating terrorism and eradicating extremism."

China's efforts in human rights protection has been recognized by the international society, Ablem said, citing a letter signed by ambassadors from 50 countries to the UN Office at Geneva to the president of the UN Human Rights Council and the High Commissioner for Human rights last year.

Q: Some media said that a large scale demolition of mosques is underway in Xinjiang, what is your comment on that?

A: Rozi slammed the allegation, saying it is "false accusation" and the regional government "fully implements" the freedom of religion. People's right of religion is guaranteed by law, he stressed. Rozi said western politicians attempted to interfere in China's domestic affairs by applying double standards and making these accusations.

He quoted some number of evidence: "The number of mosques in Xinjiang has increased to 24,000 odd, compared to some 2,000 in early time of China's reform and opening-up (the 1980s), which means there is a mosque for every 530 Muslims on average, and number of religious personnel has increased from 3,000 to 29,000 more at present. Are these figures exemplification of religious freedom or the result of large-scale demolition of mosques?"

Q: It's reported that there is forced labor in the vocational education and training centers in Xinjiang, and some enterprises acquire cheap even free labor force from the centers. What's your response?

"Some graduated trainees have found employment in factories or enterprises, some have started their own businesses, and some have continued their studies in secondary and higher vocational schools in order to improve their prospects further," he said.

These graduate trainees are the same as other employees – they sign labor contracts and enjoy the equal rights as others in accordance with China's labor law and regulations.