CHINA Chinese, Panamanian presidents congratulate each other on anniversary of diplomatic ties

Chinese, Panamanian presidents congratulate each other on anniversary of diplomatic ties 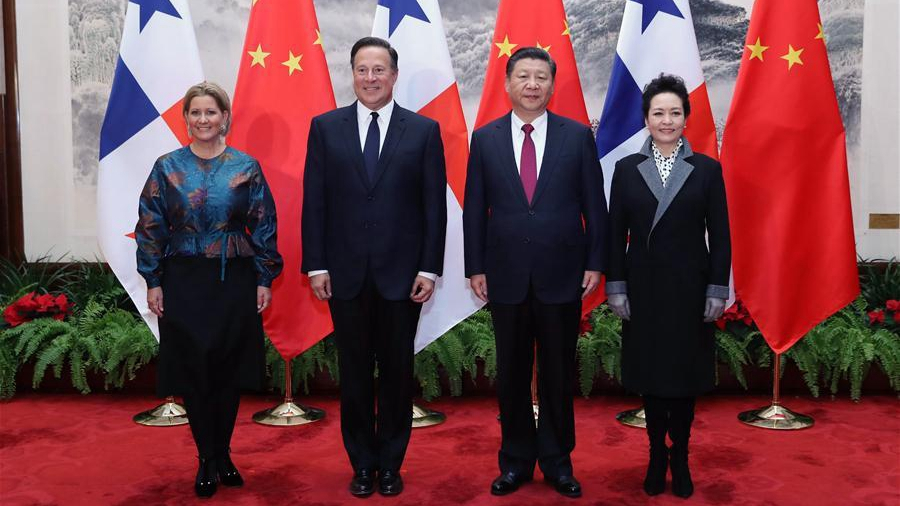 Chinese President Xi Jinping and his Panamanian counterpart Juan Carlos Varela exchanged congratulatory messages on Wednesday as it marks the one year anniversary of the establishment of China-Panama diplomatic ties.

President Xi pointed out China and Panama have opened a new era for bilateral ties when the two countries established diplomatic relations last June. It's a just and wise political decision made by both countries and has won support from both peoples, said Xi.

"During your successful state visit to China in November, we discussed and made plans for the comprehensive development of bilateral ties," said Xi, adding that the seeds planted then have grown and are now bearing fruits.

Varela said that Panama and China have reached an important consensus and have made fruitful achievements over the past year, based on their traditional friendship and existing cooperation programs.

Varela said he is deeply proud of being involved in initiating the Panama-China ties and will continue to promote the ties with great enthusiasm.