Chinese parents have a high level of awareness of the importance of toys and other entertainment tools in helping their children grow, according to global toy manufacturer LEGO Group. 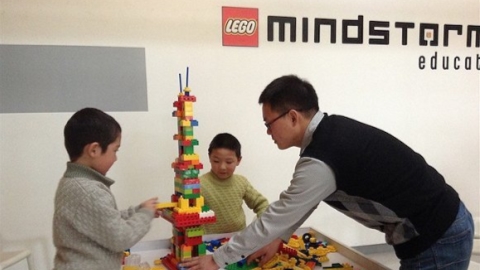 About 93 percent of the surveyed 1,440 Chinese parents said they believe playing can help their children achieve greater success in future study and work, the 2018 LEGO Play Study showed.

About 97 percent said they have fun playing with their children and prefer toys that can inspire innovation, the report showed.

Play combining traditional as well as digital means is becoming popular among Chinese children. About 77 percent of the surveyed children said they prefer digital tools and means of playing.

When it comes to digital technology and social media, about 68 percent of the parent respondents thought the development of digital technology is conducive to closer family ties, while it is a common fact that digital safety for children has become a concern of most Chinese parents. About 91 percent of surveyed parents agreed that online safety is important when their children play online. They also thought that social media and apps hinder communication with their children, the report showed.

The Denmark-headquartered company has seen steady growth in the Chinese market since it entered the country over two decades ago. It registered a double-digit sales growth in the market last year as increasingly affluent Chinese tend to spend more in raising their children.

The LEGO Group opened its first brand retail flagship store in Asia, also the world's largest, in Shanghai in 2016 and it plans to open another store later this year in the same city.

The company forged a strategic partnership with Chinese tech giant Tencent in January to collaborate across a broad range of digital content and digital platforms to provide Chinese children with a fun, creative, and safe digital LEGO experience. As part of the partnership, a Lego video zone for children on the Tencent video platform is officially launched in May this year.