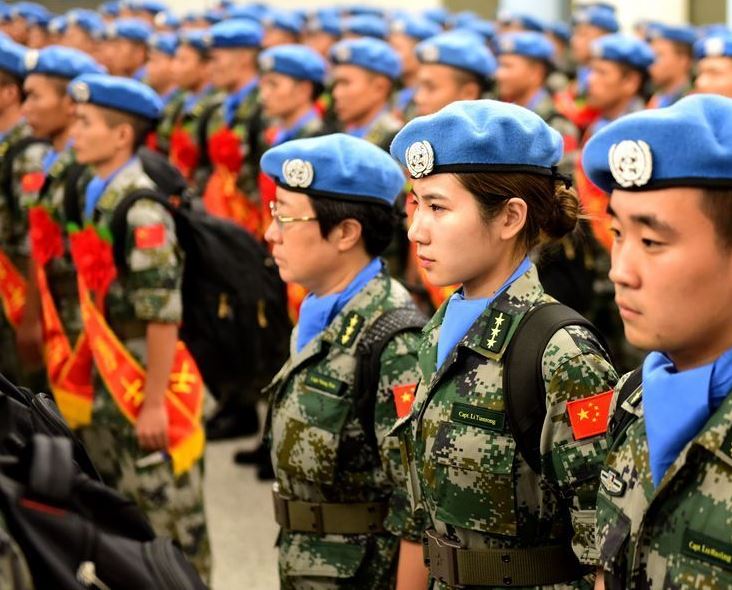 Photo shows a group of 165 Chinese peacekeepers were preparing to leave for South Sudanese capital, Juba from Zhengzhou, the capital city of central China's Henan Province, on Sept. 11, 2018. (Photo: Xinhua)

The peacekeepers are to serve on a one-year mission replacing former Chinese troops that departed the East African country which has been embroiled in conflict in the past four years.

The peacekeepers, consisting of a sapper team of 133 and a medical unit of 32, are part of the 331-strong battalion being sent by China for the mission. The remaining personnel of the battalion are expected to arrive in the country later this month.

The team will be tasked with repairing roads, bridges, and airports, constructing and maintaining barracks and shelters, building facilities for water, power and heating supplies, and providing engineering support in mission areas.

The medical unit will carry out tasks including treating common and infectious diseases and performing operations and vaccinations.