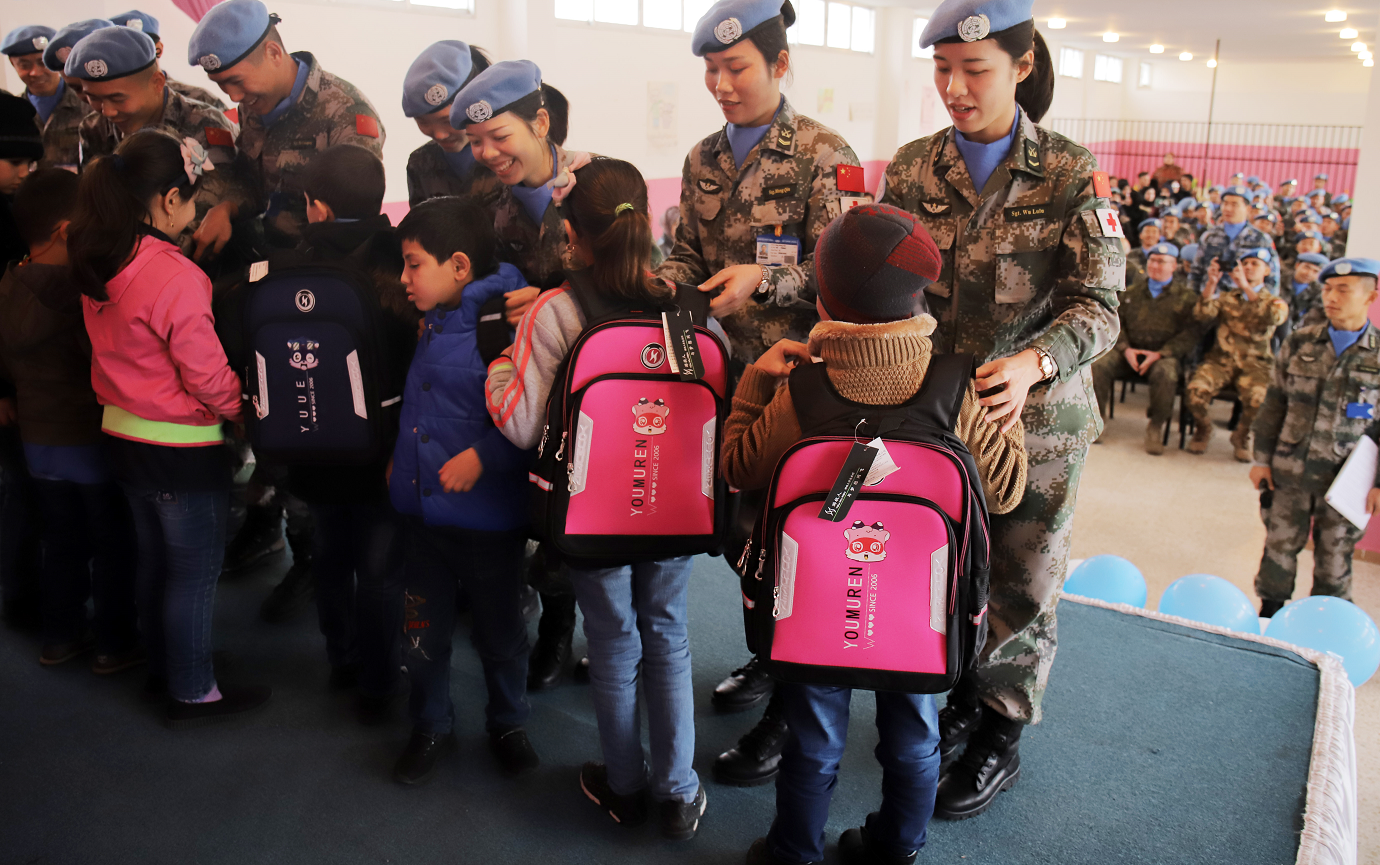 Beirut (People's Daily) -- A ceremony to celebrate the completion of the Chinese-built ‘China-Lebanon Peace Square’ was held in the Al-Majadel School in Lebanon.

In less than six months, Chinese peacekeepers managed to build a standard-sized basketball court, a 600 square meter square functioning as a shade and parking lots, at the Al-Majadel School. The peacekeepers also refurbished desquamated walls and desks.

The school decided to name the square ‘China-Lebanon Peace Square’ to show gratitude to the Chinese peacekeepers who built it.

The school has been wanting a square like this for three years, but it didn’t happen before now due to shortfalls in the budget and a lack of manpower, Malik Hamede, the headmaster of the school told People’s Daily. Now with the square completed, the students will not be affected by direct sunlight or fierce winds. 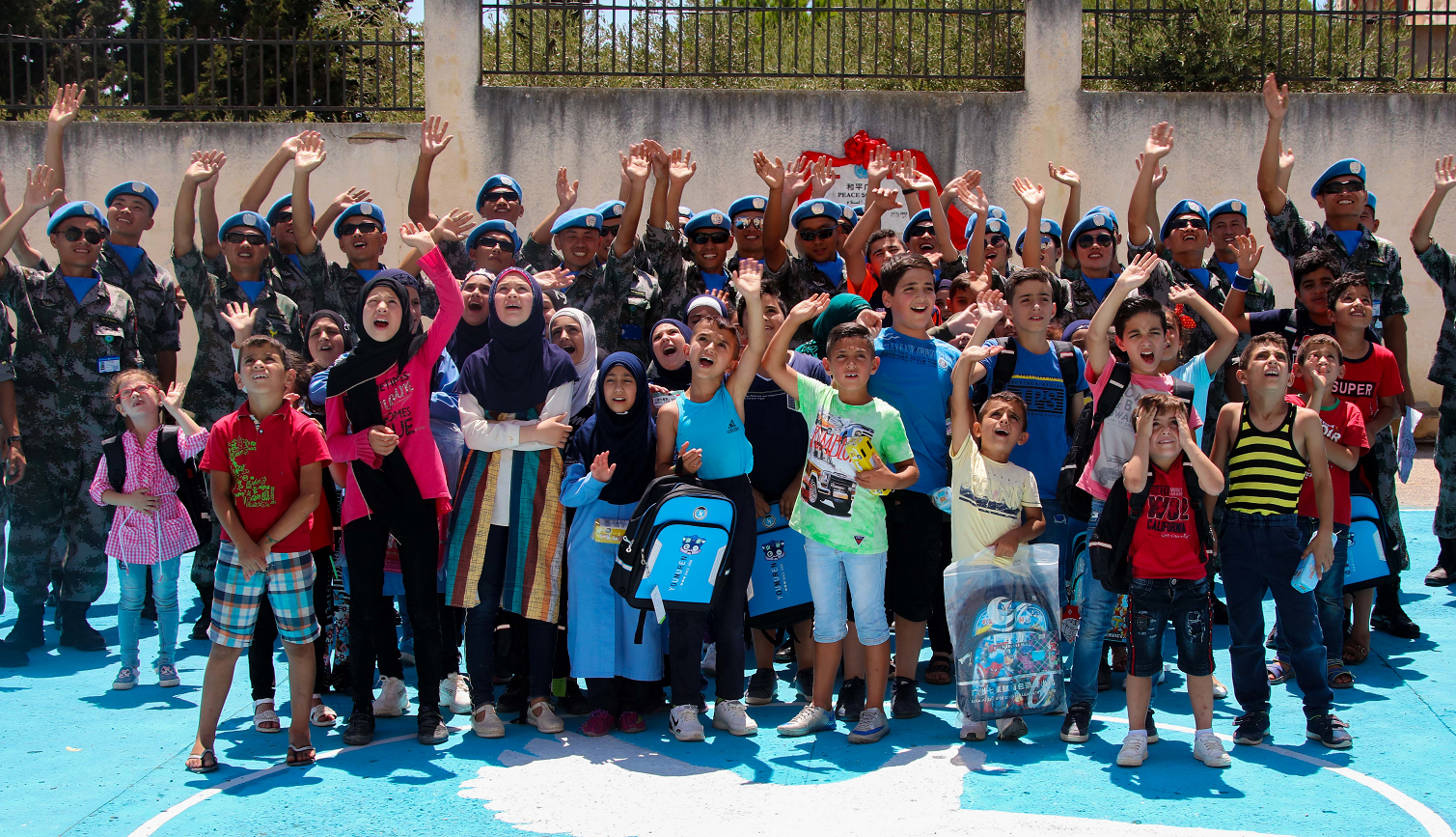 Students from Al-Majadel School put on performances and the peacekeepers staged a Chinese martial arts show and lion dance at the ceremony.

The Al-Majadel School has more than 670 students, 60 of whom are Syrian refugees. The campus suffered severe damage in the 2006 Lebanon-Israel war.

The soldiers who built the square are from the engineer division of the 18th batch of the Chinese peacekeeping force in Lebanon.

After being deployed to Lebanon last May, the division has completed 29 construction projects appointed by the United Nations, provided free health services to 32 impoverished villages and treated a total of 990 patients. 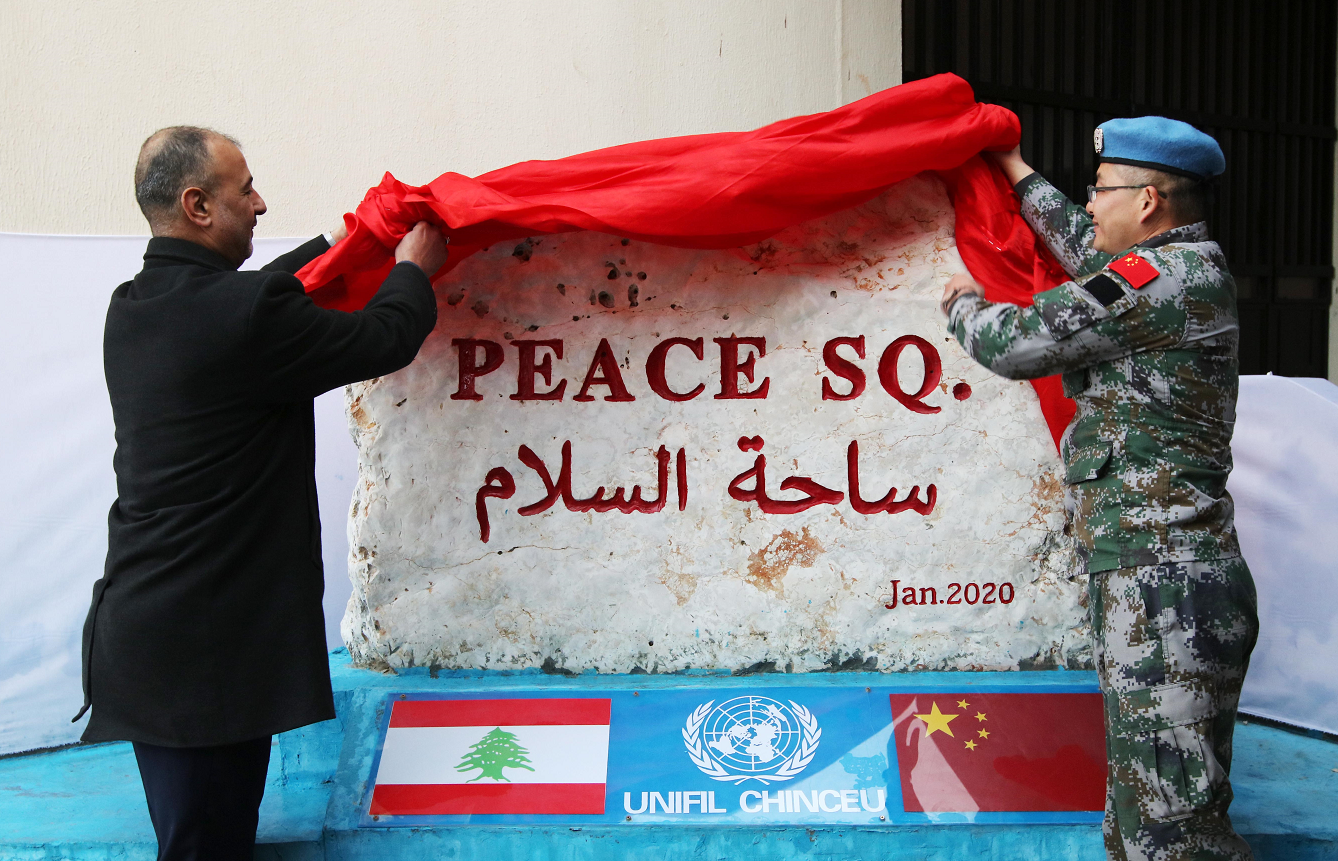 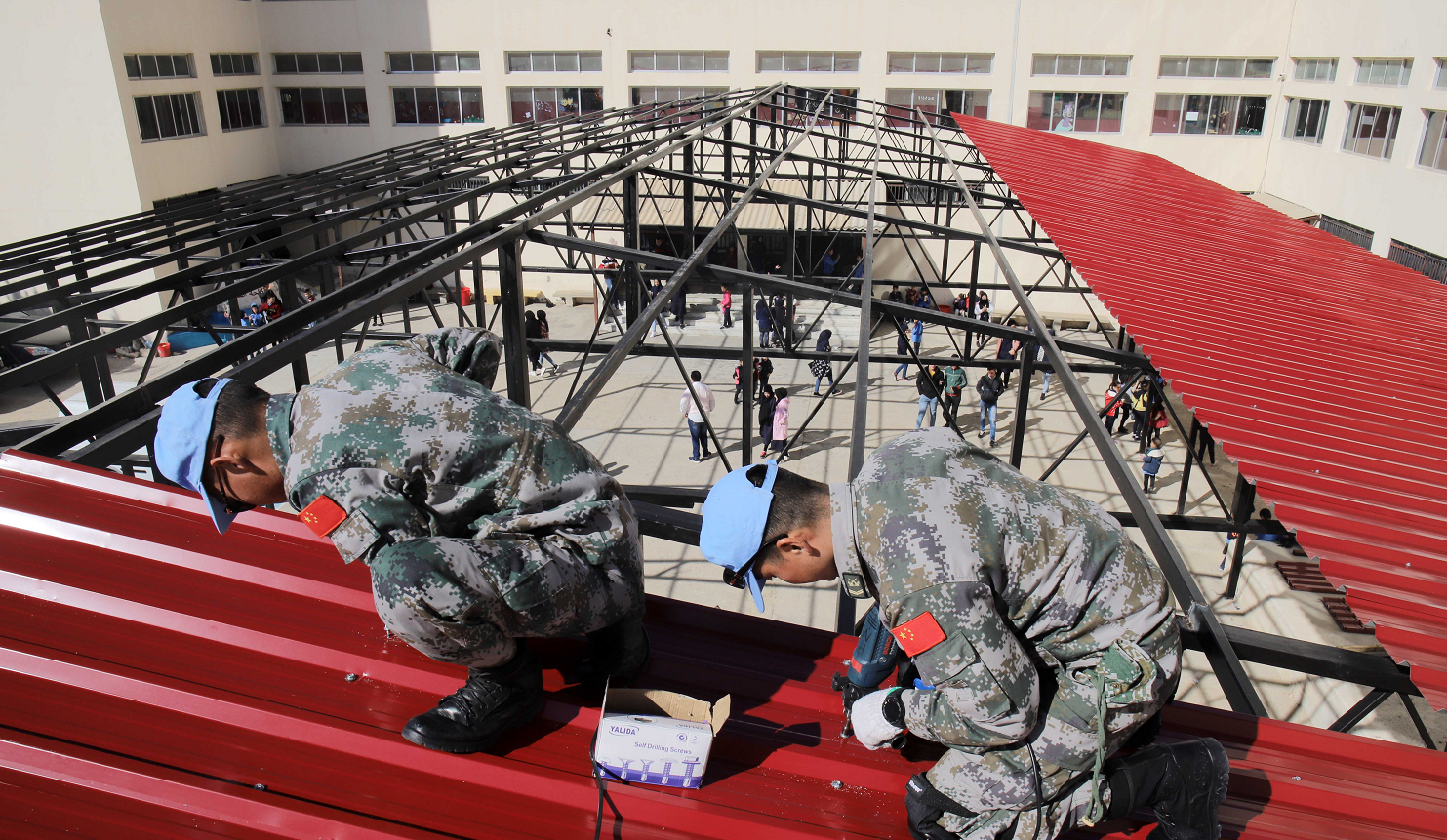