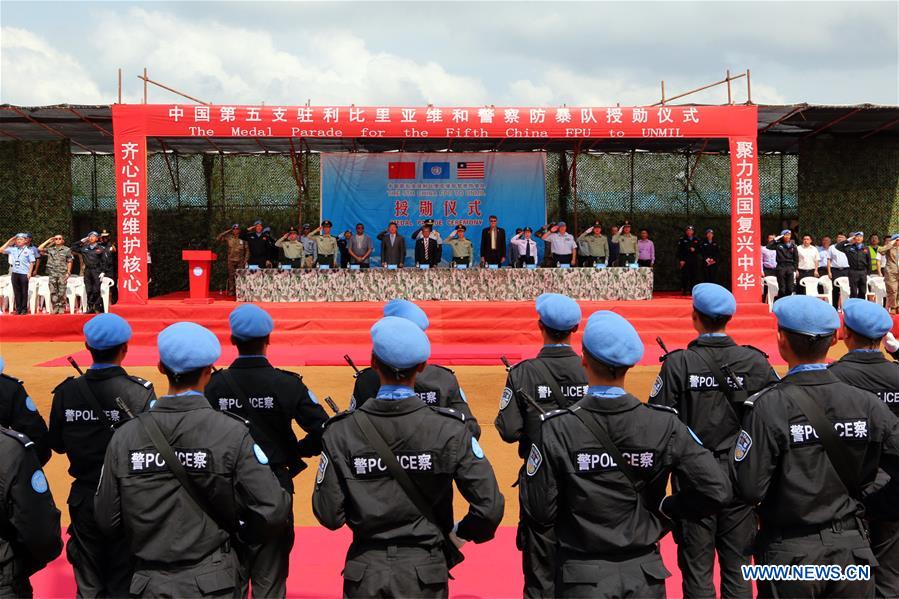 The opening ceremony was held and attended by Shi Honghui, commanding officer of Chinese peacekeeping contingent to Lebanon, Robert Ayi, UNIFIL J1 Chief, and other 35 people from the UNIFIL and the Confucius Institute of Saint Joseph University of Lebanon.

"This course is a very good opportunity to learn Chinese language and culture," said Ayi, who also spoke highly of the excellent professionalism and great contribution made by the Chinese peacekeeping force since its deployment to UNIFIL.

Fun games and events were held during the first class of the course, including quizzes, traditional calligraphy and paper-cutting, to attract the students with the Chinese traditional culture.

Ali, the runner-up winner of the 17th "Chinese Bridge" Chinese Proficiency Competition for Foreign College Students in Lebanon, was invited to review and share his experience of learning Chinese.

"I am deeply attracted by the first lesson," said Haddad, an official from the Security Section, adding that he would continue his study on Chinese, as China is a great country with brilliant history and there are an increasing number of Chinese speakers nowadays.

The UN Security Council established the UNIFIL on March 19, 1978 to monitor the withdrawal of Israeli forces from southern Lebanon. Its mandate was expanded following the 2006 Lebanon War.

Since 2006, China has maintained a peacekeeping force in southern Lebanon as a part of the UNIFIL, tasked with missions such as mine-sweeping, project construction, medical rescue and humanitarian assistance.