Chinese people are embracing the first day of sanfu, the hottest and dampest period of the year, on Tuesday, in unique ways across the country.

Sanfu, also called China's "dog days of summer", refers to three 10-day periods that are predicted to be the hottest days of the year. As a millennium-old tradition, Chinese people are spending sanfu like their ancestors. 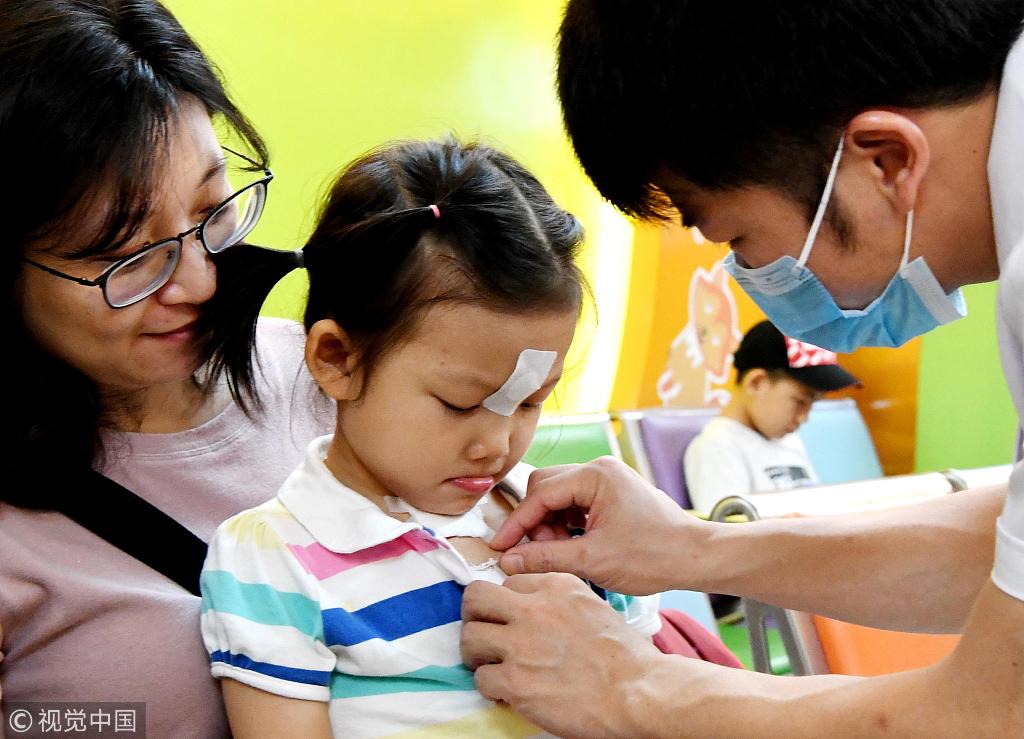 In traditional Chinese medicine (TCM), sanfu is considered a particularly suitable time for treating illnesses. Originating in the Qing dynasty, sanfutie, a special treatment, has been used by Chinese people for thousands of years.

In the central metropolis of Wuhan, tens of thousands of people came to the Hubei Provincial TCM Hospital for the treatment -- a bandage made of traditional Chinese herbal medicine placed on various acupuncture points on the body.

"This is the 11th year I have received this kind of treatment," said a woman in her 40s waiting in line to get the sanfutie.

"I was diagnosed with chronic pharyngitis several years ago, but after I used sanfutie, my disease was gradually cured," said the woman on condition of anonymity.

Amazed by the effects of sanfutie, she recommended the therapy to her family and friends.

"Because of the hot temperature, the meridians in the human body are clear and smooth, providing a great opportunity to balance the body's energy to heal diseases," said Deng.

"Our business is the best during sanfu," said Wang Yan, the owner of one of the biggest mutton shop in town, "customers eat up to 40 sheep each day."

Wang said the custom of eating mutton during sanfu can be traced back to the Yao period about 4,200 years ago.

According to Chinese medical theories, drinking hot mutton soup can disperse the cold in the stomach caused by drinking cold beverages.

Besides eating mutton, Shandong also organizes other cultural events during sanfu, such as sheep-fighting contests.

In the scorching heat, the jasmine flowers are blooming in Fuzhou City, capital of Fujian province in east China.

"Sanfu is the busiest time for the jasmine tea industry," said Du Luwen, an inheritor of the traditional jasmine tea processing technique.

"During the sanfu period, jasmine flowers contain the highest level of essential oils, which is indispensable for first-class jasmine tea," said Du.

For locals, a cup of jasmine tea, a cattail leaf fan, and a Fuzhou opera performance are all they need for a peaceful and cozy summer.