BEIJING, Oct. 18 (Xinhua) -- People from across China have been reinvigorated by a sense of mission to build the country as the Communist Party of China (CPC) convenes its five-yearly national congress this week in Beijing. 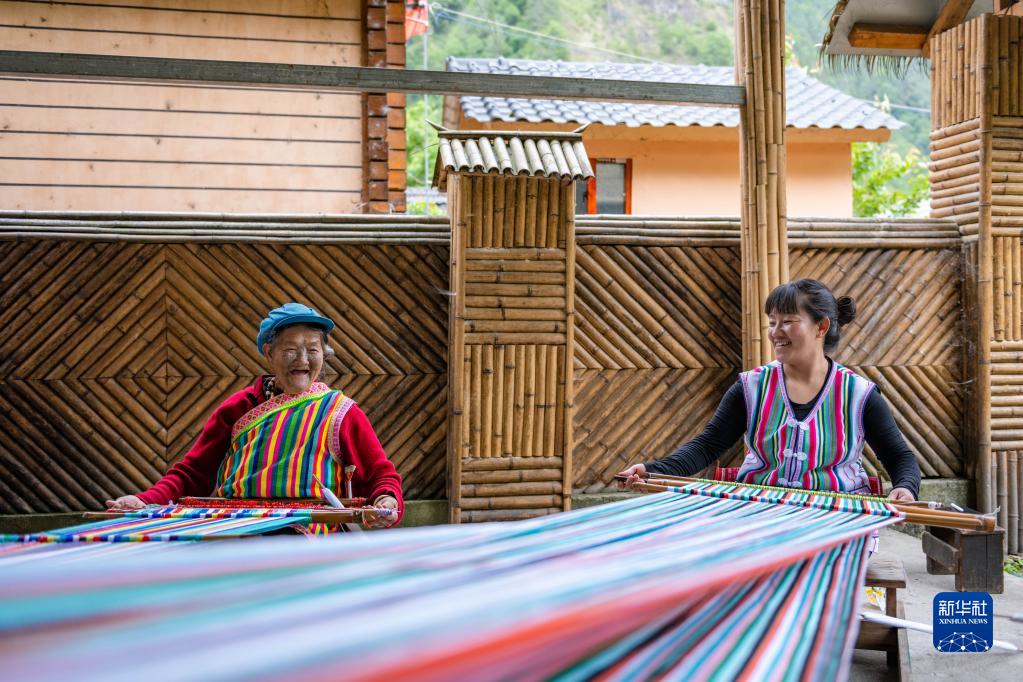 From villagers in deep mountains to jetliner designers, members of the public from all walks of life have expressed an eagerness to contribute to the country's modernization drive.

On Sunday, the CPC unveiled its blueprint for building a modern socialist China in all respects for the next five years and beyond as the 20th CPC National Congress opened.

"From this day forward, the central task of the CPC will be to lead the Chinese people of all ethnic groups in a concerted effort to realize the Second Centenary Goal of building China into a great modern socialist country in all respects and to advance the rejuvenation of the Chinese nation on all fronts through a Chinese path to modernization," Xi Jinping, general secretary of the CPC Central Committee, said in a report at the opening session of the congress.

"Eradicating poverty is not the end of our endeavor, but rather the starting point of a new journey," said Shi Kang, an official of the village. "We have full confidence that our country will become stronger and the villagers' lives more prosperous."

Xi said in the report that China has joined the ranks of the world's innovators, citing major successes on multiple fronts including airliner manufacturing.

Zhao Keliang, deputy chief engineer of the C919, China's first homegrown large jetliner, has every reason to be proud of what he and his colleagues have done. The C919 obtained last month the type certificate, a milestone step on its journey to market operation.

"The achievements in the past decade have shown us the power of dream," said Zhao. "It is a dream of the country and the expectation of the people to have China's homegrown large jetliner fly in the sky."

On Sunday, Xi stressed maintaining absolute Party leadership over the people's armed forces and further modernizing national defense and the military. The remarks came through loud and clear to the People's Liberation Army (PLA).

"We will never fail the Party and the people," said Qiu Tiefeng, a top fighter-jet pilot in the air force of the PLA. "We will commit ourselves to achieving the goals for the centenary of the PLA in 2027 and more quickly elevating the people's armed forces to world-class standards."

Xi also listed achieving common prosperity for all as one of the essential requirements of Chinese modernization.

East China's Zhejiang Province, a demonstration zone for achieving common prosperity, has made steady strides in the regard. As a key indicator of balanced development, the income ratio between urban and rural residents in Zhejiang decreased from 2.37 to 1 to 1.94 to 1 in the past decade.

"We will continue our efforts to promote common prosperity," said Lan Wenzhong, a village Party chief in Zhejiang. "As long as we roll up our sleeves and get down to work, a happy life will be around the corner."

China's vast number of internet users have also been closely following the congress online, giving thumbs-up to the country's achievements over the past decade.

As Xi delivered the report, about a dozen main takeaways such as "three major events in the past decade" and "the essential requirements of Chinese modernization" instantly became trending on China's popular microblogging service Weibo.

Echoing Xi's expectations, an internet user by the name of "Little Bear Sister-Zora" wrote, "We are living in a remarkable time and also shouldering great responsibilities. We need to aim high but stay down-to-earth, and dare to think big and take action."