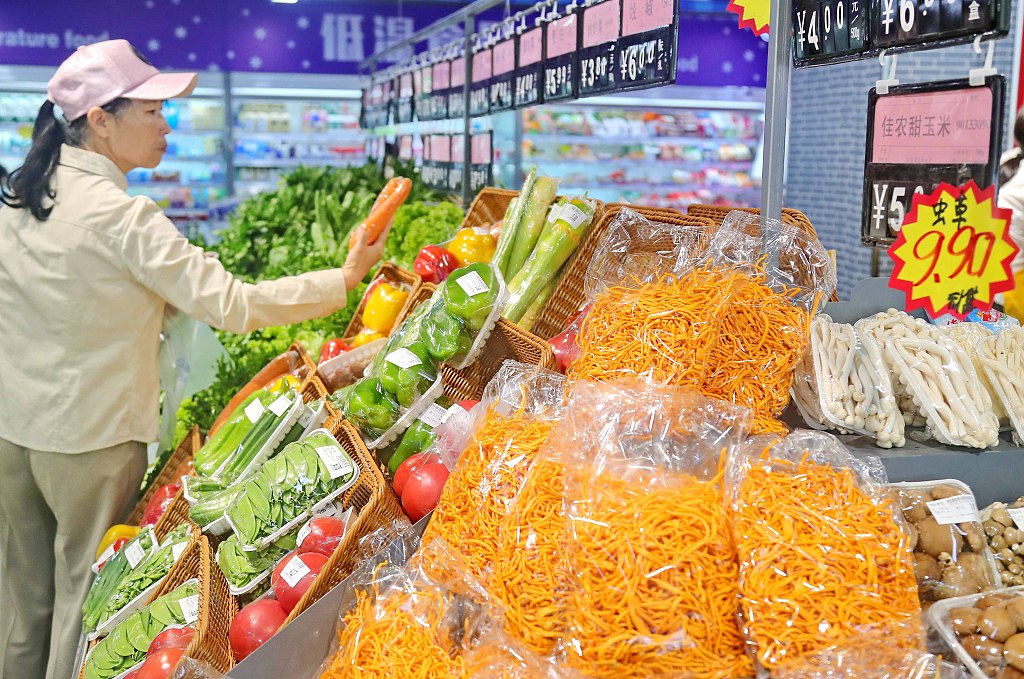 A woman was shopping at a supermarket in Donghuan street, Qinhuangdao city, Hebei province.(Photo: VCG)

Chinese residents saw their per capita disposable income surge by nearly 60 times during the past seven decades thanks to the country's steady economic expansion.