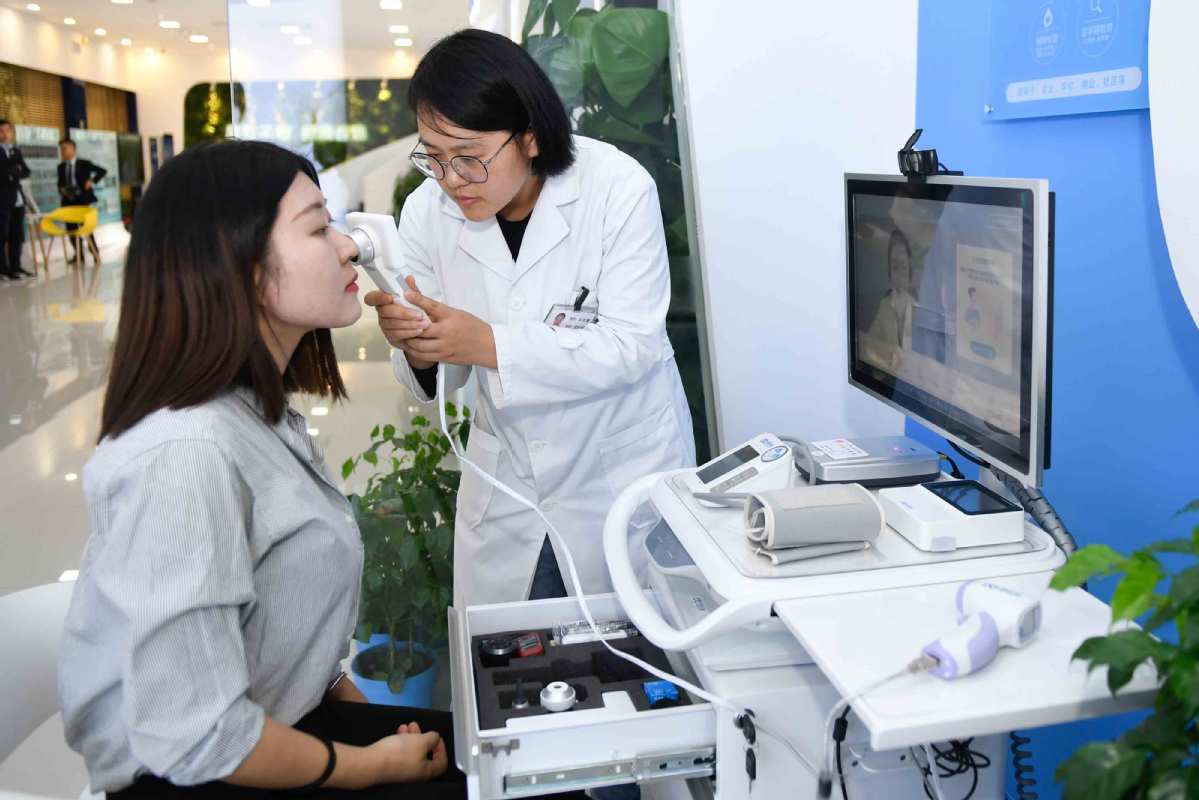 A visitor gets a checkup at Wuzhen Internet Hospital in Tongxiang, Zhejiang province, in November 2018. (Photo: Xinhua)

BEIJING, Aug. 27 (Xinhua) -- Health awareness levels among Chinese people have been improving over recent years with the proportion of people having sound health knowledge and skills reaching 17.06 percent in 2018, a health official said Tuesday.

The figure is based on a national survey to test health-related knowledge, concepts, lifestyles and basic skills among the country's permanent residents aged between 15 and 69, according to Li Changning, director of the Chinese Health Education Center.

The proportion of urban residents who are believed to have sound ability to obtain and understand basic health information and services and make right decisions for their own health reached 22.4 percent, while the figure with rural residents stood at 13.7 percent, the survey found.

However, rural residents' awareness has been improving faster, it revealed.