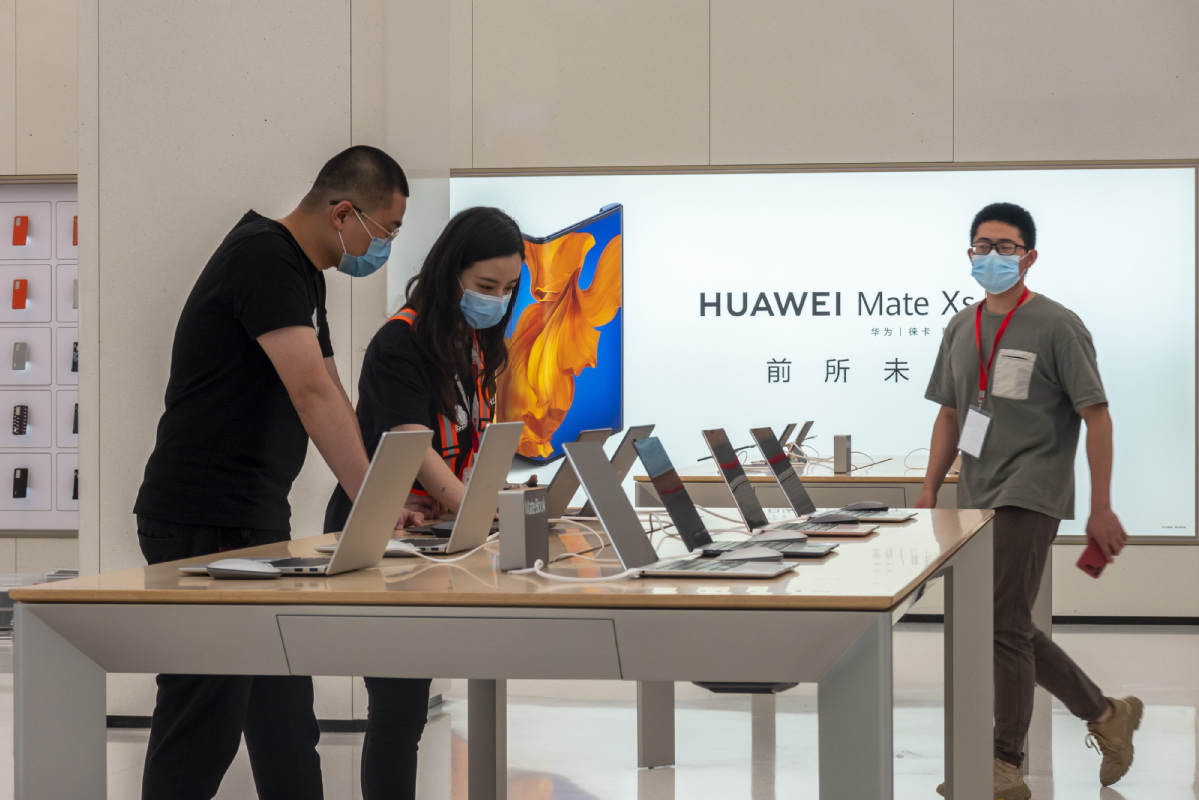 Chinese smartphone brands dominated more than half the global mobile phone market in the second quarter despite the double challenges brought by the COVID-19 pandemic and trade uncertainties, according to a new report.

The report, by market consultancy Visual Capitalist, said Chinese smartphone makers held the largest share of the global smartphone market, accounting for over 50 percent of total shipments in the second quarter of the year.

"Chinese smartphone makers are growing beyond their borders and getting increasingly popular all over the world. That is mainly due to their competitive pricing and attractive product range," said Xiang Ligang, director-general of the Information Consumption Alliance, a telecom industry association.

"Though faced with rising uncertainties brought by the global trade frictions, China is the world's largest production base of mobile phones. No other country can challenge China in offering the most complete industry system in producing a smartphone," he said.

The Visual Capitalist report also noted that Huawei, together with South Korea's Samsung Electronics, led the global market share with both of them commanding 20 percent. US tech giant Apple lagged slightly behind, at 14 percent.

"Huawei was able to attain this feat due to a unique market scenario created since the COVID-19 pandemic. China, Huawei's largest market, is now recovering from the pandemic, compared with other markets like Europe and the United States," said Tarun Pathak, associate director of the Counterpoint Research market consultancy.

An application processor is a key smartphone component that handles everything from graphics processing to powering the phone.

HiSilicon's progress came as the US government toughened export controls on semiconductor technologies to China. It put Huawei on its "Entity List" in May 2019 and said US firms had to obtain a license before exporting domestically produced chips and software to the company.

In May, the US government expanded these rules by requiring that contract chip producers anywhere in the world that use US semiconductor equipment and technology obtain its approval before producing chips designed by HiSilicon.

"Though there is a gap between the key Chinese electronics manufacturers, including chipset makers, and world-leading companies in terms of technologies, domestic companies already invest heavily in developing such technologies," said Wang Peng, an associate professor of finance and digital economy at the Hillhouse Academy Research Institute of Renmin University of China.

"When more orders move to local firms that develop electronic components, they will gather more attention and investment, which these domestic companies will further leverage for the research and development of core technologies," he added.