The Chinese People's Liberation Army (PLA) will celebrate its 93rd anniversary on Saturday. In 2020, the PLA underwent extremely tough missions, including fighting the COVID-19 pandemic and massive floods, and responded to military threats from other countries in the South China Sea, the Taiwan Straits, and the China-India border region. 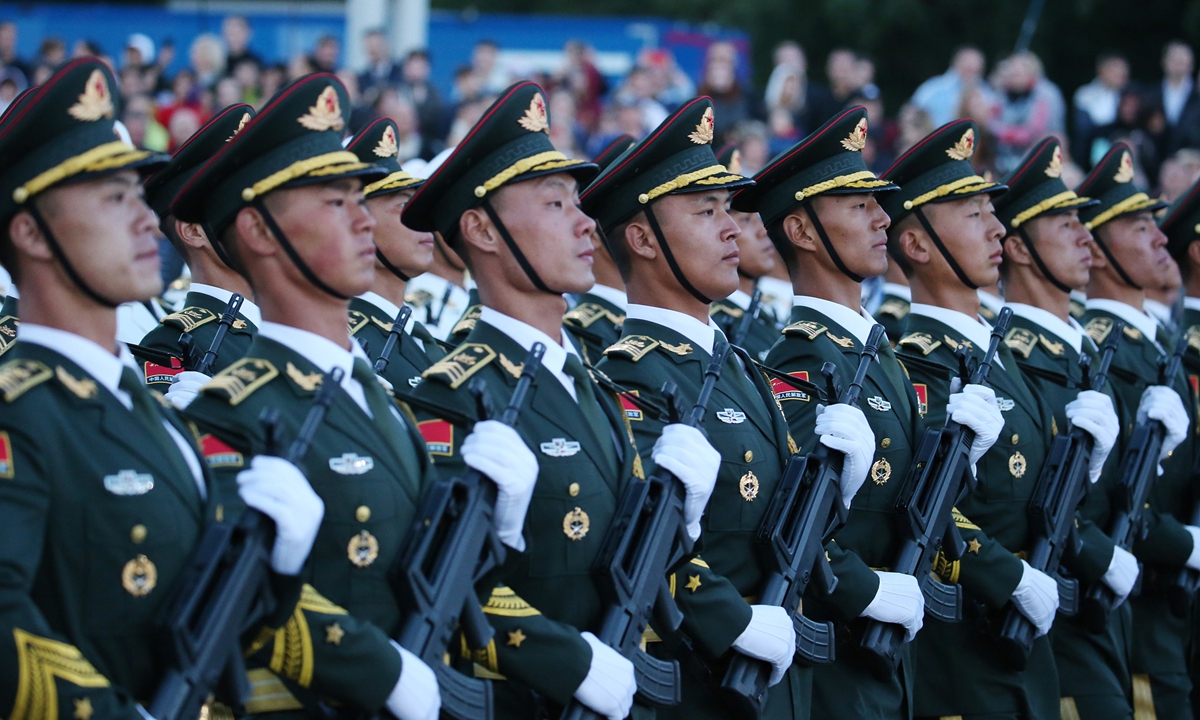 The Ministry of National Defense said at a monthly press conference on Thursday that the PLA has succeeded in dealing with floods after they accomplished the mission of fighting the coronavirus.

Ren Guoqiang, a spokesperson of the ministry, said by Tuesday, the PLA and armed police force had sent more than 720,000 personnel to 3,749 missions across regions affected by the floods.

On Wednesday, three units of the PLA were given the First-Class Meritorious Service Medal by the Central Military Commission. One of them is a research laboratory of the PLA Academy of Military Science, and for confidential reasons, the defense ministry didn't say why. Observers said that this could be related to the COVID-19 vaccine research and development that makes China stand in the leading position in developing a vaccine.

This year, apart from non-traditional military missions like fighting the epidemic situation and the floods, the PLA had faced military challenges, including border tensions with India, provocative military activities by the US over the island of Taiwan, and aggressive US military movements in the South China Sea.

The PLA has responded resolutely and correspondingly, with many high-altitude military exercises featuring thousands of troops and advanced weapons in West China's border regions, frequent warplane sorties near Taiwan, and intense naval and aerial exercises in the South China Sea, media reported.

In this special year in which the international situation has drastically changed, the PLA has done a good job in safeguarding national sovereignty and territorial integrity, while also not escalating the situation and dragging the country into war, a Chinese military expert who asked not to be named told the Global Times on Friday.

This year has been an intense year for the Chinese military's weapons and equipment development despite the COVID-19 epidemic.

On January 12, the Nanchang, China's first 10,000 ton-class Type 055 guided missile destroyer, was officially commissioned into the PLA Navy at a port in Qingdao, East China's Shandong Province. In the following months, it conducted a series of trainings, including main gun firing and maritime replenishment, as military observers said the advanced Chinese warship is on a fast track to achieve initial operational capability.

On April 22, China launched its second Type 075 amphibious assault ship in Shanghai. The first Type 075, which was launched in September 2019, is expected to conduct its maiden voyage soon.

The Chinese Defense Ministry revealed the H-6J bomber for the first time in July. It can reportedly carry more supersonic and powerful anti-ship missiles, and has a longer combat range.

On the ground, the latest weapons to make their public debut during the 2019 National Day military parade were the Type 15 light tanks and PCL-181 vehicle-mounted howitzers, which were also commissioned, media reported.

Further progress in China's new weapons development is expected to be unveiled this year, with the bi-annual Airshow China in November, the expert said. He believes a focus could be the new J-20 stealth fighter jets equipped with domestically developed engines.

At the annual session of the National People's Congress in May, China announced that it set its 2020 defense budget growth target at 6.6 percent, resulting in a draft budget of 1.27 trillion yuan ($178.2 billion). This would ensure China has the capability to face increased military threats from other countries, analysts said.