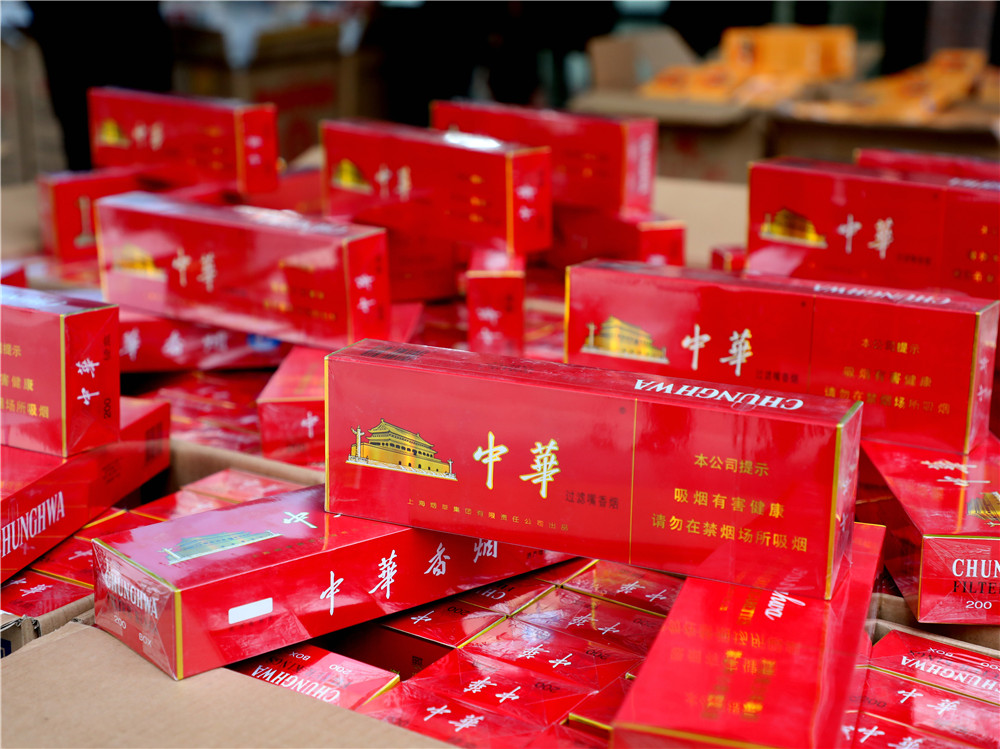 The local tobacco department and traffic police found a suspicious truck in the city of Quzhou on Jan. 1. Nearly 12,000 cartons of cigarettes were seized on the site and a suspect was captured.

The provincial tobacco quality supervision and examination office later confirmed that the cigarettes were fake products worth more than 1.6 million yuan.

The public security bureau of Quzhou established a special team to investigate the case on Jan. 2.

After six months of investigation, police found a gang led by a suspect surnamed Qian, who produced fake cigarettes overseas and smuggled and sold cigarettes in China. The smuggled cigarettes were sold in Beijing, Jiangsu, Shanghai and Shandong.

Quzhou police said, so far, they have detained 23 suspects including 11 people involved in fake cigarette manufacturing and management overseas. A total of 17 suspects were transferred for prosecution on Tuesday.