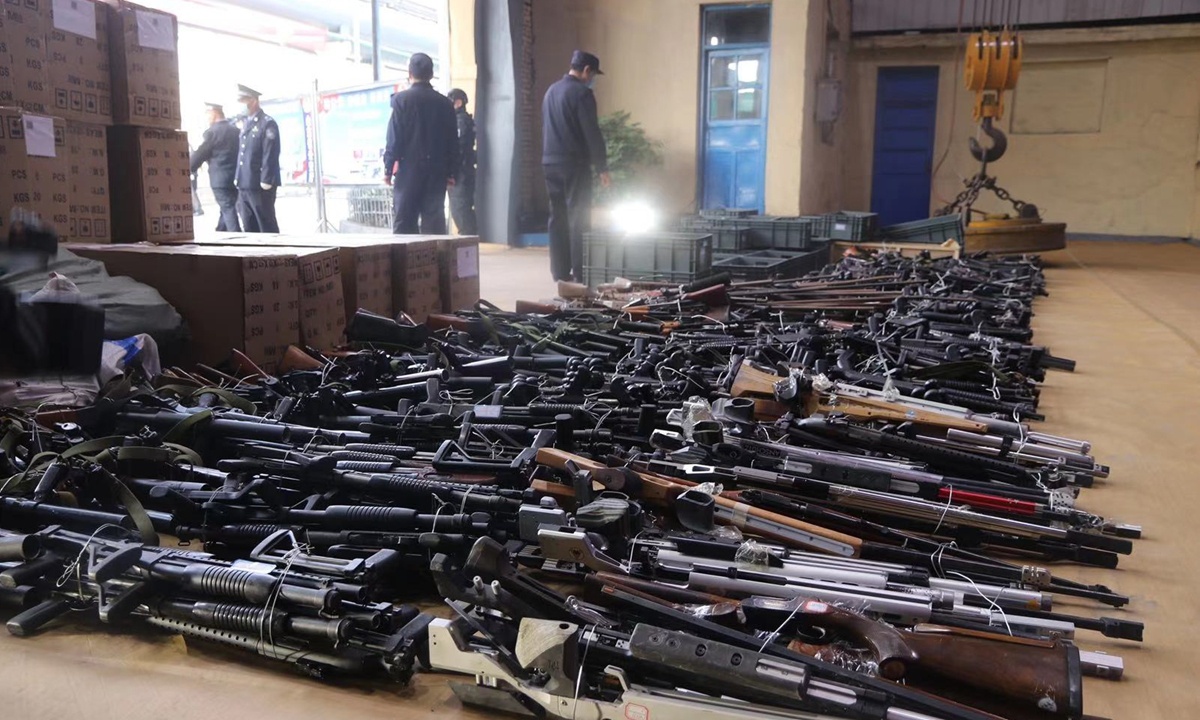 Coordinated by the Ministry of Public Security, 153 cities across China carried out a national joint operation on Tuesday morning, destroying some 69,000 illegal guns and a large number of explosives in a centralized and safe fashion.

On Tuesday morning, the Global Times reporter learned at the main venue of the national event in Jinan, capital of East China’s Shandong Province, that in the first 10 months of 2020, the cases involving illegal possession of guns and explosives dropped by 13.3 percent and 19.2 percent respectively compared to the same period last year.

The confiscated illegal guns, including shotguns and air rifles, were cast into a convertor of the hot rolling department of the Shandong Taishan Steel Group Co on Tuesday.

The destroyed guns and explosives were confiscated by police or voluntarily turned over to police by their owners.

Officials with the Ministry of Public Security told the Global Times on Tuesday that the aim of the national drive was to fully display the effect and results of the special crackdown operation, as well the authorities’ determination and resolution to strictly enforce the law and crack down on crimes involving illegal guns and explosives.

The destruction of such contraband also aims to educate and warn the public to stay away from illegal guns and explosives, and mobilize them to support and participate in the crackdown operation, they said.

In February 2018, the Ministry of Public Security launched a two-year campaign to crack down on crimes related to guns and explosives.

The Tuesday event was the third of its kind launched by the ministry after police destroyed a large number of illegal guns and explosives in 154 cities in August 2019.