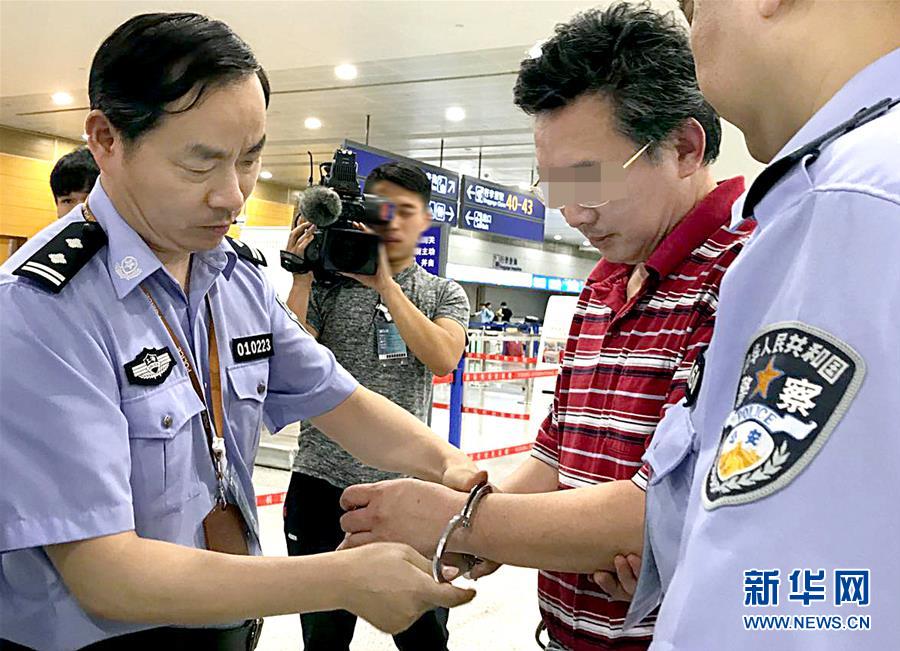 Five suspects were returned to China from the Republic of Korea, as a campaign to capture economic fugitives continues, the Ministry of Public Security said Friday.

The ministry said it was the first time that China has brought back fugitives from the Republic of Korea suspected of economic crimes, calling it a successful example of international law enforcement cooperation as the highest number of fugitives were extradited this time in the "Fox Hunt" campaign.

Starting in January 2012, the five suspects used illegal means to raise 140 million yuan (22 million US dollars) of public funds in the name of the companies they controlled, promising high interest rates.

The suspects fled to the Republic of Korea after their case was exposed, and attained permanent resident status in Cheju.

The local procuratorate in central China's Henan Province approved their arrest on charges of illegal acquisition of public funds in December 2016.

China requested the extradition of them via diplomatic channels, giving solid and ample evidence in June 2017. The police of the Republic of Korea apprehended the five fugitives in February and they were taken back to China on Friday.

It said China has the confidence, determination and capability to hunt down fugitives fleeing across the border. For those fugitives, surrendering to police back in China stands as the only correct way.