More than 17,000 historical artifacts were retrieved in the province during this period, according to the provincial public security department. 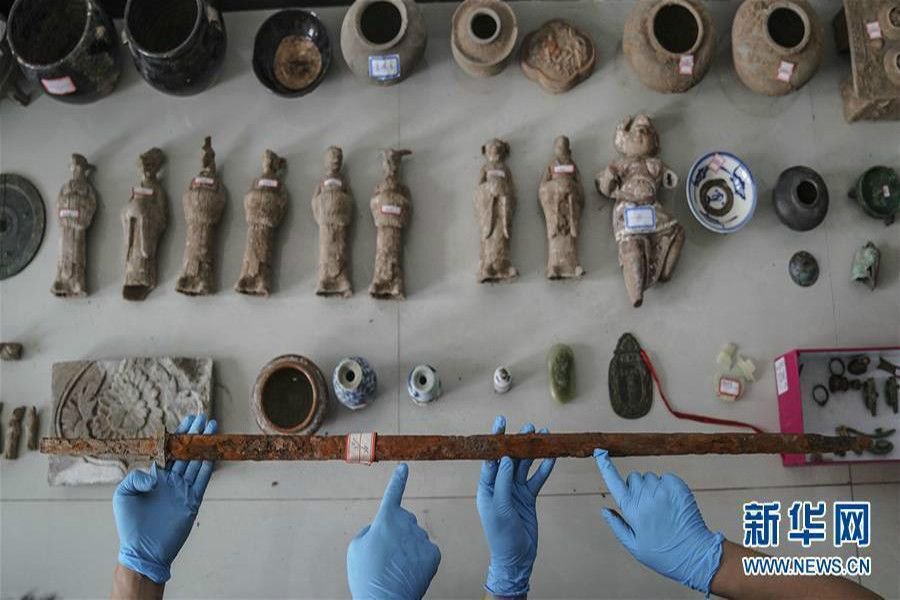 The numbers of suspects, cases solved, and retrieved relics have all surpassed the total numbers of the previous eight years.

In late January, Shanxi police announced that they had recovered a precious bronze plate, a long-lost cultural relic under top state protection.

As one of the dowries given to his eldest daughter by the Duke Wen of Jin, the 2,600-year-old bronze ritual vessel had changed hands in many provinces before being sold overseas. The police took months to identify the location of the lost treasure and related tomb raiders and smugglers.

Shanxi boasts abundant cultural heritage. The province has more than 53,000 immovable cultural relics, including ancient ruins, tombs and architecture. It is home to 452 cultural relics sites under state protection, the highest of all provincial regions.