Noting that the Standing Committee of the National People's Congress on Monday adopted a decision on thoroughly banning the illegal trading of wildlife and eliminating the consumption of wild animals to safeguard people's lives and health, Liu said the MPS is working out a guideline with other law enforcement agencies to implement the decision and related laws.

The hunting, trading and transportation of terrestrial wild animals that naturally grow and breed in the wild for consumption shall also be completely prohibited, according to the decision, and illegal consumption and trade of wildlife shall be severely punished. 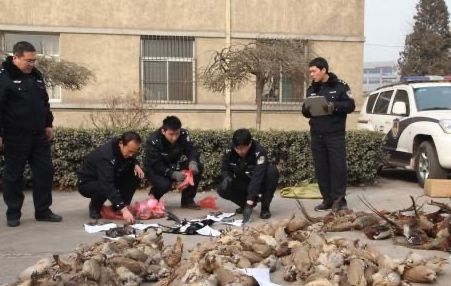