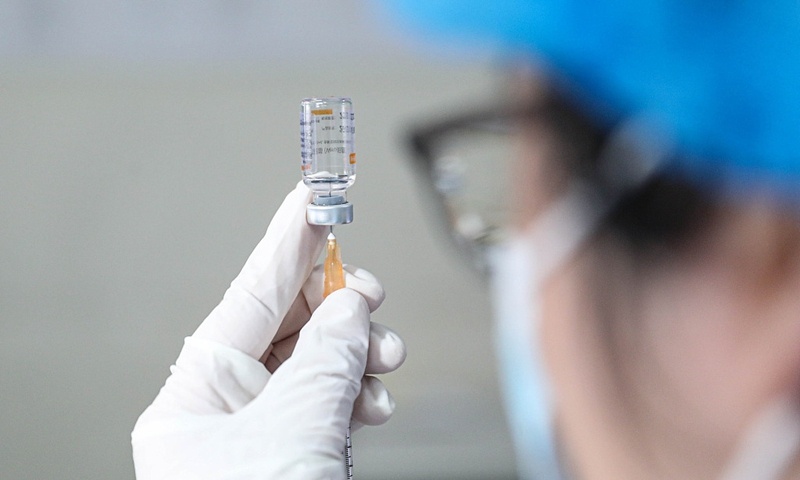 With an increasing number of vaccines being administered in China in recent years, a national political advisor has proposed to strengthen the cultivation of immunizers.

Feng Danlong, member of the National Committee of the Chinese People's Political Consultative Conference (CPPCC), proposes during this year's two sessions to expand the group of immunizers and allocate them with appropriate workloads to ensure the further improvement of inoculation services.

According to Feng, many problems exist in China's immunization sector, such as insufficient allocation and numbers, low payment, practitioners needing to improve their professional level, and a serious turnover of staff.

In China, the average number of immunizers for every 10,000 people reached 1.7 in 2019, conforming to the standard issued in 2004, and has remained at the same level until today, with every 10,000 people needing to be allocated at least one immunizer. However, this number can no longer meet the actual needs of an increase in the number of vaccine varieties and an increase in the population to be inoculated in recent years.

Feng explained that there were only five vaccines in China's Expanded Program on Immunization (EPI) in 2004. This number increased to 14 in 2007, and has remained until today. The workload of the immunization program increased at least threefold; however, the standard for personnel allocation has not been adjusted and the number of immunizers even showed a decreasing trend year-by-year.

Moreover, the public's demand in extra EPI vaccines is also increasing; and people place higher requirements on the professional level and capacity of vaccination services.

For example, in Shanghai, 5.58 million doses of extra EPI vaccines were administrated in 2020, more than the number of national EPI vaccines—3.83 doses.

In terms of the professional level of immunizers, a survey conducted by Shandong University in 2017 in Beijing, Guangdong, Hubei, Jilin, Yunnan provinces and the Xinjiang Uygur Autonomous Region showed that 33.33 percent of immunizers only had secondary or technical school diplomas or lower and 65.94 percent of practitioners only had primary professional title of their positions or no title at all.

The research also found that 54.35 percent of immunizers had an average income of 3,000 yuan ($463.86) per month or below, much lower than the income level of staffers from public hospitals in the same region.

Feng suggested that relative government departments should conduct researches and review the personnel allocation standards as soon as possible as well as promote the digitalization and informatization of inoculation work to ensure the quality of inoculation services.