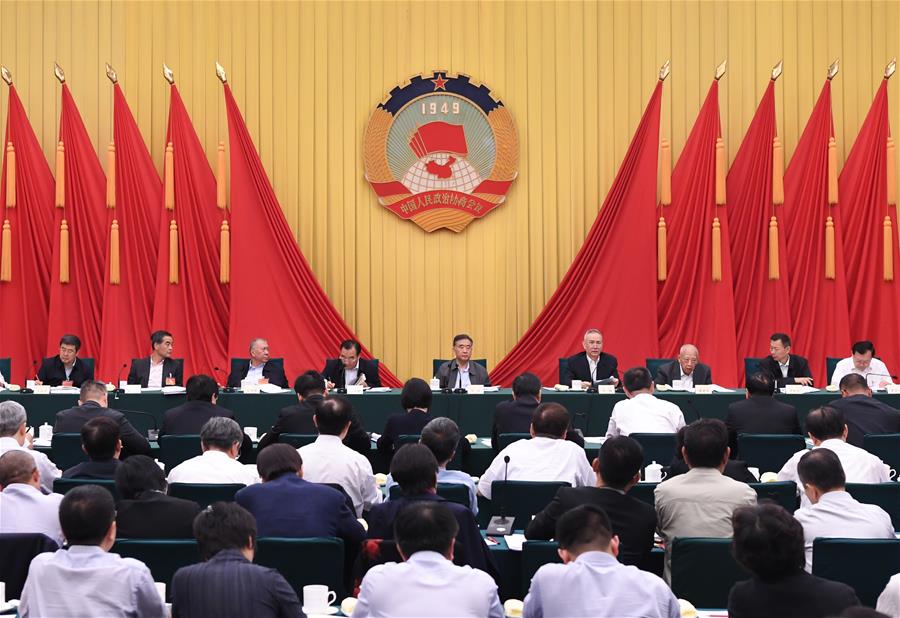 Wang Yang, member of the Standing Committee of the Political Bureau of the Communist Party of China Central Committee and chairman of the National Committee of the Chinese People's Political Consultative Conference (CPPCC), presides over a special consultative conference on improving the system for the prevention of systemic financial risks in Beijing, capital of China, on May 15, 2018. (File Photo: Xinhua)

The meeting was presided over by Wang Yang, a member of the Standing Committee of the Political Bureau of the Communist Party of China Central Committee and chairman of the Chinese People's Political Consultative Conference (CPPCC) National Committee.

During the meeting, 13 CPPCC members made speeches at parallel sessions in Beijing, Zhejiang, Hunan and Guangdong, or through cellphones, with 800 members putting forward suggestions via mobile platforms.

Political advisors agreed that the private sector had a bright outlook as China's stable and positive economic trend remained unchanged, and authorities were working to improve policy support for private businesses.

The participants said that greater efforts were required to widen market access for private capital, in particular public infrastructure projects that could operate in market-oriented ways and open to foreign capital, adding that government approval should be more transparent, standardized and convenient.

There also should be stronger protection of property rights, bigger tax reductions and improved financing, according to the meeting.

The CPPCC members also advised private businesses to focus on their main business and speed up transformation and innovation to make a contribution to the high-quality development of the economy.