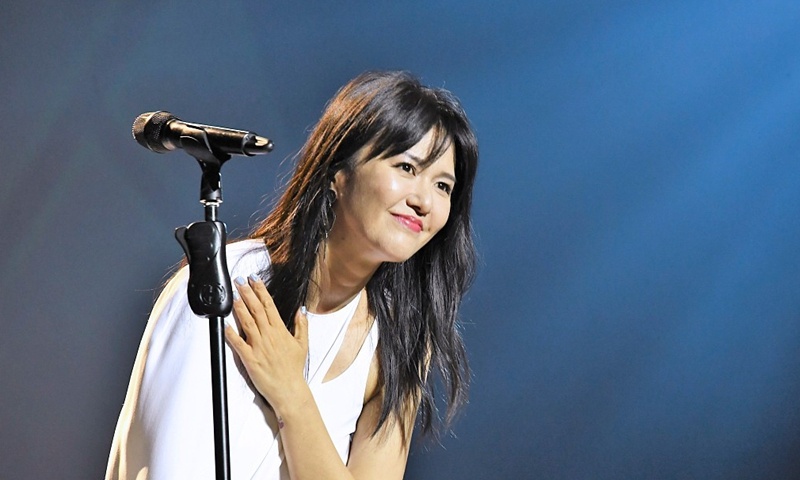 “Every word poked deep in my heart, with bitter cold,” wrote a netizen about the song’s lyrics.

“Our names are not really Xiaojuan, alias is our last line of defense,” read the lyrics in an apparent oblique reference to domestic violence.

During her live show, Tan was seen covering her mouth while she sings, implying that many women who are victims of domestic abuse remain silent and have little choice but to remain in an abusive relationship.

“This song gives me chills. Every word stings me like a cold thorn,” reads one netizen’s post that gives Tan credit for writing such “a brave song that shows the celebrity’s sense of social responsibility.”

“Those who were killed so brutally by people sleeping by their side should not be forgotten. Thanks Tan for singing out their pain, now I know music can be so powerful!” wrote another netizen.

In another horrific case, a woman named Lamu, from Southwest China’s Sichuan Province, died after her ex-husband Tang Lu allegedly doused her with petrol and set her on fire as she was attempting to livestream on September 14.

On Saturday the Jinchuan County People's Procuratorate in Sichuan, charged Tang with murder.