This is the third visit to Belgium by the Chinese premier in four years. 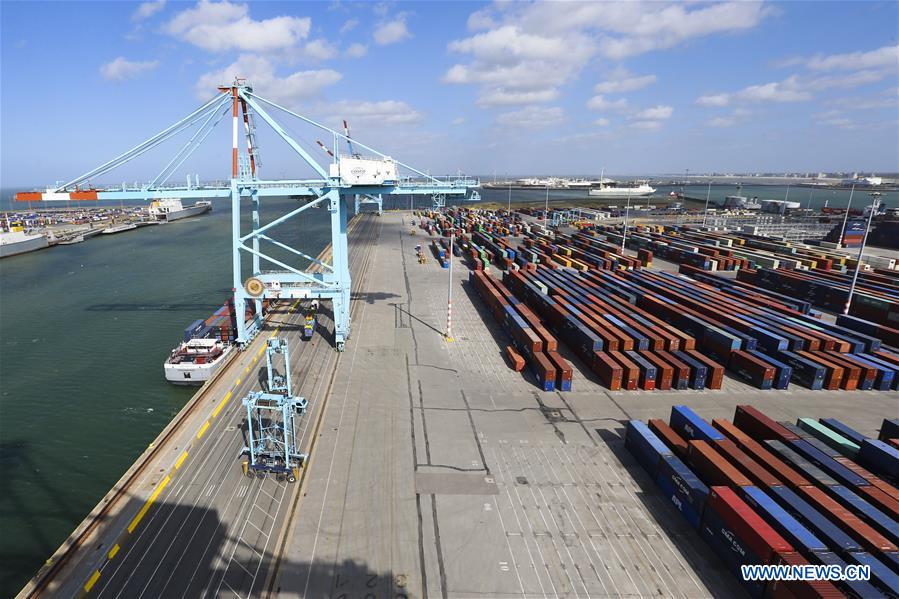 Photo taken on Sept. 18, 2018 shows a terminal operated by China Ocean Shipping Company Shipping (COSCO) at Zeebrugge Port in Belgium. COSCO acquired the port of Zeebrugge in late 2017 and brought in strategic investors in 2018. (Photo: Xinhua)

During his visit, Li will hold talks with Belgian Prime Minister Charles Michel. The two heads of government will also jointly meet the press and witness the signing of a series of documents on cooperation between the two sides.

Peace, development, opening-up and cooperation remain the mainstream of our time despite the complicated changes and uncertainties the world is facing, Li said upon arrival.

He suggested that Asia and Europe, as two major economic blocks and stabilizing forces in the world, enhance dialogue and cooperation, safeguard world peace, jointly meet challenges and pursue development.

Noting that Belgium, where the EU headquarters is located, has been a staunch supporter and participant of the European integration, Li said he is looking forward to having an insightful exchange of views on bilateral ties as well as China-Europe relations with the Belgian side.

Li also called on the two sides to cement political mutual trust, deepen pragmatic cooperation, and work to bring the China-Belgium all-round partnership of friendship and cooperation up to a new level in line with the principles of mutual respect, equal treatment and mutual benefits.

At the ASEM summit, Li is scheduled to exchange in-depth views with Asian and European leaders on jointly safeguarding multilateralism, building an open world economy as well as facilitating connectivity and people-to-people exchanges between the two continents.

"Li will also propose China's initiatives on Asia-Europe cooperation and share views on international and regional hotspot issues," Assistant Foreign Minister Zhang Hanhui said at a press briefing ahead of the visit.

Launched in 1996, the biennial ASEM summit has served as a venue for dialogue between Asian and European countries.

This year's summit, themed "Europe and Asia: global partners and global challenges," is expected to bring together leaders from over 50 Asian and European countries and representatives from international organizations.

This is the third stop of Li's Eurasian trip from Oct. 11 to 19. He has paid official visits to the Netherlands and Tajikistan, and attended the 17th meeting of the Council of Heads of Government of the Shanghai Cooperation Organization in Tajik capital Dushanbe.